Please ensure Javascript is enabled for purposes of website accessibility
Log In Help Join The Motley Fool
Free Article Join Over 1 Million Premium Members And Get More In-Depth Stock Guidance and Research
By Collin Brantmeyer - Apr 2, 2022 at 6:31AM

Ahead of the Warner Bros. Discovery merger, AT&T and Discovery Communications shareholders have decisions to make.

What happens if you own AT&T? 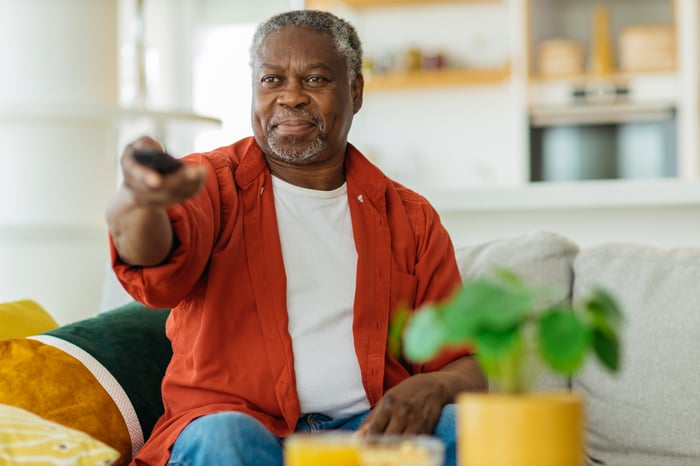 If you own AT&T stock at the end of trading on Monday, April 4, you will receive two temporary stocks in addition to your AT&T "T" stock before the market opens on Tuesday, April 5. If you sell "T" before the merger is complete, you will be selling AT&T common stock and the right to receive shares of WBD common stock.

The first temporary stock you will receive before the market opens on Tuesday, April 5, is under the New York Stock Exchange (NYSE) ticker symbol "T WI." If you sell "T WI," you will be selling only AT&T common stock while retaining the right to receive shares of WBD common stock.

The second temporary stock you will receive before the market opens on Tuesday, April 5, is under the Nasdaq symbol "WBDWV." If you sell "WBDWV" you will be selling your right to receive shares of Warner Bros. Discovery common stock while retaining your shares of AT&T common stock.

After the merger is complete, the temporary stocks "T WI" and "WBDWV" will cease to exist, and AT&T's "T" stock price will adjust lower to reflect the loss of WarnerMedia.

What happens if you own Discovery Communications?

Warner Bros. Discovery has guided for an impressive $52 billion in revenue in 2023 with $15 billion being direct-to-consumer (DTC), which includes popular streaming services like HBO Max and Discovery Plus. For comparison, Walt Disney, in its fiscal year 2021, made $50 billion in revenue with its media and distribution arm -- $16.3 billion of which was DTC revenue.