Please ensure Javascript is enabled for purposes of website accessibility
Log In Help Join The Motley Fool
Free Article Join Over 1 Million Premium Members And Get More In-Depth Stock Guidance and Research
By Eric Volkman - May 9, 2022 at 5:01PM

In a serious bear market, even the slightest whiffs of bad news from companies can really put the hurt on their share prices. That was the dynamic at play Monday with onetime investor darling DocuSign (DOCU 6.69%). The online document security specialist took a nearly 8% hit to its share price on some not particularly worrying news on the personnel front.

Just after market hours on Friday, DocuSign revealed in a regulatory filing that Trâm Phi, its general counsel and a senior vice president, had resigned from both positions. Her move is effective this Friday, May 13. The company wrote that this was "a personal decision to pursue other interests and was not the result of any disagreement with the Company." It didn't specify what those other interests might be. 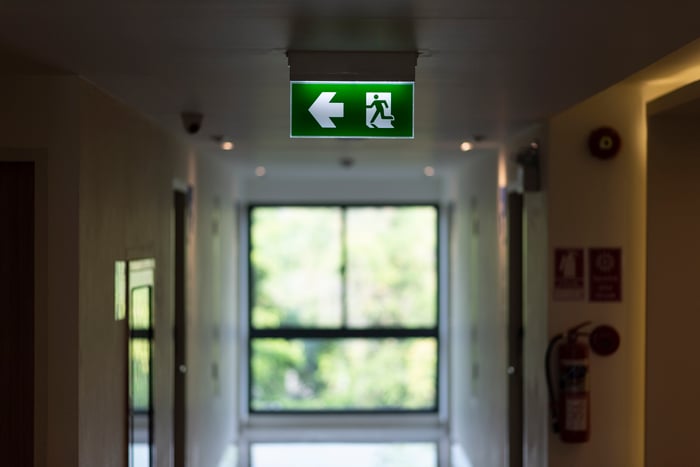 Investors typically don't like being blindsided by executive resignations. They also get uncomfortable when there's no apparent succession plan in place for a smooth transition.

Both concerns might have been a factor in DocuSign's Monday sell-off; these days, many people in the market are easily spooked and quick to pull the trigger on otherwise promising investments.

As far as we can tell as outsiders, Phi's resignation doesn't seem to indicate any excessive turmoil in DocuSign's executive ranks. Top managers at companies resign all the time, for various reasons, so this in itself is no reason to panic about a stock.

The tech company's shareholders shouldn't bail on Phi's move alone, but at the same time it's worth keeping a bit of an eye on the company to monitor for any future signs of distress.

Should You Buy DocuSign Stock Now?