This ETF has trounced the overall market handily -- and still shows long-term promise.

Picture it: You want to save for retirement, and you'd like to be invested in lots of huge and growing companies like Apple, Amazon.com, Microsoft, Google parent Alphabet, and Facebook. But you don't have that much money right now, and you don't want to have to follow the companies that closely, as you should really do when investing in individual companies.

Here's a solution: Park a bunch of your retirement dollars in the Invesco QQQ Trust ETF (QQQ 3.59%). 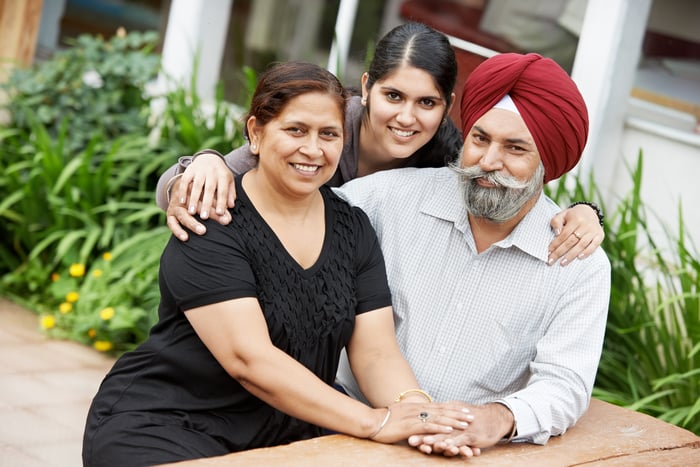 The Invesco QQQ Trust is an exchange-traded fund (ETF) -- a mutual fund-like security that trades throughout the day like a stock, and in which you can buy as little as one share. Many mutual funds require initial investments of $3,000 or more, and many companies in which you may want to invest trade at steep prices per share: Amazon, for example, was recently trading above $3,200 per share, while Alphabet's price topped $1,600. In contrast, one share of the Invesco QQQ Trust recently traded at about $285 per share.

What, exactly, is the QQQ? It's an index fund based on the Nasdaq-100 index, which, as Invesco explains, "includes 100 of the largest domestic and international nonfinancial companies listed on the Nasdaq Stock Market based on market capitalization." (It adds that "the Fund and the Index are rebalanced quarterly and reconstituted annually.") The table below shows the top 10 companies in the index (and, therefore, in the ETF). As you can see, it's weighted by market capitalization, so the biggest companies make up the lion's share of its value.

Indeed, just Apple and Microsoft together make up 24% of the fund's value -- almost a quarter of it. Add in the next four companies, and you're at almost 50% of the fund. There's good and bad to this: If you are excited by the prospects of the "FAANG" stocks -- Facebook, Apple, Amazon, Netflix, and Google (now organized as Alphabet) -- this is a quick and easy way to own all five of them, plus 95 other companies.

A downside, though, is that if one of those major holdings falters, it will have an outsized effect on the fund's performance. And if you have high hopes for the 37th and 85th companies in the index, they are held in such small proportion that they won't be moving the needle easily.

So the focus of the ETF is really those top few companies, and they do hold a lot of long-term promise. Consider, for example, that Alphabet not only owns Google, but also YouTube, Nest, and Waze. Facebook, meanwhile, owns Instagram, WhatsApp, and Messenger, while Microsoft owns LinkedIn, Skype, and many other businesses. Amazon, of course, is a huge online retailer, but it's also a major cloud-computing entity with its Amazon Web Services, which recently generated about half of the company's operating profits. Oh, and Amazon also owns Whole Foods, Audible, IMDb, GoodReads, and Zappos, among other things.

We can't know how the index will perform in the coming few years or the coming 20 years, but the table below shows some possibilities if you invest $10,000 in the QQQ annually over various periods:

You may not be able to sock away $10,000 every year, and you may not average 15% or even 10% annual growth, but you'll still likely build up considerable assets over time.

Of course, the QQQ is not the only index fund worth considering. You might want to go broader -- or narrower -- or spread your money across several indexes. You can invest in the entire Nasdaq composite index of more than 2,600 companies via any of the index mutual funds and ETFs that track it, such as the Fidelity Nasdaq Composite Index Fund (FNCMX 2.01%).

Then there's the much newer Nasdaq Next Gen 100 ETF (QQQJ 1.46%), focusing on the "next generation" of exciting growth stocks that exist in areas such as software-as-a-service and digital transformation. Here's how Invesco describes the index fund: "The Invesco NASDAQ Next Gen 100 Fund ... is based on the NASDAQ Next Generation 100 Index ... The Index is comprised of securities of the next generation of Nasdaq-listed non-financial companies; that is, the largest 100 Nasdaq-listed companies outside of the NASDAQ-100 Index."

Be sure to not put all your eggs in any one investing bucket, unless it's a very broad bucket, such as one that tracks the S&P 500 or the entire U.S. stock market. Sticking with index funds is a reasonable strategy, and you might include some that focus on dividend-paying stocks and international stocks, perhaps along with some bond-focused funds.

As long as you have a decade or more before you retire, you may be able to amass a lot more money than you thought -- just approach it rationally, with reasonable expectations.

2 Index Funds That Could Make You a Stock Market Millionaire