When stocks perform well, an announcement of a coming stock split can make investors even more optimistic about the future. In the uncertain market environment we're facing now, however, many companies either have already made or are considering reverse stock splits to boost their share prices from extremely low levels. 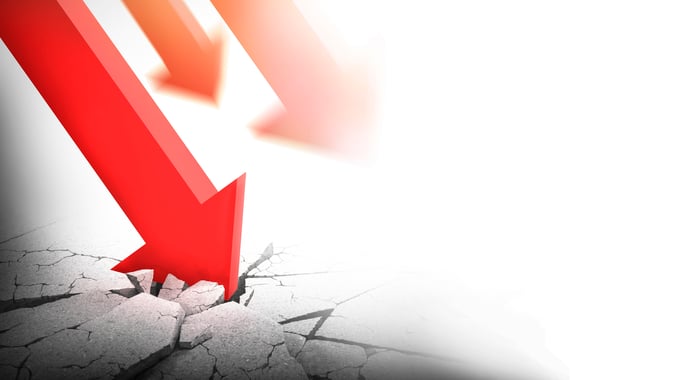 Still, investors have to wonder: Will reverse splits do any good, or are they basically the kiss of death for a company?

A sordid history
AIG (NYSE:AIG) is the latest company to implement a reverse split, but it won't be the last. With many major companies trading in the single digits, reverse splits may be necessary to boost stock prices back up to a level at which they don't look like penny stocks.

By themselves, splits shouldn't make any real difference. Whether regular or reverse, a split simply changes the number of shares outstanding. Offer two shares for every one existing share, and the price for each should get cut in half. Issue one new share for every 10 currently outstanding, and each share's price should multiply by 10. The net value should remain the same.

Nevertheless, reverse splits have not worked out well for many companies that have used them in the past. Sun Microsystems (NASDAQ:JAVA), for instance, did a 1-for-4 reverse stock split back in November 2007. A year later, the stock had dropped more than 85% before it turned around. Even after Oracle's (NASDAQ:ORCL) takeover bid for the stock, shareholders stand to receive less than half of what shares traded for at the time of the reverse split.

Similarly, in September 2006, Ciena (NASDAQ:CIEN) made a 1-for-7 reverse split. Although shares are currently back in the double digits, they're still down more than 65% from when the split took place.

Bright spots
As it turns out, not all reverse splits have been failures. Take a look at these stocks, which successfully recovered from reverse splits:

More broadly, however, recent research suggests that investing in a company that has just done a reverse split is a losing proposition. According to a 2006 paper that looked at 1,600 reverse-split stocks between 1962 and 2001, such stocks substantially underperformed the overall market during the three-year period following the reverse split -- by an average of 1.3 percentage points per month.

Focus on fundamentals
None of this should come as any great surprise. For a company's stock to trade low enough that it'll even consider a reverse split, it typically has to endure a terrible period of financial results. The split itself doesn't solve the operational problems a company faces, so companies that can't find a way to recover simply fail. The few that do find permanent solutions to their problems may have spectacular runs, but from an overall return perspective, they simply can't outweigh the vast majority of firms that fail.

Stocks that choose to undertake reverse splits brand themselves with a red flag. Given their reputation as wealth-killers, reverse splits simply drive away many investors from ever considering a given stock. If that aversion proves to be irrational -- that is, if investors abandon the stock for dead, even after its business prospects revive -- then it can be potentially quite lucrative for those who keep their eyes open to the opportunities it presents.

All other things being equal, though, companies that get themselves into a position where they need a reverse split have a lot against them from the start. Except in the most extraordinary cases, therefore, investors may be smarter to seek better investments elsewhere.