The United States has made a big push toward renewable energy in the past 15 years. Say what you want about mandates and subsidies, but they've gone a long way in thrusting wind, solar, and biofuels into the country's energy mix. But even with all of that nudging, renewable energy accounted for only 9% of total energy consumption in 2011. 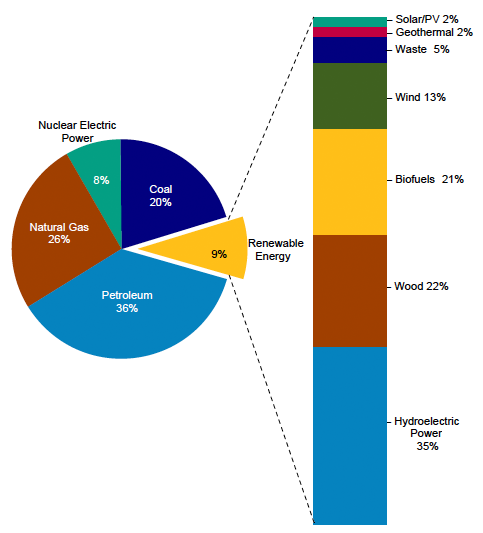 The rise of renewables has been fascinating nonetheless. Wind generation has cruised from 6 billion kilowatthours (BBkWh) in 2000 to 140 BBkWh in 2012, while ethanol production has soared from 3 billion gallons in 2003 to more than 13 billion gallons in 2012. Despite that growth, there is plenty of market left to disrupt and plenty of opportunity for investors. Here are five of the best stocks to buy in renewable energy. 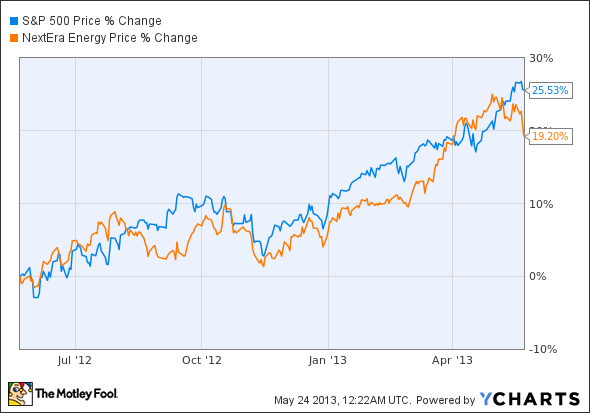 NextEra has been a key player in boosting the country's adoption of wind generation, with roughly 10,130 MW of capacity. It has stumped critics by turning wind power into a competitive advantage, although some of that may be tied to the controversial production tax credit. Nevertheless, wind represents 57% of the company's 17,771 MW of total capacity -- the largest proportion of any energy supplier. More than 95% of all energy generated by this green leader comes from clean or renewable sources, which include natural gas (23%) and nuclear (15%).

Only 360 MW of power comes from solar currently, but the company expects to add 900 more megawatts by the end of 2016. That is a trend that investors can expect to continue, as NextEra seeks to add more wind and solar for the long haul. Shares have neared an all-time high recently, but growth, profitability, and dividends remain intact. 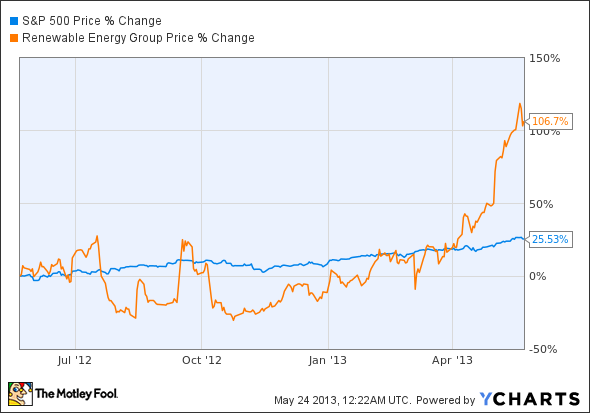 Don't let the recent run-up scare you away from REG: The company was vastly undervalued for most of its time on the market. The argument could even be made that the current share price doesn't account for growth assets coming online in the next few years. A leader in the American biodiesel market, REG operates more than 225 million gallons of annual capacity, with 150 million gallons more under construction. It reached $1 billion in annual revenue for the first time in 2012.

How important is REG to biodiesel? The company is on pace to supply 25% of the American market in the next few years. Still, shares will probably continue to have volatile swings thanks to the inherent uncertainty with mandates, which are made at the last possible moment each year. So don't be surprised if shares cool off soon. 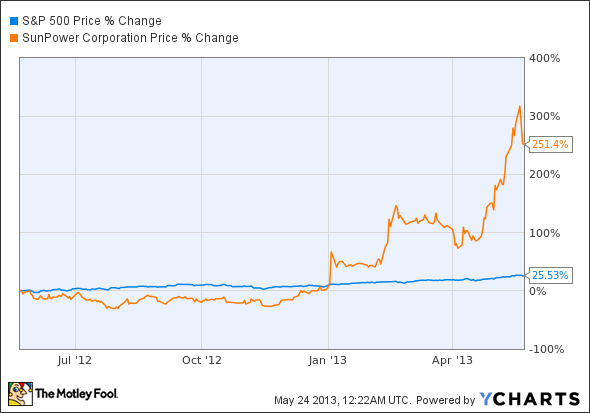 Investors in the solar market have been taken on a wild ride in the past five years, but SunPower shows that the trend may be reversing. The company has plenty of growth ahead of it in the residential solar market despite its torrid climb in 2013. Panel efficiency is expected to rise to 23% by 2015 -- tops in the industry -- while cost per watt is expected to decrease 35%, according a recent presentation (link opens a PDF). Both developments will help profitability soar.

Will advances in solar technology finally push its share of energy production to levels once promised? I''m optimistic that solar can enjoy the same growth that wind has witnessed in the past decade, although I'm not sure I would open a position at current prices. Then again, at its market cap of just $3 billion, you could make the case that SunPower is a great long-term play. If you haven't noticed, that's the Foolish way to look at things. 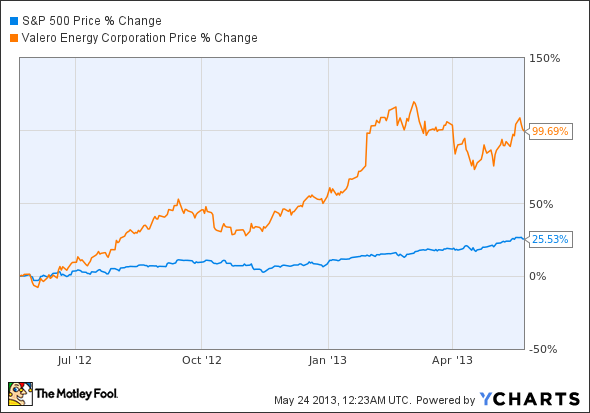 You may wonder how Valero makes a list for renewable energy. However, I believe that the nation's third largest refiner has potential as a budding renewable-energy play for investors. Valero became the third largest ethanol producer in the country -- with 1.2 billion gallons of annual capacity -- after acquiring 10 state-of-the-art biorefineries in recent years. It's a relatively new venture, but look for the company to begin building second-generation biofuel manufacturing capacity by the end of the decade.

Valero has also made investments in next-generation biofuel technologies such as green crude and algae farms, although each will take considerable time to prove effective at commercial scale. In addition, the company erected a 50 MW wind farm in 2009, but its sole purpose is to supply power to its 70-year-old refinery in Sunray, Texas. Does that qualify as green crude? 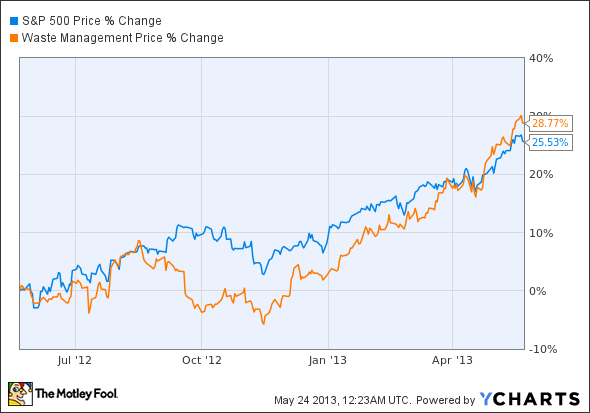 Rounding out the alphabetically sorted list is Waste Management. You may think this is another unusual play in renewable energy, but the company is developing a vast portfolio of waste-to-energy technologies that turn the status quo on its head. The waste-service provider has discovered how to efficiently use the garbage in its landfills to produce compressed natural gas fuel, clean electricity, and manmade carbon sinks for the betterment of the environment.

The company believes its landfills produce more electricity each year than the entire American solar industry. Perhaps more astonishing, an ambitious goal to increase renewable-energy production 67% by 2020 is on schedule. That would give Waste Management an energy portfolio capable of powering more than 2 million homes and offset nearly 3.7 million tons of coal. Invest in a sleek renewable-energy stock and enjoy one of the best dividends on the market. What more could you want?

Foolish bottom line
We'll probably never live in a world that generates more power from renewable energy than from fossil fuels, but that won't stop an ambitious group of companies from trying. That ambition equates to opportunities for savvy investors, even if it does seem like a long shot today. The truth is we can never rule out game-changing technologies from being developed. For instance, Pittsburgh-based Aquion Energy is developing grid-level energy storage solutions that could alleviate the large fluctuations of wind and solar power generation. If we could store wind energy generated in off-peak hours and feed it to the grid during peak usage, the United States could technically generate all of its electricity from wind alone. Maybe all of that ambition will pay off after all.