Initial jobless claims fell 2.7% to 323,000 for the week ending Aug. 31, according to a Labor Department report released today. After hitting 337,000 in mid-August, this latest report marks the second week of declines and puts initial claims near their recovery low. 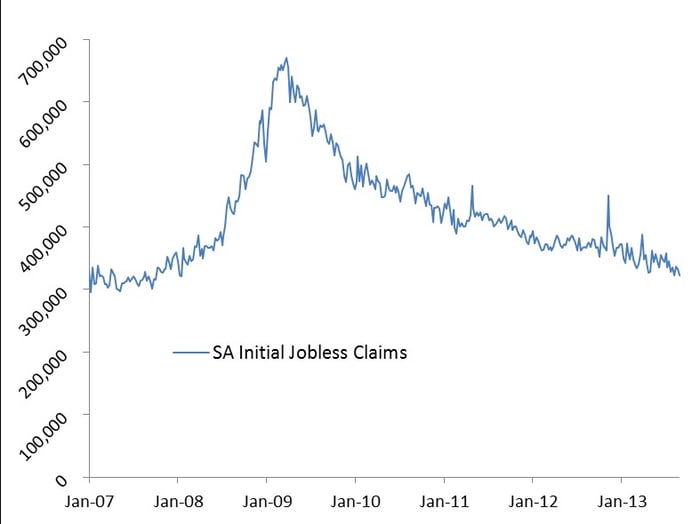 From a more long-term perspective, a 1% fall in the four-week moving average to 328,500 initial claims reversed a gain in that metric the previous week. Both the latest week's claims and the four-week average fall significantly below 400,000, a cutoff point that economists consider a sign of an improving labor market.

On a state-by-state basis, California and Missouri recorded a decrease of more than 1,000 initial claims for the week ending Aug. 24 (most recent available data). California pointed to fewer services layoffs as the primary reason for its 2,540-claim dip, while Missouri gave a nod to manufacturing and construction for its 1,710 reduction.

For the same period, only New York registered an increase of more than 1,000 initial claims. Its numbers bumped up 3,570 due primarily to transportation and health care layoffs.