In a study involving 96 countries, these 10 offer the most unfavorable income tax rates. Did the U.S. make the list?

We're less than two months away from rolling over into 2014, which can mean only one thing -- it's time to start thinking about taxes once again.

Taxes are a necessary evil that help to pay for life's basic necessities, such as education and transportation. They also help to fund Medicare and Social Security, which provide health care and income security for us when we get older and retire from our jobs. But they're also a burden that, if we had our choice, we'd rather not pay at all.

Today, courtesy of a CNBC report, we're going to look at 10 countries around the world that have the highest marginal income tax rates. We'll see where the United States stacks up on that list, and then afterwards I'll offer up some suggestion you can possibly implement that'll help you lower your taxes come April.

Here are the 10 countries with the highest income-tax rates:

Notice a trend?
The big observation to make here is that Europe is the hotbed for income taxation among the most industrialized countries in the world. According to the 96-country study of highest marginal tax rates, eight of the top 10 countries are in Europe.

Why Europe, you might wonder? A lot of Europe's higher tax rates have to do with its austerity measures instituted over the past couple of years. Taxes are a constraint on European citizens -- ergo the tepid growth rates we've witnessed in the region -- but higher taxes are needed to balance certain European countries' budgets that were heavily in the red before the recession. In all likelihood, Europe's high taxes are here to stay for a long time.

Honestly, Aruba is the only anomaly on this list, with the world's leading income-tax rate of nearly 59%. However, residents of Aruba enjoy an above-average standard of living and generally low unemployment rates, which can make up for what appears to be a very high marginal income tax rate.

We have it made by comparison
The United States ranked only 23rd, according to KPMG, which conducted the 96-country study last year. Since then, marginal tax rates for the wealthiest individuals, those bringing in more than $400,000 per year, have risen from the 35% threshold that KPMG calculated to 39.6%. Still, this is well off even Ireland's 48% marginal tax rate in 10th place. 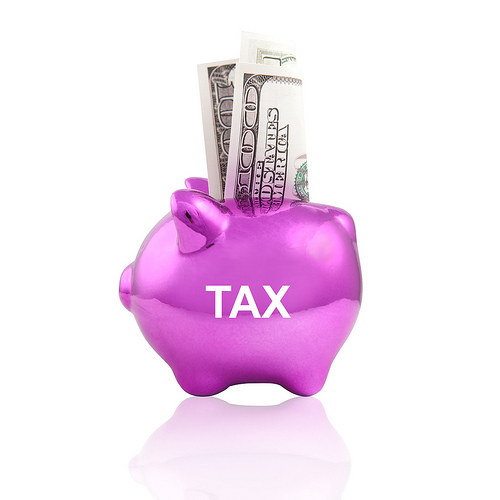 In other words, we may loathe paying our taxes, but we really have no cause to complain, given that many European countries require a higher tax rate from their citizens and at a considerably lower threshold -- like Belgium, which kicks in a 50% marginal tax rate at just $46,900. Our investment income taxation is also considerably lower than certain countries. Whereas we can pay 15% on long-term capital gains, residents of Denmark will pay anywhere from 28% to 42% on capital gains, and in some special situations even as much as 51.5%!

The Motley Fool owns shares of IBM. Try any of our Foolish newsletter services free for 30 days. We Fools don't all hold the same opinions, but we all believe that considering a diverse range of insights makes us better investors. The Motley Fool has a disclosure policy.