The mid-size sedan market is one of America's most important segments, but the competition is fierce. Can Subaru's 2015 Legacy reverse its sales decline with its new design?

Subaru, an automotive unit of Fuji Heavy Industries (FUJHY 4.03%), is easily one of the hottest brands in America after posting back-to-back sales increases of 26% in 2012 and 2013. Subaru was also the only brand to generate six consecutive years of sales gains, with five being record sales years for the company. The company -- known for its all-wheel drive sports cars, SUVs, and boxer engine -- designs popular vehicles in many segments, except one. It has failed to win over consumers in one of America's most important markets: mid-size sedans. The competition is fierce, but the company's redesigned 2015 Legacy might be a game-changer for the company.

Is it good enough?
Last year, Subaru's sales in the U.S. topped 424,000, and the company is striving to reach 500,000 sales. But it won't accomplish this feat without a turnaround in its Legacy sales, which declined 10% last year and ranked 13th in sales amid a fierce mid-size sedan market. To better understand if Subaru can turn its Legacy sedan into a mid-size winner, let's look at which models are having success and what consumers want. 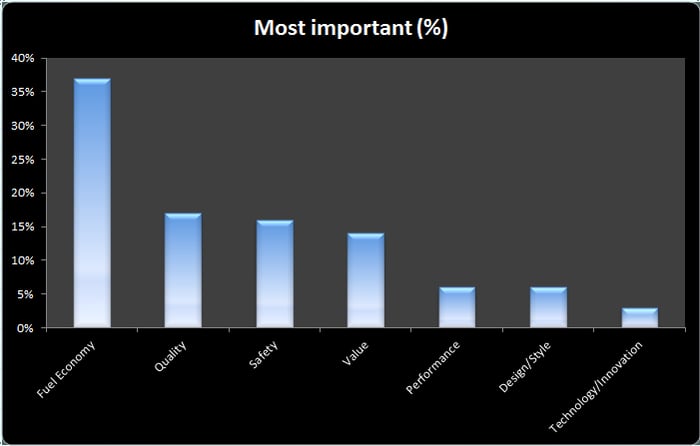 According to a survey by Consumer Reports, fuel economy, quality, and safety are top priorities when shopping around. The good news for Subaru fans, investors, or car buyers, is that the 2015 Legacy sedan delivers on all three.

In terms of quality, Subaru's 2015 Legacy is its roomiest version ever, with the largest passenger cabin in the mid-size segment. It has revised powertrains and Active Torque Vectoring for better agility. The company has a record of delivering quality with consumers, and Subaru ranked sixth in brand perception out of nearly 40 brands -- according to a Consumer Reports survey that judged quality, safety, value, design, and technology. That's part of the reason 60% of Subaru's sales have come from buyers who are new to the brand, an awesome accomplishment in such a loyal automotive industry. Subaru's EyeSight technology is the highest-rated front crash prevention system, according to the Insurance Institute for Highway Safety, or IIHS. Subaru also claims its 2015 Legacy is projected to achieve the IIHS Top Safety Pick+ award.

Two other factors will play a huge role in whether the 2015 Legacy can compete with the Fusion, Camry, and Altima: exterior and technology.

Previously the mid-size sedan segment was typically filled with value based, bland looking, vehicles with good fuel economy. Ford's Fusion was really the first in the segment to break through by bringing a mid-size sedan with a more aggressive coupe styling. That enabled Fusion sales to take off, so much so that Ford had troubles keeping enough supply at times last year. 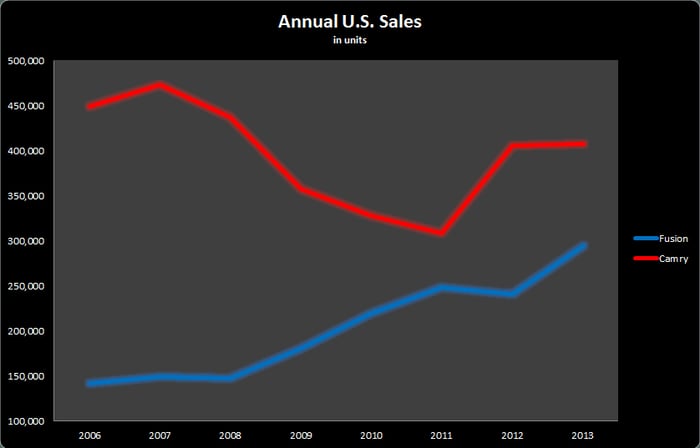 While the 2015 Legacy definitely has a more aggressive front end and boasts a sleeker, coupe-like profile, and HID low-beam headlights for a more premium appearance, it may not make the same styling splash as the Fusion did.

Another selling factor for consumers is technology, and the Legacy will have a massively upgraded infotainment system. In its premium version it adds a six-speaker audio system with a 7-inch touchscreen display, Sirius XM satellite radio, and iTunes tagging capability. Subaru also offers its EyeSight driver-assist system option for its premium and limited trim models, and it integrates adaptive cruise control, pre-collision braking, and vehicle lane departure warning.

In all, Subaru has hit the most important factors to make its 2015 Legacy sedan a much more competitive option, and if its styling is aggressive enough to separate from the competition, the company could have a game-changer on its hand. If the Legacy succeeds where it has recently failed, Subaru could hit its goal of 500,000 sales much sooner than expected and continue to be one of America's hottest brands. Will the 2015 Legacy be a hit like the redesigned Fusion? We'll know soon enough.