South Korean steel giant POSCO (NYSE:PKX) is expecting Chinese steel demand to slow, but sees global demand growth in the 3% to 4% range. Although that's not going to drive an industry turnaround, it should be enough to slowly get it back on its feet.

A tough year
POSCO's top line was down nearly 3% in 2013, but its bottom line fell over 40%. This marks the third consecutive year of declining revenues and profits for POSCO. While some of that was related to foreign currency fluctuations, a difficult steel market was the real issue.

Digging into the company's revenues shows the trend more clearly. Over the last three years, POSCO's non-steel revenues have increased 4%. Steel revenues, however, have fallen nearly 15%. Clearly, steel is the big story, and it hasn't been a pleasant read for investors.

AK Steel (NYSE:AKS) also posted a loss in 2013, with CEO James Wainscott talking about looking toward the future after the, "challenges of the past 5 years..." On that front, CFO Roger Newport noted, "Our fourth quarter results demonstrate a substantial improvement from our third quarter results, and we are pleased that we have returned to profitability."

U.S. Steel's Burritt echoed that, saying that U.S. Steel's, "fourth quarter results reflect better conditions than those faced as we exited 2012. We weathered the storm with five years of losses and are ready for a better 2014." 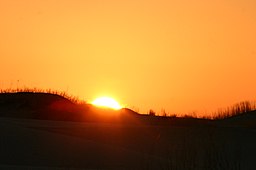 While both U.S. Steel and AK Steel sound like they are expecting a relatively strong 2014, there are still big issues to deal with. Excess capacity being among the biggest concerns. On that front, Nucor (NYSE:NUE) CEO John Ferriola stated during his company's fourth quarter earnings call that, "Global steel production overcapacity is the greatest threat to Nucor and to our entire industry."

Ferriola quantified a major factor behind this issue in his third quarter comments when he noted that, "...Chinese excess steel capacity alone is at least 300 million tons." That's a notable headwind for the industry, but it's important to note that demand isn't the big concern. In fact, POSCO is looking for steel demand to grow between 3% and 4% in 2014. Steel demand grew about 3% last year.

That outlook, however, again hinges on China. Demand in that country grew about 6% in 2013, but is expected to fall by up to half in 2014. If that worst case scenario plays out, world demand will be at the low end of POSCO's projected range. China is quickly maturing, and the torrid growth it experienced over the past decade or so is seemingly doing the same.

Don't get excited
It's hard to get excited about an industry where a downturn has kept the red ink flowing at large industry players like U.S. Steel for five years. While U.S. Steel, AK Steel, and POSCO all sound more positive about the prospects for 2014, the outlook is still for tepid growth and continued overcapacity.

Being so close to China puts POSCO in the direct line of fire with regard to the slowdown in that maturing giant's growth. With overcapacity concerns there still an issue, you're probably better off avoiding the Korean steel mill. Losses at AK Steel and U.S. Steel, meanwhile, show how susceptible this pair is to steel industry swings. That could mean big upside potential, but if things don't work out as expected it could also mean another year of losses.

Of this quartet, only Nucor managed to keep its head above water over the last four years (it posted a loss in 2009). As the steel industry works out its supply/demand imbalance, you're probably better off sticking with an already profitable industry leader.

Steel isn't the only industry heavily reliant on China's growth