Yingli Green Energy (NYSE: YGE) will release its quarterly report on Tuesday, and investors hope that the Chinese solar company can follow in the footsteps of peers Trina Solar (NYSE: TSL) and JinkoSolar (NYSE:JKS) in topping its expectations. Yet even though shipment volumes have been on the rise throughout the industry, so too have geopolitical tensions, which could hold back Yingli if global economic growth starts to get more sluggish.

For years, Yingli, Trina, JinkoSolar, and many other solar companies have struggled under a huge glut in photovoltaic capacity and the resulting rock-bottom prices for solar modules. As demand has been on the increase, though, solar companies have finally started to make headway, and a few fortunate companies have actually reached profitability. So far, however, making money has been out of reach for Yingli, and that raises the question of whether the company can keep competing as its rivals get more financially healthy. Let's take an early look at what's been happening with Yingli Green Energy over the past quarter and what we're likely to see in its report. 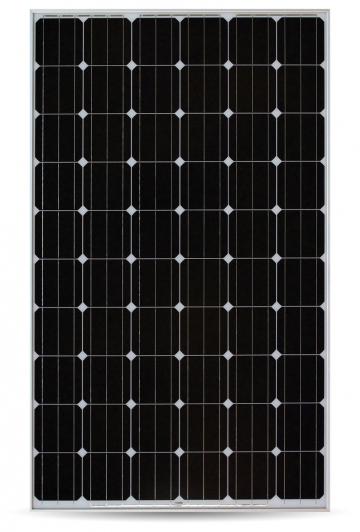 Analysts haven't budged on their assessment of Yingli Green Energy earnings recently, continuing to expect losses throughout the rest of 2014. Yet the stock has rebounded sharply, climbing almost 40% since early December.

Yingli has already given investors a sense of what to expect tomorrow, having released preliminary results a couple weeks ago. Yingli said that module-shipment volume rose 11% to 12%, which was better than the mid-to-high single digit percentage it had projected earlier. Yet those added sales are coming at the expense of gross margins, which Yingli expects to come in at 12% to 13% rather than the earlier estimate of 14% to 16%. That's not nearly as strong as JinkoSolar's combined rise in both shipments and gross margins, although Trina announced weaker module shipments and margin figures.

Those mixed results are consistent with Yingli's third-quarter report, which failed to deliver everything that shareholders had hoped to see. Yingli managed to narrow its losses from year-ago levels, but not by as much as expected given the rise in solar-panel prices that the industry saw. Even though Yingli said it still expected to see between 3.2 and 3.3 gigawatts of panel-shipment volume for the full 2013 year, investors sent shares downward as they concluded that the company wasn't taking full advantage of growth opportunities in China, the U.S., and Japan.

Yet demand is still rising, and that could help Yingli to an even greater extent than Trina, Jinko, and other solar players. In December, Yingli won a project in Algeria to build 233 megawatts of installed solar power. New projects with Shuozhou Coal in China and seven different opportunities in the U.K. show how hard Yingli is working to broaden its worldwide business.

The future of Yingli, Trina, JinkoSolar, and their solar peers might well rely on their ability to sell projects to local buyers more readily. Last week, Trina's sale of a modest-sized project within China led Credit Suisse to conclude that a more liquid market for Chinese solar projects could spur more development, as Yingli and other companies could build more projects without worrying as much about long-term financing.

In the Yingli earnings report, watch closely for guidance for the 2014 year. With the solar industry in China in hypergrowth mode, Yingli needs to catch up with its peers if it wants to reach profitability and start paying down some of its sizable debt load.

Click here to add Yingli Green Energy to My Watchlist, which can find all of our Foolish analysis on it and all your other stocks.