Investors can look for a relatively flat start to the stock market today: The Dow Jones Industrial Average (DJINDICES:^DJI) has gained a modest 23 points in pre-market trading. But that quiet morning could give way to a volatile afternoon as the Federal Reserve is set to  announce its latest interest rate policy decision at 2 p.m EDT.

Economists expect the central bank to again cut its monthly bond buying program by $10 billion. The Fed may also scrap its guidance for when it plans to actually begin raising long-term interest rates. That forecast currently calls for rates to stay near zero "well past the time that the unemployment rate declines below 6.5%." However, we are approaching that threshold, so new language could clarify the Fed's goals. 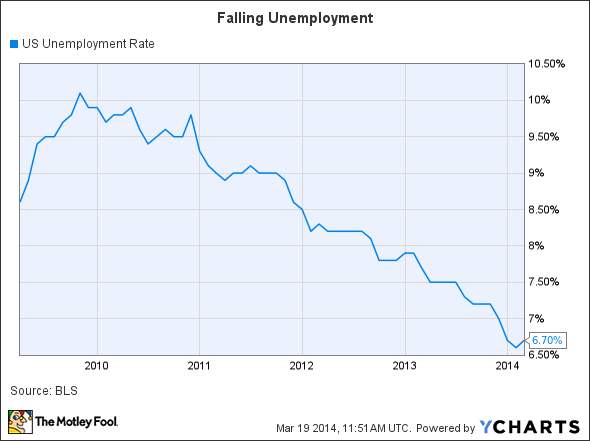 In the meantime, news is breaking this morning on several stocks that could see heavy trading in today's session, including FedEx (NYSE:FDX), General Mills (NYSE:GIS), and JPMorgan Chase (NYSE:JPM).

FedEx today announced disappointing third-quarter earnings results that the company said were "significantly affected by severe winter weather." Profit came in at $1.23 a share, well below the $1.46 that Wall Street was expecting. The main culprit was a batch of winter storms that lopped an estimated $40 million from FedEx's ground delivery business. Meanwhile, sales rose by 3% to $11.3 billion, roughly even with analysts' estimates. FedEx had to lower its full-year earnings outlook due to the profit hit it took in the quarter, but its long-term earnings improvement plan remains on track, it said. The stock is up 0.02% in pre-market trading.

General Mills today booked earnings results for its fiscal third quarter. Sales fell by 1% to  $4.38 billion, while profit rose by 7% to $0.64 a share. Analysts were expecting exactly that profit level, but a bit more in revenue from the food and snack giant. The company said that extreme winter weather was to blame for a 2% dip in the quarter in its U.S. retail business. Still, it sees profits continuing to rise: Food cost inflation will be tame next quarter, leading to a projected double-digit earnings pop. General Mills stock is down 0.71% in pre-market trading.

Finally, JPMorgan Chase has agreed to sell its commodities trading business to a Switzerland-based energy trading operator called Mercuria Energy Group, The Wall Street Journal reported. The sale might net JPMorgan a few billion dollars, but the company is likely more interested in getting rid of the extra risks and government regulation exposure that commodities trading brings. JPMorgan's stock is unchanged in pre-market trading.