Please ensure Javascript is enabled for purposes of website accessibility
Free Article Join Over 1 Million Premium Members And Get More In-Depth Stock Guidance and Research
By Keith Noonan - Mar 22, 2014 at 11:00AM

Sony's PlayStation 4 pulled off a small victory over Microsoft's Xbox One to become the best selling hardware in February. Meanwhile, sales of Nintendo's Wii U saw a notable bump.

The early sales lead established by the Sony ( SONY 3.11% ) PlayStation 4 has many speculating the console will be the generation's big winner. January's North American sales saw the PS4 outperform the Microsoft ( MSFT 2.68% ) Xbox One by an approximate 2:1 margin. Meanwhile, the Nintendo ( NTDOY 3.19% ) Wii U has been looking like a dud in all major territories.

With Japan looking to play a reduced role in this round of the console race, success in Europe and North America becomes increasingly important. Sony's console appeared to have a considerable momentum advantage in territories that Microsoft won in the last console cycle. The most recent leaks of NPD Group February sales data show the Xbox One turning in a stronger North American performance than many had anticipated, however.

Xbox One sales increase
The PlayStation 4 has been supply constrained in many territories since its launch. While the device is readily available in Japan and posting disappointing sales in the country, Sony has been having difficultly producing enough units to keep the system on North American and European store shelves. The PlayStation 4 features a more powerful hardware set and retails at a cheaper price point. These factors undoubtedly contributed to the PlayStation 4 selling approximately 280,000 units in North America compared to the approximately 140,000 units for Xbox One. February's numbers were much closer.

A press release from Microsoft stating that the Xbox One was outperforming the Xbox 360 by 60% when compared over corresponding periods led to extrapolations that the Xbox One had sold approximately 258,000 units in February. Estimates put sales of the PlayStation 4 at approximately 286,000 units for the month. Considering that January is a five-week tracking month compared to February's four, this means the PlayStation 4 experienced a slight sales decline, while the Xbox One enjoyed a notable increase.

PS4 was supply constrained
The Xbox One catching up to the PlayStation 4 in February could be a result of Sony's console being widely supply constrained. The launch of the console in Japan meant Sony had fewer units to allocate to North America. Consumers who might have otherwise purchased a PS4 might have chosen to pick up an Xbox One if they could not easily find Sony's system.

A relatively decent month for the Wii U 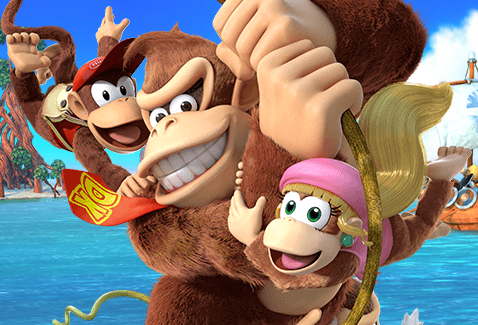 Nintendo's Wii U enjoyed a stronger North American sales month than has been typical. A press release from the company indicates the console's sales were up 25% over February of the preceding year, meaning it moved approximately 82,000 units in the month. The company's Donkey Kong: Tropical Freeze also posted solid sales, shifting approximately 130,000 units in its first eight days on the market. While Nintendo is likely pleased with the Wii U's performance in relation to some of its weaker months, the system has a rough road ahead. The console will not see a major software release until the end of May, with Mario Kart 8.

How big will Titanfall be?
The narrowing of the gap between PS4 and Xbox One sales suggests that much of the doom and gloom surrounding Microsoft's latest console may have been premature. The March 11 launch of Titanfall from publisher Electronic Arts and the hardware bundle featuring the game give Microsoft's console a good chance of outselling PlayStation 4 in the next North American monthly tracking period. Microsoft's system will still probably be outsold by the PlayStation 4 in European territories (where price typically plays a bigger role in determining market leadership,) but February's sales data serves as a good reminder that this round of the console wars is still in an early stage.

The tides of March
Microsoft has set about improving the Xbox One's value proposition and getting its platform into a more competitive state. The $499 Titanfall bundle has the potential to make a big difference in March's hardware numbers. The Xbox One has a great shot of outselling the PS4 in the month. Failure to do so would be yet another in a long line of worrying indicators for Microsoft.

Supply constraint should be much less of an issue for Sony's PlayStation 4 going forward, and the coming months should provide a much better window into the future of the console race.