In 2013, Starbucks (NASDAQ:SBUX) was the leading restaurant chain within the coffee category with 10.6% sales growth over 2012. A big driver was the more than 3 billion customers visiting Starbucks annually at the company's 20,000 global locations, including nearly 11,500 in the United States.

Coffee has never been more popular. Direct competitors to Starbucks, like Dunkin' Brands' (NASDAQ:DNKN) Dunkin' Donuts, are now being joined by historically less-direct competitors such as Panera Bread (NASDAQ:PNRA) and McDonald's (NYSE:MCD).

Recently, Starbucks announced it would be expanding the sale of alcohol at select U.S. locations. Long term, however, will selling alcohol give Starbucks a buzz or a hangover when you factor in the effect on the company overall?

Current plans by the company state that alcohol sales will generally follow an evening program of strictly beer and wine options after 4 p.m. at select locations near nightlife locations.

Starbucks CEO Howard Schultz recently commented that the typical customer spends about $5 per visit, and that beer and wine sales could easily double that average. Furthermore, the company suggested that alcohol sales could nearly double Starbucks' current market value to $100 billion -- which would push the current stock price past $130 per share. 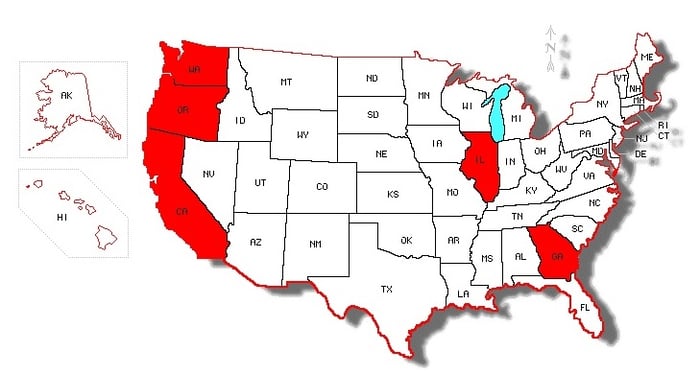 However, the real hidden gems in Starbucks' growth potential are its Evolution Fresh and Teavana subsidiaries that the company recently bought.

Starbucks spent $70 million on a state-of-the-art juicer so that Evolution Fresh could quadruple production to meet the demands of the super-premium juice category. In addition, Starbucks just announced a Teavana partnership with Oprah Winfrey. The talk-show icon will have her own Chai Tea line starting at the end of April.

With intentions to continue expanding juicing capabilities, as well as potential plans to create a combined concept of Starbucks/Teavana store locations, the possibilities are already endless.

Four potential problems alcohol brings to the table
Selling alcohol may alienate some existing customers. There's a host of reasons that could keep customers away: religious beliefs, negative alcohol experiences, parents forbidding their children, and more conservative customers who prefer to avoid places where alcohol is sold.

Brand compatibility will also be called into question. For years Starbucks has been known as a coffee cafe. Many casual customers are still not aware that Starbucks even owns Evolution Fresh and Teavana. Adding alcohol to the mix may confuse customers on where Starbucks is heading both as a business and a brand.

Traditionally Starbucks has been an outlet for younger job-seekers, especially those in high school or college. Alcohol introduces issues that vary from state to state. These may include  minimum age requirements to sell alcohol, training current employees to sell alcohol and/or receive bartending licenses, and the increased responsibilities that each location selling alcohol will now have.

However, the fourth and possibly most serious potential problem is alcohol poisoning. Studies have shown that the combination of caffeine and alcohol impairs judgment more than drinking alcohol alone.

In recent years, the U.S. Food and Drug Administration has cracked down on this mix in popular drinks including the Four Loko, which is said to be equal to approximately two cups of coffee and at least four beers. Caffeine is a stimulant and alcohol is a depressant, and the unpredictable combination has led the company that started making the Four Loko drink in 2005 to recently halt all production.

The future of Starbucks? By Lourdes Cardenal, via Wikimedia Commons

Opening the door to the competition?
Dunkin' Donuts has traditionally been seen as Starbucks' closest competitor. However, in terms of size and customer leverage, Dunkin' Donuts is still mainly an East Coast U.S. chain with a market cap that is nearly 10 times less than Starbucks. It  sells coffee first and everything else on the menu second.

Similarly, McDonald's has led all fast-food chains for years during breakfast hours. In the past, it wouldn't be out of the ordinary to see drive-thru customers ordering their breakfast at McDonald's while having a Starbucks coffee in their cup holder. Now that McDonald's is on a mission to increase its market share during breakfast with an improved coffee lineup, that trend is disappearing.

Bottom line
Starbucks has been making great business decisions for years. From its acquisitions of Evolution Fresh and Teavana to its success in implementing mobile payments (which has evolved into a $1 billion a year customer-loyalty program), Starbucks appears to be unstoppable.

However, there is a strong chance that there could be problems and potential backlash considering what alcohol sales could do for the company, its customers, and its shareholders.

Will Alcohol Give Starbucks a Buzz or a Hangover? @themotleyfool #stocks $MCD $PNRA $DNKN $SBUX Next Article
Current