Microsoft (NASDAQ:MSFT) just announced at its E3 2014 press conference that Rise of the Tomb Raider, the sequel to the 2013 reboot Tomb Raider, will arrive on the Xbox One during the holiday season of 2015.

Rise of the Tomb Raider is being developed by Square Enix's subsidiary Crystal Dynamics, and has not been announced for any other platforms yet. Its predecessor, Tomb Raider, was originally released in 2013 for Sony's (NYSE:SNE) PlayStation 3, Microsoft's Xbox 360, and Windows. Tomb Raider: Definitive Edition, a next-gen remake for the Xbox One and PlayStation 4, was released in January.

The business of Tomb Raider
The Tomb Raider series -- which launched on the Sony PlayStation, Sega Saturn, and the PC in 1996 -- has sold a total of 34.4 million copies over the course of 10 main games: 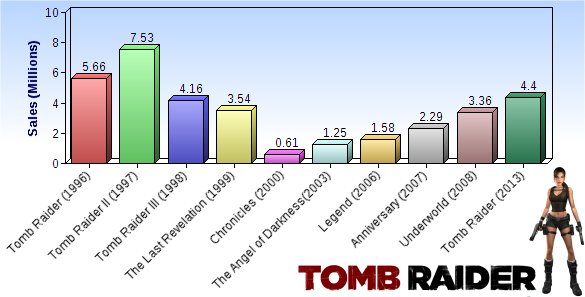 But then the law of diminishing returns kicked in, and the series bottomed out with Tomb Raider Chronicles and Tomb Raider: The Angel of Darkness, two games that bombed commercially and critically. The PC versions of Chronicles and Angel of Darkness earned scores of 57% and 49%, respectively, at review aggregator site Metacritic. By comparison, the original game earned a score of 86%. 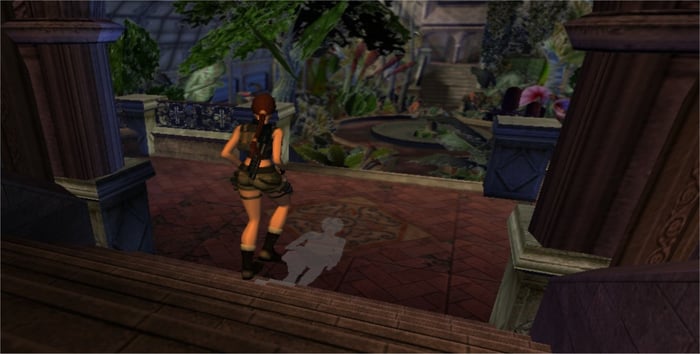 Angel of Darkness, a low point of the Tomb Raider series. Source: Steam.

Core Design, the original developers of Tomb Raider, handled the series until 2006. Crystal Dynamics took over the franchise with Tomb Raider: Legend, a 10th anniversary title that also partially rebooted the series. Meanwhile, Tomb Raider's publisher Eidos was acquired by SCi Entertainment in 2005, then sold again to Square Enix in 2009.

Since 2006, Crystal Dynamics has done an admirable job getting Tomb Raider back on track. Its 2013 reboot was well received across all platforms, with the PC version earning a score of 86% at Metacritic.

Reinventing a heroine for a new era
Yet sales and critical response only account for half of Tomb Raider's story.

Back in the 1990s, Lara Croft was widely regarded as gaming's first female superstar and one of the industry's first sex symbols. Lara Croft currently holds six Guinness World Records, including that of "the most recognized female video game character" in the world. She also became the unofficial mascot of Sony's original PlayStation, which helped the console solidify an edgier and more mature image than Nintendo's (OTC:NTDOY) N64 -- a perception that has stuck until today.

However, the new Lara that emerged in 2013 was radically different from her predecessor. The original Lara was brash, fearless, and effortlessly took down wolves and tigers with dual pistols. Her personality was primarily defined by cocky one-liners delivered in a British accent. In other words, Angelina Jolie's film portrayal of Lara Croft was actually a surprisingly accurate depiction of her video game counterpart. 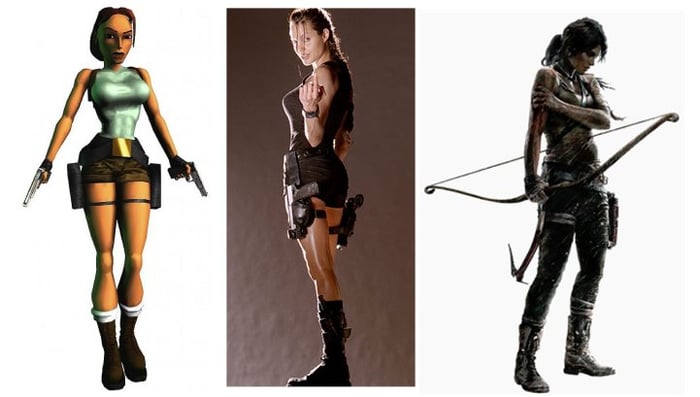 The new Lara, on the other hand, is much younger and less confident than the original version. She is portrayed as a timid, inexperienced young woman who evolves into a warrior by surviving brutal experiences. The new version also swaps out her revealing shorts for more practical cargo pants, and replaces her buxom features with more realistic proportions.

In other words, Crystal Dynamics cleverly recreated Lara Croft for a new generation accustomed to more realistic heroines like Katniss Everdeen from The Hunger Games.

The Foolish takeaway
The new Tomb Raider games could also serve as the foundation for a whole new franchise in comics, toys, and films. Dark Horse Comics launched a new Tomb Raider comic book series in February, which fills in the gaps between the end of the first game and the beginning of Rise of the Tomb Raider. MGM has also been developing a film reboot based on the new games.

In closing, Rise of the Tomb Raider probably won't generate Call of Duty-like sales for Square Enix, but it's not intended to. If Rise of the Tomb Raider is as well received critically and commercially as its predecessor, it could help the 18-year-old franchise win over a new generation of fans, and help Lady Lara retain her title as the most famous video game heroine in the world.