SolarCity Corporation (NASDAQ:SCTY.DL) and other rooftop solar companies are soaring on record sales. But is that shining status symbol on top of your roof really doing the most for Mother Nature? Here's what you need to know.

Take it Outside
If you're like many Americans today, you're increasingly concerned with the quality of your food. But do you head to the countryside, buy a 10-acre plot, and plant enough kale, kumquats, and carrots to keep your family fed year-round? No. You go to Whole Foods Market and pay up for some organic arugula.

The same might be said for SolarCity Corporation's rooftop solar panel kits. While your system might serve as a glossy household accessory advertising your environmentalism, there's an alternative that might ultimately be the greener option for the greater good: utility-scale solar.

Big Solar
As solar costs keep dropping, utilities have quickly come around to the idea that solar can and should be a part of their energy portfolio.

In 2010, residential, commercial, and utility solar capacity was almost exactly even. But utility-scale generation has soared over the past few years. In 2013, utilities installed more than 50% of all new capacity. While that's remarkable in and of itself, it's important to note that 2013 solar installations increased our nation's total solar capacity by 66% to over 10,500 megawatts. That's unprecedented growth.

Residential solar isn't without its own records. The number of rooftop solar panel kits currently stands at around 480,000 , compared to just 550 existing, under construction, or planned projects 1 megawatt and larger. SolarCity Corporation lays claim to a massive 25% of all rooftop solar panel kit installations. That's equal to the market share of its next 14 competitors combined, an impressive feat considering its relatively capital-intensive in-house operations. Currently, the company has just 45 operation centers in 15 states (plus Washington, D.C ). But as SolarCity's website notes:

We're going to keep growing and making clean, more affordable energy available to even more homeowners than ever. You can be next. 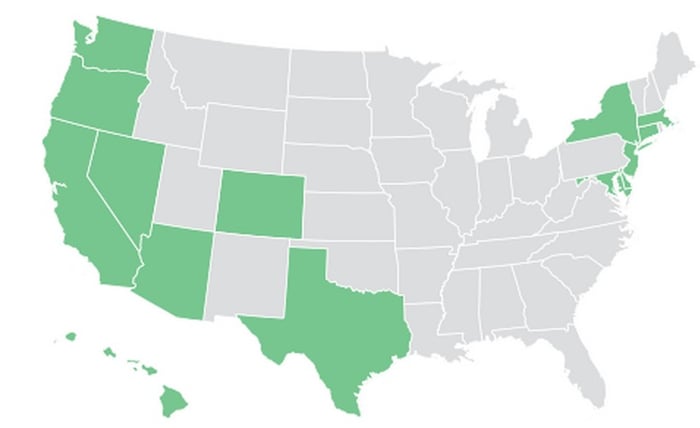 Even though Rive's business model is built on mini-systems, he understands the importance of scale. Rive has set SolarCity Corporation a goal of one million solar panel kits installed by 2018.

One million is a big number. But in reality, it doesn't mean much for America's energy infrastructure. 1,000,000 customers translates to around 6,000 megawatts, just 25% of all currently proposed or under construction utility-scale solar projects. 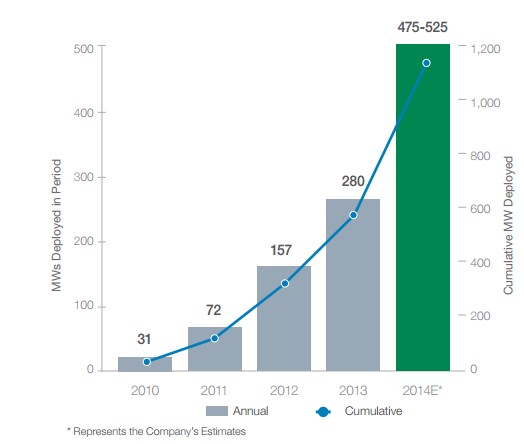 It's All About the Money
Utilities do it cheaper. According to the Solar Energy Industries Association, electricity from an average residential solar kit costs $3.73 per DC Watt, while utility-scale solar clocks in at less than half that amount: $1.77.

The massive cost difference comes from two main sources: modules and direct labor. And while module prices will continue to decline for both rooftop and utility-scale systems, SolarCity Corporation will be hard-pressed to drop its labor costs on tiny solar panel kits to the same levels as those of a sizable solar farm.

There's a place for residential systems, and rooftop solar panel kits offer an unprecedented opportunity for gridless electricity generation anywhere the sun shines. But if you think SolarCity Corporation is on the cusp of changing our energy infrastructure, you're better off giving credit to utilities going green.