America's energy bonanza just keeps getting bigger. In the first quarter of 2014, the United States set a new record for oil production at 11 million barrels per day, and became the world's No. 1 oil producer. Research firm IHS estimates that $890 billion will be invested into U.S. energy production and infrastructure in just the next 12 years.

Investors may be eager to learn how they can profit from this ocean of cash. Master limited partnerships, or MLPs, are an ideal way for long-term income investors to partake in the bounty because of their high, safe, and growing distributions. However, MLPs, which pay out almost all their earnings as distributions, must often either issue debt or sell additional equity to expand both their assets and their distributions. Acquisitions fueled by equity sales must be accretive, meaning the growth in distributable cash flow, or DCF, is greater than unit dilution. This article highlights three MLPs that have proven to be masters of this kind of growth.

Growing their way to prosperity 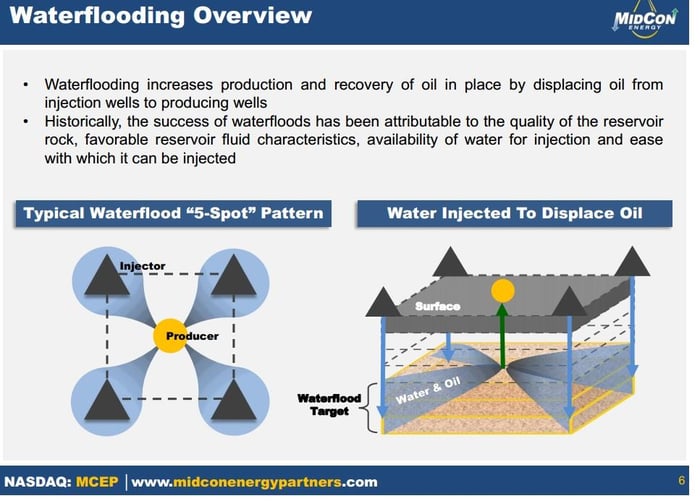 This pure oil and local focus has proven wildly successful for Mid-Con Energy Partners. Since its 2011 IPO, Mid-Con has made eight purchases and grown its reserves by 12.25% annually. It has also maintained the lowest cost of production and the second-highest margins in its industry.

On July 24, Mid-Con Energy Partners announced the $56.5 million purchase of northwestern Oklahoma assets with an estimated 2.6 million barrels of oil equivalent. The terms of the deal call for the company to issue 2.2 million units and pay $4.5 million in cash. This will dilute existing Mid-Con Energy holders by 10.4% but increase the MLP's reserves by 16.8%, thus proving its accretive nature.

Better yet, the new assets have an estimated 17.5 years' worth of production at a low 16% decline rate, which is far better than many shale oil wells, which can have depletion rates upwards of 70%. With production costs estimated at just $15 per barrel, Mid-Con Energy Partners anticipates this deal will pay for itself in about three and a half years and be immediately accretive to DCF. Thus, it should help Mid-Con achieve its long-term distribution growth guidance of 4% annually.

The deal would leave Williams with 100% of Access Midstream Partners' general partnership and 50% of its limited units. The $6 billion is to be paid half in equity, with the other half a mixture of long-term debt and cash. The move is so accretive to Williams that the company announced it would raise its dividend by 32% once the deal is closed.

Meanwhile, Access Midstream Partners is set to grow like a weed thanks to $4.6 billion in growth projects through 2016.

What's more, Access Midstream is ideally suited to grow over the long term thanks to its access to nearly every major U.S. oil and gas shale formation and its 100% fixed rate, long-term contracts. 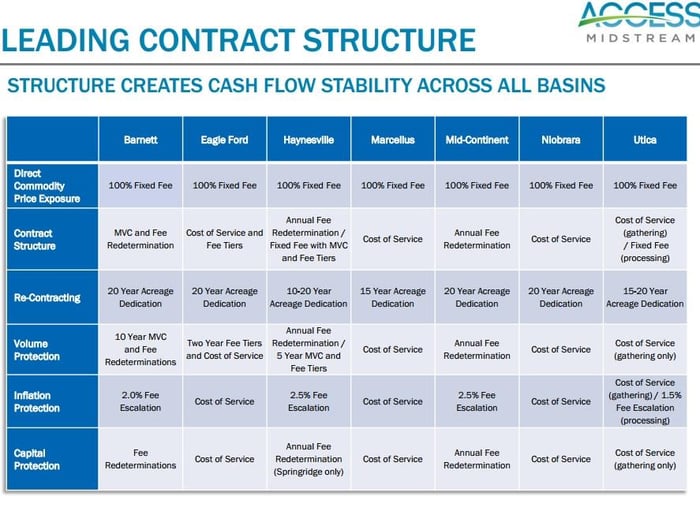