IBM (NYSE:IBM) announced earlier this month that it had secured two contracts from the U.S. Department of Energy, worth a total of $325 million, to build two new supercomputers at the Oak Ridge and Lawrence Livermore national laboratories. Both supercomputers will be more powerful than the fastest system in operation today, and this deal marks the first big win for IBM's OpenPOWER initiative. 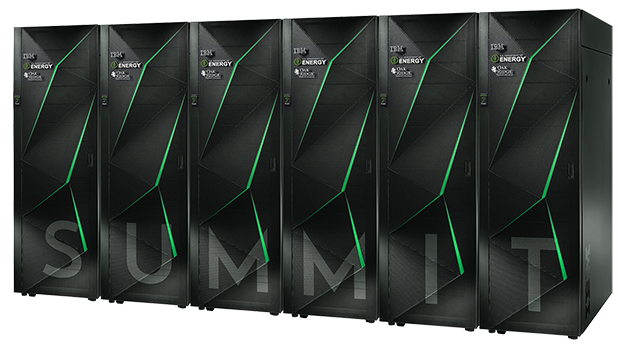 NVIDIA (NASDAQ:NVDA), also a member of OpenPOWER, will supply its Tesla GPUs to accelerate both new supercomputers, along with NVLink, a technology that greatly increases the rate at which data can be transferred from CPU to GPU. The supercomputer being replaced by the faster of the two new systems, Titan, was NVIDIA's first big win in the supercomputer space, and it helped begin the era of conducting scientific calculations on the GPU.

Dealing with Big Data
Both supercomputers will handle Big Data problems, which involve crunching enormous amounts of data, and IBM has optimized the architecture underlying the systems specifically for this task. Simply increasing the performance of the CPUs and GPUs isn't enough, because much of the work being done when Big Data is involved is simply moving data back and forth between storage and the processors. As IBM stated in its press release, "The popular practice of putting design emphasis solely on faster microprocessors becomes progressively more untenable because the computing infrastructure is dominated by data movement and data management."

This is a dig at Intel (NASDAQ:INTC), a company with a near-monopoly in the server CPU market, and the main target of IBM's OpenPOWER initiative. IBM's power systems have been losing market share for years to x86-based systems, mostly powered by Intel chips, and IBM's decision to open up the architecture is seemingly starting to pay off.

One reason IBM won these contracts is energy efficiency. Supercomputers consume monstrous amounts of power, with the fastest supercomputer in the world, the Tianhe-2 in China, using about 17.8 megawatts. To put this in perspective, that's enough to power a little more than 14,000 average homes in the United States.

Titan, the system Oak Ridge is replacing, uses 8.2 MW of power. Summit, the larger of the two new supercomputers, will use about 10 MW of power, but it will provide five to 10 times the performance of Titan. This increased energy efficiency is due to efficiency gains in NVIDIA's GPUs and the minimization of moving data around the system.

What it means for IBM
IBM's Power architecture gets a big win with these systems. While Intel is unlikely to give up its massive market share in the server CPU market, the subset of that market that deals with Big Data could be up for grabs. IDC predicts the Big Data technology and services market is going to grow at a 27% compound annual rate through 2017, turning into a $32 billion market by that time, and IBM has a real chance at claiming a significant portion.

The OpenPOWER initiative makes this more likely, as it allows other hardware and software companies to develop products that are tightly integrated with the Power architecture. There's a big incentive for many companies to create a viable alternative to Intel-based systems; Google, for example, sends plenty of money Intel's way each year in building out its cloud data centers. With Intel having a near-monopoly, the company can charge extremely high prices.

The supercomputer deal is an important accomplishment for IBM, and it provides a high-profile example of the benefits of OpenPOWER.

Intel certainly isn't standing still, with the company set to launch an updated Phi in the second half of 2015. But one of NVIDIA's strengths is the vast catalog of software that has been adapted to run on its GPUs, such as scientific simulations, business analytics, and 3-D modeling programs. This creates lock-in and switching costs, and it makes it more difficult for Intel to gain traction in the market.

A single company is unlikely to battle Intel in the enterprise market, but with the companies involved in the OpenPOWER initiative working together, Intel has much to worry about. The supercomputer deal is the first piece of evidence that Intel has a real competitor on its hands for the first time in years, at least when it comes to Big Data.