Around the world, oil prices are tumbling. And over in Russia -- where oil accounts for two-thirds of the country's export earnings and half of total tax receipts -- President Vladimir Putin is getting nervous.

He's making a lot of other people nervous, too.

Everything old is new again: A F-16 fighter intercepts Soviet Backfire bomber toward the end of the Cold War. Photo source: Wikimedia Commons.

Over the past year, America's NATO allies say they've had to respond to Russian fighter jets, spy planes, and even Tupolev Tu-22 strategic bombers approaching NATO airspace more than 400 times, a 50% increase from last year. What's more, those Russian fighters have come close enough to require NATO fighters to "intercept" them at least 100 times this year -- three times the intercept rate of 2013.

And it's getting worse.

And according to NATO, that alone is both "destabilizing and potentially dangerous." 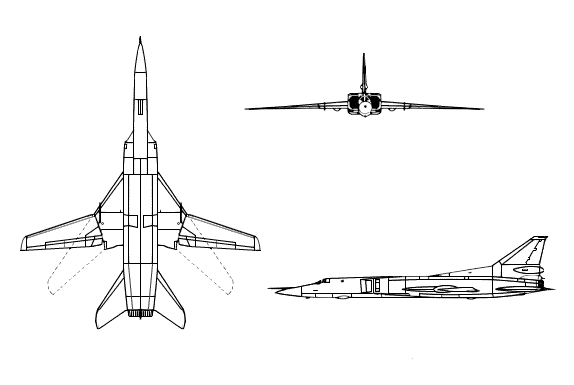 Kremlinologists of the world, unite! (And tell us what Putin's up to)
What is Russia up to with all this poking and prodding of NATO air defenses? One obvious possibility is tied to the falling price of oil. If oil -- and jet fuel -- is getting cheaper, then maybe Russia is just taking the opportunity to burn some on the cheap and give its pilots some bargain-priced flight training. Most experts, though, seem to agree that Putin is upset with Western economic sanctions against Russia and what they're doing to the local economy, and that he's applying pressure to try to get NATO to back off on the sanctions.

Here at the Fool, we try to be agnostic about politics -- but the kerfuffle over Ukraine does have implications for investors here at home. And I see two likely outcomes.

Backfires make Europe back off
Russia's employing of potentially nuclear-armed Backfire bombers to probe NATO defenses is a move calculated to give European politicians pause. If Europe decides that it's gone too far with the sanctions and needs to back off, it may loosen the sanctions. This could revive the Russian economy, which is currently making a beeline for recession.

That would be good news for major Russian industry players such as Gazprom and Mobile Telesystems -- and for U.S. companies that have sunk hundreds of millions of dollars into Russian investments, such as Ford and General Motors, as well.

Backfires make Europe fire back
The other possibility, of course, is that Europe fights fire with fire, and strengthens its defenses rather than backing down. This could mean additional sales of F-35 stealth fighters for Lockheed Martin in the air, and more antiaircraft rocket system sales on the ground.

Indeed, Poland has promised to invest $43.3 billion building a new nationwide air defense system capable of shooting down hostile aircraft, drones, and cruise missiles. America's Raytheon is one bidder in the running to build the "Polish Shield." Whatever Russia does, and whatever the rest of Europe decides to do, Poland seems set on going ahead with its project.

Russia's Stand-Off With NATO: How Will Europe Respond -- and What Could It Mean to U.S. Investors? @themotleyfool #stocks Next Article
Current