Tesla Motors Inc (NASDAQ:TSLA) put its money where its mouth was in early 2013 when it started building a coast-to-coast quick charging network for its all-electric cars. The stations allow a Tesla vehicle to be driven from the Atlantic Ocean to the Pacific Ocean without fear of "running out of gas." The idea was pure theater, proving the point that Tesla cars weren't limited to local travel. Now other big power players want to make charging electric cars part of their businesses, too.

Building the EV brand
The quick-charging station network Tesla built was about supporting its image as well as the image of electric autos. The stations can provide an 80% charge in 40 minutes and a full charge in 75 minutes. Although that's multiples of what it would take to fill a gas tank, it still allows the freedom of a long trip, thus dispelling a key knock against Tesla's Model S and all electric cars. 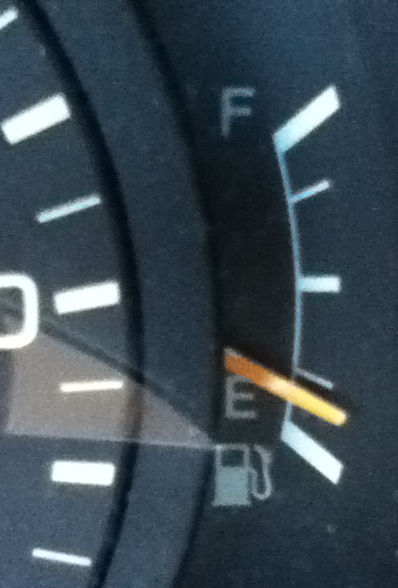 But more and more companies are joining the charging station fray at the local level. And major local utilities are starting to notice, seeing electric vehicles as a potential demand growth driver, capital investment option, and a way to store power for later use. Indirectly, of course, they are already involved. But utilities like Edison International's (NYSE:EIX) Southern California Edison and Sempra Energy's (NYSE:SRE) San Diego Gas & Electric both want to be directly involved, too.

Sempra, for example, is set to ask regulators for permission to build up to 550 charging stations over four years as part of a pilot program. The cost will be roughly $100 million and it will fall on rate payers. That means Sempra is basically asking to raise rates on all of its San Diego Gas & Electric customers to help build out a network of charging stations to which it will supply power.

Edison International's Southern California Edison, meanwhile, is looking for similar approval, with the goal of building some 30,000 stations over a five year span. The cost would be roughly $350 million -- or about a 0.2% rate increase for its customers.

The stations envisioned by these utilities would be located at local businesses in addition to stand alone charging stations. And these proposals are innovative, including such things as rebates and variable charging costs related to time.

Shifting demand and supply
So, in a broad sense, utilities are looking to encourage more people to buy and use electric vehicles because, well, it will help support demand for electricity and allow them to raise rates. And the costs, clearly, are relatively small when spread out over an entire rate base. But the long-term impact of such investments could be huge.

One interesting aspect of charging is that many people recharge their electric vehicles at home, which is a market that Southern Company's (NYSE:SO) Georgia Power is looking to support with up to $500 worth of rebates for business and individuals that install charging stations. One key reason for including individuals in this is because, through rate structures like the ones San Diego Gas & Electric wants to try out, Southern can shift charging into the overnight hours. That's a lull time in demand.

In other words, Southern can increase demand in low demand periods. That's preferable to increasing demand in peak periods, which could strain the power grid. And the numbers are pretty compelling for customers to make the shift. Southern projects charging between 11 pm and 7 am would be equivalent to paying around $0.45 a gallon for gas -- sign me up for that!

And then there's the idea, which is still rather new, that electric vehicles could actually be used as an energy storage platform. That's a bigger benefit than it might sound at first, because having what amounts to a giant battery storage unit (in the form of a fleet of cars) means that utilities could, potentially, avoid the cost of peaking power plants that only run, usually at very high cost, when demand spikes.

Thinking long term
Look for more and more utilities to start moving on these ideas in the future. The most obvious reason, boosting demand for their core product, electricity, is just one of the benefits that would come from supporting the electric vehicle charging industry. Rate increases for building infrastructure, shifting demand to and increasing demand during low use times, and a cheaper alternative to peaking plants are all potential benefits.

If you are watching the electric industry and fear that it won't be able to change with the times, Sempra Energy, Edison International, and Southern Company's moves in the charging space should be encouraging. If you want to see electric cars succeed, knowing that big backers are coming in to support the industry is solid evidence that it is gaining traction. In fact, other than slightly higher customer rates, it's hard to find anything not to like here.