America's energy industry hadn't been having this much fun since Ronald Reagan was in the White House. With the price of oil intoxicatingly high over the past few years, oil companies have been using it to fuel one of the greatest oil production booms in the country's history. In just a few short years, we've wiped out decades of declines and are now producing more oil than we have since the 1980s. 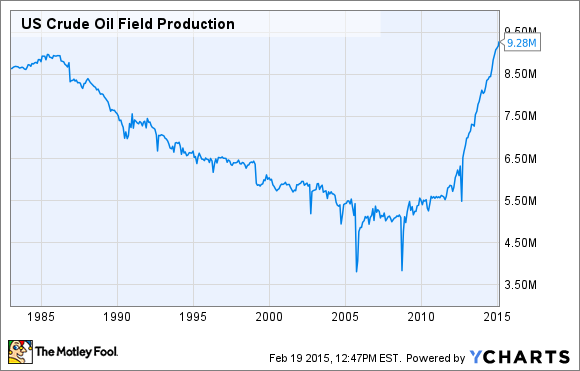 There's just one problem, and that's the fact that the world didn't yet need all of the oil we're now producing. But, few could see that, because everyone was a bit too tipsy on the intoxicating allure of the profits that could be made from triple-digit oil prices. It's a price no one expected to see go away, as the group with the most control over the price of oil, OPEC, was enjoying the $100 vintage just as much as the next guy.

That was until it realized American oil companies were partying just a bit too much, and getting a bit out of hand. So, before U.S. oil companies wrecked the market, OPEC decided to take away the punch bowl before it lost control. In a matter of months, the price of oil went from an intoxicating brew to a stomach-churning sight and one big headache. 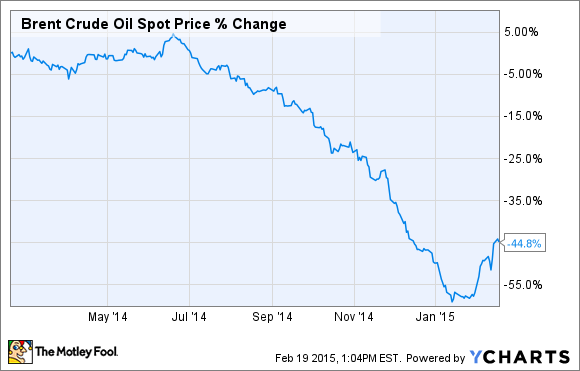 And now, U.S. oil companies are sobering up to the fact that the party is over -- at least for the moment.

It's not alone. LINN Energy (OTC:LINEQ) and Denbury Resources (NYSE:DNR) also announced that neither will grow production this year. Late last year, Denbury was one of the first oil companies to come to the sobering conclusion that there's no reason to grow oil production when the world is oversupplied with oil.

However, it's a realization that more oil companies are coming to this year.

LINN recently announced that it came to that conclusion after it offered a second revision to its 2015 spending plan. The oil and gas producer has now cut its development spending by 65% over 2014's spending level, which could actually lead to its production declining by as much as 10%. Again, it, like Denbury, sees no reason to spend money to produce more oil at today's price when it believes it could make more money in the future, once the price of oil has picked up a bit.

Meanwhile, other top oil producers like Pioneer Natural Resources (NYSE:PXD) are still expected to grow oil production in 2015, but all of that growth will come early in the year mainly because of completing wells it started last year. Because of that, Pioneer's actual production will be one big hump -- its 2015 exit rate will be the same as its 2014 exit rate. Because of this phenomenon, America could be producing less oil by the end of the year than it's producing at the moment.

Investor takeaway
U.S. oil companies are finally beginning to wake up to the fact that the only way to get the price of oil higher is to start their own party. That, however, will come at the cost of production growth in 2015. But, if all goes according to plan, oil companies once again will be able to enjoy the overflowing profits that come with a much higher oil price.