The impact of OPEC's decision to keep oil production at 30 million barrels per day in order to push down oil prices and squeeze marginal oil producers out of the market is starting to pay off. Drilling activity in the U.S., offshore, and internationally has slowed dramatically in the last two months as companies began to realize that OPEC wasn't playing around this time.

Flooding the market with oil is working to put pressure on marginal players, but it's a strategy that's far from over. New wells aren't being drilled, but existing wells are still producing oil and for OPEC to win this price war it will have to stick together for another 6-24 months. Understanding how OPEC's strategy is working and why it will continue can give some perspective on what will happen with energy stocks in the near future.

The impact of OPEC's price war
If OPEC is trying to push other producers out of the market the first sign of success will be in the number of rigs drilling new wells in the U.S. Oil explorers are starting to react rapidly and according to Bloomberg oil companies have announced $50 billion in spending cuts since November 1. 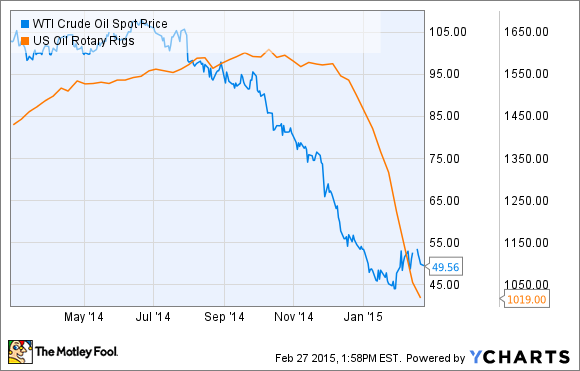 OPEC wants some fruit from this labor
With U.S. and other global oil producers cutting back on drilling for new oil, some OPEC members are starting to get itchy for higher oil prices, thinking that their work is done. Nigeria, Iran, and Venezuela have expressed their interest to lower production, but have been rebuffed by Saudi Arabia. The reason is that Saudi Arabia is playing the long game and the other countries are just trying to stay afloat amid budget deficits.

For OPEC, the problem with cutting production and raising prices today is that few oil producers would be pushed out of the market. Sure, drilling for new oil has gone down, but we haven't see widespread bankruptcies and there's no indication that producers wouldn't go right back to drilling at old levels if oil went to $100 per barrel again.

On top of that, crude oil inventory is building, so the market is still very oversupplied even with oil prices as low as they are. 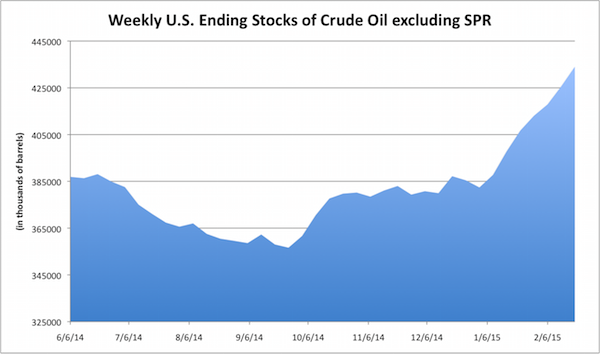 Data from the U.S. Energy Information Administration. Chart by author.

If OPEC wants to squeeze out marginal players, it's going to have to keep the market oversupplied for much longer to make sure there's a fundamental reason for higher oil prices and that suppliers don't just resume drilling the second prices go up.

Bad news for U.S. oil stocks
Understanding OPEC's best interests can help tell us what to expect from U.S. oil companies. For U.S. shale producers, like LINN Energy (OTC:LINEQ), and Continental Resources (NYSE:CLR) I see a rough year ahead. They depend on high oil prices to make a profit and high debt loads and shrinking profits will put a lot of pressure on their businesses.

Each can withstand the low price of oil, but only for so long. Eventually debts will mature and oil hedges will wear off, leaving little room for a profit and potentially threatening their survival.

I think investors who are willing to ride out the low oil price wave should stick to highly capitalized big oil companies like ExxonMobil (NYSE:XOM), Chevron (NYSE:CVX), and BP (NYSE:BP). They have businesses diverse enough to profit while oil prices are low and will still benefit if prices go up.

To top it off, big oil companies could be big buyers of distressed assets if shale or offshore drilling companies get desperate. That could give them further upside and limit their risks.

At this point, I just don't see a way oil prices rise significantly until we see fundamental changes from oil producers, particularly in shale plays. OPEC doesn't have an interest in shale drillers going back to business as usual if they allow prices to rise, which puts the shale boom into question. The problem is, to squeeze them out it'll take years of low oil prices and billions in lost revenue for OPEC countries.

With Saudi Arabia at the helm, that looks like a price they're willing to pay.

OPEC's Oil Price War Is Paying Off, But It's Far From Over @themotleyfool #stocks $XOM $CVX $BP $CLR $LINEQ Next Article
Current