Oil and gas producing MLPs such as Eagle Rock Energy Partners (NASDAQ: EROC) have crashed along with the price of oil. With a yield of 11.9%, long-term income investors may be tempted to "be greedy when others are fearful" and buy into this beaten down MLP in hopes of profiting from oil's eventual recovery. 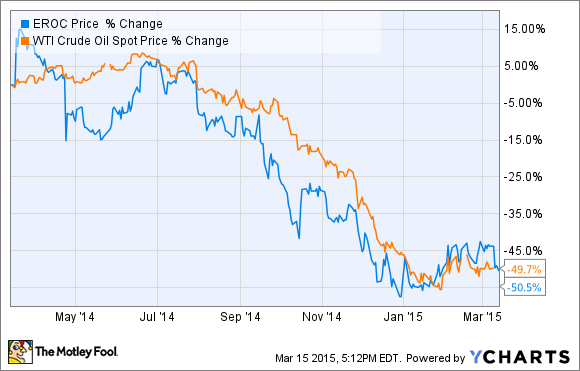 However, in my opinion, Eagle Rock represents one of the worst oil and gas MLPs you can own, courtesy of one of the most short-sighted management teams -- one that's proven itself adept at destroying long-term investor wealth over the years.

Why Eagle Rock's management just isn't up to snuff
In the past, I've called Eagle Rock the worst upstream MLP in America. Since that article was published, Eagle Rock has made two big mistakes that I feel continue to warrant the company that title. 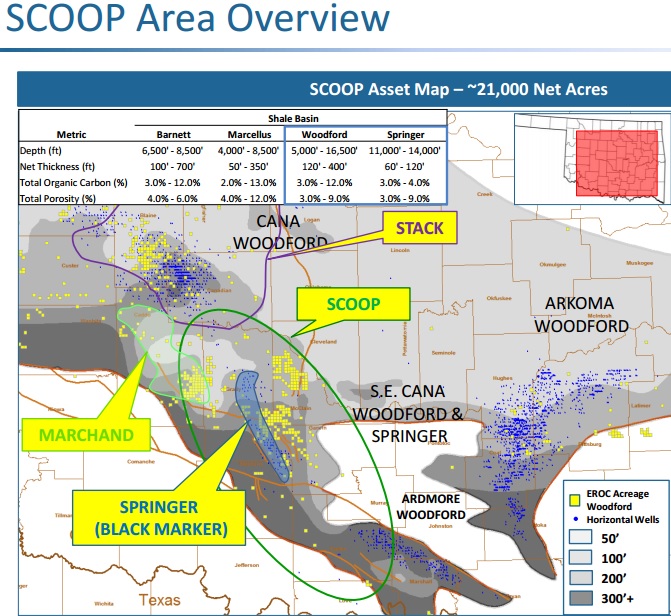 The biggest criticism I have is that management didn't monetize or trade its most valuable, but high-decline and high drilling-cost-assets in Oklahoma's SCOOP and STACK formations, for lower-cost, lower-declining assets, as Linn Energy did with similar high-cost, high-decline acreage back when oil prices were at five-year highs. Now that oil prices have collapsed, Eagle Rock is potentially stuck with these assets, which require large investments just to keep production from falling off a cliff.

For example, according to management's guidance for 2015, Eagle Rock will spend $74 million in capital expenditure, 75% of which will be to merely maintain its current production level. The $18 million in growth investment is expected to raise average daily production for the year by just 2%.

The reason for this poor production growth is because Eagle Rock's SCOOP wells face extremely high decline rates, as much as 63% in the first year.

While plenty of oil producers might be willing to purchase Eagle Rock's acreage, or trade it for lower-cost, lower-declining assets, now that oil prices have collapsed to under $45 as of March 15, the terms of any such deals might be highly unfavorable. That's because, according to energy analyst company Wood Mackenzie, the break-even price for SCOOP acreage is between $41 and $47 per barrel, thus allowing potential buyers to demand extremely low prices given that much of the assets aren't currently profitable.

Thus Eagle Rock's best hope of improving its production and profitability -- important for sustainable long-term growth of its distribution -- is to use its existing liquidity, meaning cash, credit lines, and units of Regency Energy Partners, to buy low-cost, low-decline assets while they are trading at fire-sale prices. However, in my opinion, Eagle Rock management is squandering its remaining liquidity in favor of a policy that makes little sense.

Buyback program is a (small-f) foolish long-term move
Eagle Rock's sale of its midstream assets to Regency Energy Partners provided the MLP with $841 million in cash and Regency units.

On October 27, Eagle Rock announced it was cutting its distribution by 53%, following a 32% distribution cut in November of 2013.

While the oil crash has forced many oil and gas producing MLPs to cut their payouts, management also announced a $100 million unit buyback authorization, to be partially funded by the proceeds of the recent Regency deal -- a decision I think is harmful to long-term investors.

Buybacks make very little sense for MLPs, given that their business model requires frequent equity sales to fund growth. As this chart shows, the MLP's unit count has soared over 600% in the last seven years and I think it's highly likely that as soon as oil prices recover and Eagle Rock's unit price increases, management will begin selling more equity to raise growth capital, thus negating the effects of this current buyback. 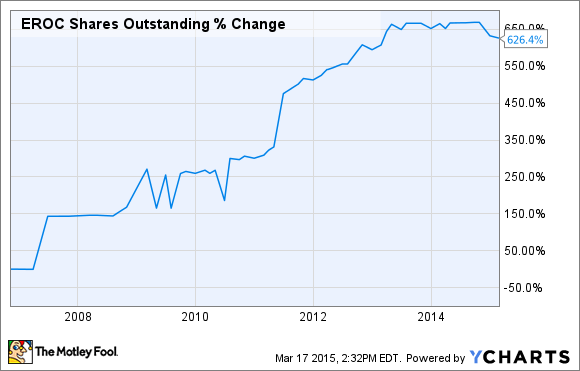 Meanwhile, management is funding the buyback using the cash and sales of Regency units, which is quickly weakening Eagle Rock's liquidity position -- which fell 28% between October 29 and February 23 -- and its ability to make attractive oil asset acquisitions while crude prices are at their lowest levels since the financial crisis.

Takeaway: Eagle Rock should be avoided like the plague due to poor management
I've long considered Eagle Rock Energy Partners the worst oil and gas MLPs in America, and its management decisions -- both before and after the oil crash -- only strengthen my opinion. With oil prices still falling and oil assets selling for fire-sale prices, management's decision to spend up to $100 million on a buyback program -- one that it will likely undo with future equity sales -- is, in my opinion, a terribly investor-unfriendly decision and just the latest reason I think all investors should avoid this MLP, especially when there are so many better alternative high-yields investments in this industry.

Is It Time for This MLP to Change Management? @themotleyfool #stocks Next Article
Current