Apple (NASDAQ:AAPL) plans to launch a streaming TV service for Apple devices with about 25 channels, including Disney's ABC, CBS, and Fox, according to The Wall Street Journal.

The service will likely cost $30 to $40 per month when it arrives this fall, and also offer "skinny" bundles with well-known channels -- such as Disney's ESPN and Fox's FX -- while shedding the smaller networks included in standard cable packages. 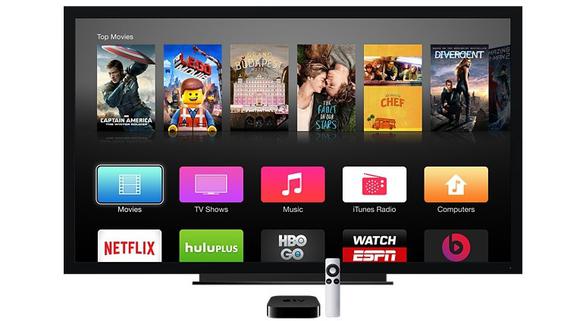 However, Comcast (NASDAQ:CMCSA), the parent company of NBCUniversal, isn't hopping aboard. The two companies were previously in talks to co-develop a streaming TV platform, but Apple reportedly believed Comcast was stalling negotiations to promote its own X1 set-top box, which combines conventional TV and Web services (such as traffic and weather) with rentals and purchases of TV shows and films.

Recent reports indicate Apple plans to launch the service without Comcast. Is this a smart move, or does Apple need NBCUniversal's channels -- which include NBC, Bravo, and USA -- to succeed?

Netflix (NASDAQ:NFLX) and Amazon.com offer licensed and original shows and movies for $9 a month and $99 per year, respectively. Hulu Plus, a joint venture between Fox, ABC, and NBCUniversal, offers a similar deal for $8 a month.

Time Warner's HBO Now, which is scheduled to launch as a timed exclusive for Apple devices next month, will let users stream its movies and shows without a cable subscription for $15 a month. Sony (NYSE:SNE) also plans to enter the market with PlayStation Vue, which will have access to channels from CBS, Viacom, NBCUniversal, and Fox, but will cost $50 per month.

For customers who want live TV, there's Sling, which offers live streaming of 17 networks. CBS offers a $6 per month package for live and on-demand programs, but there's no access to NFL games. NBC plans to launch a comparable service, known as NBCU, for about $3 per month by the end of 2015.

Faced with that dizzying array of choices, Apple's streamlined selection of 25 channels looks attractive, but it costs considerably more than the competition. Yet it's competitively priced against basic cable packages, which cost an average of $55 per month, according to research firm SNL Kagan.

If Apple's streaming TV service takes off, it will boost the company's "services" revenue, which comes from iTunes, App Store, Apple Pay, and other services. Last quarter, the segment's revenue rose 9% year over year and accounted for 6.4% of Apple's top line. It will also boost sales of Apple TVs, which held a 17% share of streaming devices in U.S. households last year, according to Parks Associates.

What streaming TV means to Comcast
Comcast isn't a fan of streaming media because it's the largest cable TV and broadband provider in the U.S. Streaming services gobble up bandwidth on its broadband connections and encourage consumers to drop their cable subscriptions. Comcast relied on its cable business for 64% of its revenue in 2014.

Comcast's answer to the cord-cutting movement is to intertwine cable and broadband services together with its X1 set-top box, but it's unclear if it can compete against dedicated streaming devices like Apple TV, Roku, and Chromecast.

Is resistance futile?
Despite Comcast's sulking resistance, Apple would benefit from adding NBCUniversal's channels to its streaming service. According to Nielsen's weekly ratings, NBC has consistently ranked first or second in broadcast TV channels among 18- to 49-year-olds over the past year.

Of course, the definition of "comparable" is probably a point of contention between Apple and Comcast. However, Guggenheim Securities analyst Paul Gallant recently told investors that Apple could pressure Comcast to comply by filing a FCC complaint to force the cable giant to define "economically comparable terms."

The bottom line
Launching a streaming TV network would likely generate fresh digital revenue for Apple's services segment and increase sales of the Apple TV. But for Comcast, the network represents yet another victory for the cord-cutters who will cannibalize its cable revenue while straining bandwidth at its broadband segment.