Oil prices have plummeted almost 50% in the past year, causing energy investors to run around like chickens with their hedges cut off. With ripple effects rocking stocks everywhere, you might be worried that cheap oil prices will destroy electric automaker Tesla Motors (NASDAQ:TSLA). Here's what you need to know.

Why cheap oil could kill Tesla Motors
When oil prices drop as dramatically as they have in recent months, it renders the economic status quo ripe for a reckoning. Notwithstanding a dip during the global financial crisis, oil prices have been steadily rising for more than a decade and a half. 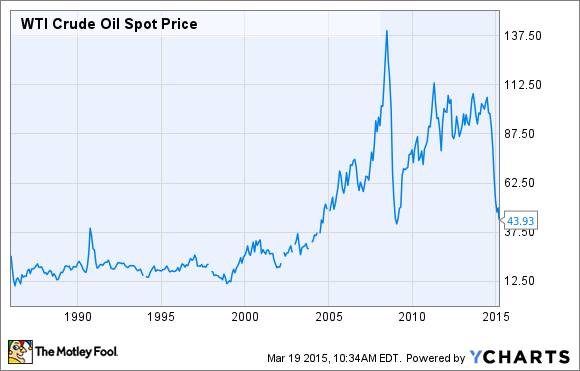 As oil prices became more expensive, oil lost its competitive edge. In the electricity power sector, oil-fired power generation dropped 75% from 2002 to 2012. And in the automotive sector, automakers have been steadily manufacturing and marketing increasingly fuel-efficient vehicles. Or, in Tesla Motors' case, cars that don't require any fuel at all. 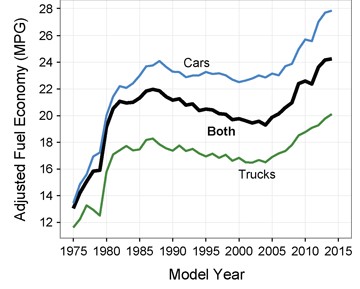 Oil and gasoline prices are inseparable: we need oil to make gasoline. So as oil prices have declined, so have gasoline prices. Americans are currently paying an average $2.54 per gallon at the pump, on par with the prices we paid a decade ago. 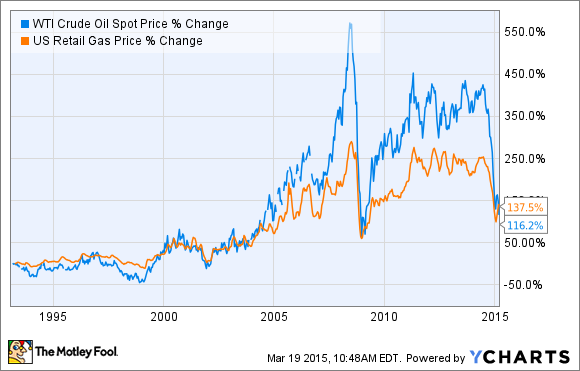 One of Tesla Motors' marketing points is the savings you'll recover by filling up from an electrical outlet rather than a pump. But using the fuel efficiency metrics and gasoline prices above, as well as Tesla Motors' own savings calculator, the times have changed. In 2010, with gas prices around $2.90 per gallon and fuel efficiency at 26 miles per gallon, Tesla owners could expect to save $2,298 per year in gasoline.

But with current average prices down to $2.54  per gallon and fuel efficiency up to around 28 miles per gallon, savings come out to just $1,673. That's a 27% drop in Tesla Motors' comparative cost advantage from 2010 levels.

First, gasoline is something economists call an inelastic good. That's a fancy way of saying that, when gasoline prices go up, people still drive the same amount. Think about it. You may have grumbled when pump prices hit $4 per gallon, but did it stop you from going to work or running errands? Did you buy an electric car on the spot? No. You paid what you had to and got where you needed to go. Similarly, when gasoline prices are cheap, people don't necessarily drive gas guzzlers further. Are you taking twice as many trips to the grocery store because pump prices are down? Did you just trade in your Tesla Model S for a Ford F-150? I didn't think so.

Secondly (and most importantly for Tesla Motors investors), not everyone's buying Tesla vehicles to save money at the pump. Gas-powered or electric-powered, Tesla Motors makes excellent luxury vehicles. People buy Tesla cars for a variety of reasons. They're new. They're sexy. They're California. They're Consumer Reports' highest rated vehicles. They're environmentally friendly. They don't have spark plugs. Whatever the reason, Tesla Motors has built a marketing machine -- and cheap oil prices aren't about to destroy that.