Any well-rounded retirement portfolio is going to have a heavy dose of consumer-facing service stocks at its core. Unlike consumer goods companies, these guys don't actually produce much of anything when it comes to an end product -- they just provide a service that becomes an integral part of our everyday lives.

In searching out the three best consumer service stocks for long-term investors, I wanted to showcase a little bit of everything. Read on to find out which companies are the top stalwart, the innovator, and the tiny up-and-comer for your own portfolio.

Imagine you're on the way out of your house to go to work. Of course, you make sure you've got your keys, phone, and wallet. But what if your credit card is missing? For many Americans -- and, increasingly, world citizens -- it would be near impossible to buy what you need on a daily basis without credit cards.

That's why I believe MasterCard (NYSE:MA) is a top stock every investor should at least consider. According to the Federal Reserve, the value of non-cash transactions using cards has been on a steady upswing for some time -- largely at the expense of checks. 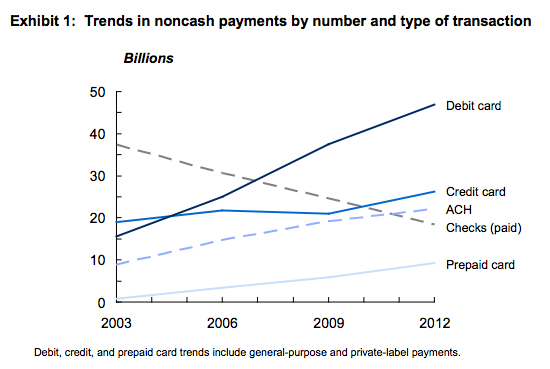 It's important to note that MasterCard benefits from the trend in debit and pre-paid cards as well, as the company issues all three types of cards.

In the end, you probably can't go wrong with MasterCard or its big brother, Visa. I like MasterCard more because both companies trade for about the same price-to-earnings ratio, but MasterCard has grown its revenue base by 12.2% annually over the past three years, while Visa's is up only 9.5% per year.

Currently, e-commerce makes up just 6.7% of all U.S. retail sales. That's an incredibly small percentage, and it underscores just how big the remaining growth opportunity is for Amazon stateside.

E-Commerce as Percent of all Retail Sales | Create infographics

The company is so laser-focused on customer service that no one can touch it. Amazon's network of billion-dollar fulfillment centers is unmatched, making it impossible for another company to offer the same two-day delivery service at a reasonable cost.

Perhaps most important for investors to watch is the performance of Amazon Prime. The service makes Amazon very "sticky" for consumers, and it serves as an important revenue generator. The company is infamously tight-lipped about Prime membership numbers, but it said that membership grew by over 50% between the end of 2013 and 2014.

The up-and-comer
No list would be complete without a smaller, riskier company thrown into the mix. When it comes to consumer-service stocks, I'll readily admit that Pandora (NYSE:P) has an uncertain future ahead. But if it can execute on its growth plans, the company could be the face of music 10 years from now.

To be certain, Pandora has no shortage of competition -- Apple, Google, and Amazon all have competing services. And then there are smaller players like Spotify and Rhapsody.

However, Pandora benefits from essentially being the first mover within this space, and it has the revenue and subscription numbers to back up the fact that it is a force to be reckoned with.

Investors should be careful not to allocate too much capital to a company that faces such stiff competition, trades for over 80 times earnings, and has a tough time scaling its presence without huge cost accumulations. In addition, the music industry itself is hoping to slowly do away with content providers like Pandora.

That being said, the service has obviously shown its popularity. If you're willing to endure a rocky ride, buying shares of the company -- now trading 40% lower than last July -- could be a boon for your portfolio.