Seadrill and its subsidiary just suffered a major blow, but news of a Russian oil giant resuming arctic drilling means that the news may not be that bad. Find out what this means for investors.

If there is any industry that could use some good news, it's offshore drillers such as Seadrill (SDRL) and North Atlantic Drilling (NYSE: NADL), which have been hammered over the last year by a combination of rig cancellations, low oil prices, and crashing day rates. 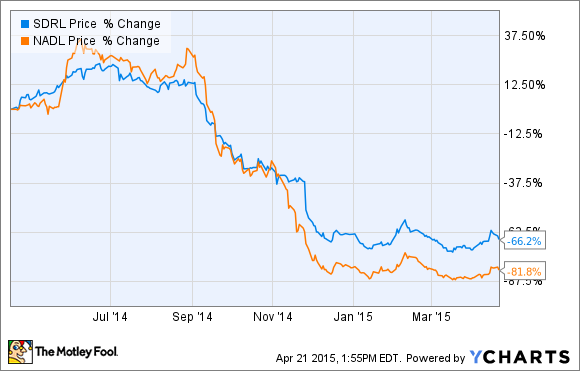 Recently, Russian oil giant Rosneft just postponed its multibillion-dollar deal with North Atlantic for an additional two years -- and it's renegotiating the terms of that deal -- but also announced plans to restart its Arctic Ocean drilling program. Let's take a look at what this latest news might mean for investors in both North Atlantic and its parent company, Seadrill.

Deal postponement is a painful blow
Earlier this year, Rosneft cancelled a $1 billion contract with North Atlantic Drilling -- a Seadrill subsidiary -- that was part of a larger $4.1 billion deal announced earlier. Then on April 21, Rosneft and North Atlantic announced that the deal was being postponed an additional two years, and the terms would be renegotiated.

The good news is that the agreement isn't officially dead. The bad news, though, is that in the short term, North Atlantic will effectively lose four additional rig contracts. By September 2015, it will likely find itself with just three of its eight rigs employed, and potentially having to cold-stack -- put into storage at a cost of $110,000-$120,000 per day in maintenance fees -- five ultra deep-water or UDW rigs.

This will likely devastate North Atlantic's cash flow and make it extremely difficult for the company to service its $2.6 billion debt load. Luckily for the company Seadrill recently guaranteeing its debt -- bailing it out but potentially exposing its own shareholders to a 21% increase in annual interest payments.

However, a recent Rosneft announcement also gives hope that the deal may eventually be salvaged.

Arctic drilling may not be dead after all
Back in September of 2014, ExxonMobil (XOM 0.69%) and Rosneft announced a major find in the Kara Sea, part of the Arctic Ocean. 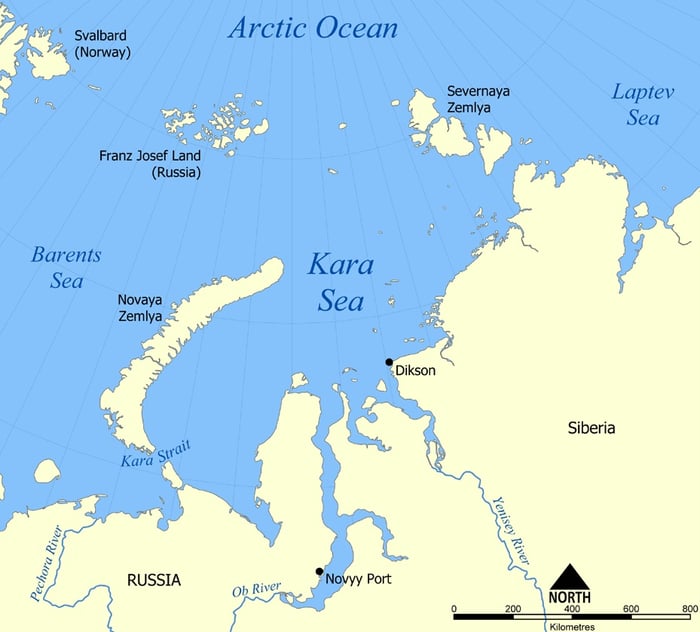 According to Rosneft, the Universitetskaya-1 well was a spectacular success and indicated that, "The resource base estimate of just this oil trap is 338 billion cubic meters of gas [12 trillion cubic feet] and more than 100 million tons [714 million barrels] of oil. And this is just the estimates of this very structure."

Sadly for Exxon, western sanctions against Russia forced it to suspend its work with Rosneft soon after the well was drilled, but on April 9th, Rosneft announced it would resume drilling in the Kara Sea in 2016 and is considering working with previous partners, including Exxon and North Atlantic Drilling, whose West Alpha rig was used in the Universitetskaya-1 well discovery.

It desperately needs the cash flow and even much lower day rates are better than burning huge sums of money by cold stacking valuable but expensive to maintain UDW rigs. However, If it finds other work for those unemployed rigs then it might effectively be giving up on the Rosneft deal because it doesn't have any new rigs being delivered that could fulfill Rosneft's needs two years from now. On the other hand, there is no guarantee that Rosneft won't end up cancelling its original deal and choose not to grant those new Arctic Ocean contracts to North Atlantic. After all sanctions are still in place and Rosneft has said it's considering alternative partners for its Kara Sea operations, including Chinese or Korean rigs.

Overall I still like both North Atlantic --which I own -- and Seadrill because in the long-term, the immense oil and gas riches of the arctic and the companies' relationship with Rosneft mean long-term investors may end up profiting handsomely. However, be advised that the coming few years may prove a very painful and volatile time for both these companies and their stock prices.