Fidelity Contrafund (NASDAQMUTFUND:FCNTX) has long been one of the legends of Wall Street. Back in the 1990s, it was one of the funds that helped build Fidelity Investments' reputation as a stock-picking powerhouse. But does today's Contrafund live up to the legends?

In an age where more and more investors have moved to automated, indexed funds, Contrafund is a throwback. It's an old-school, actively managed mutual fund run by a single human manager with a simple mandate: Buy great stocks.

Can that old-school approach still work in today's hyper-automated investment environment? It turns out that it can. 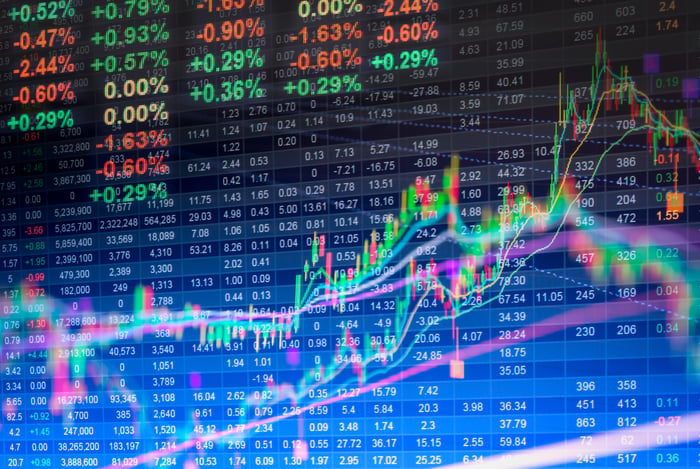 It's not really contrarian; it's just a great stock-picker

When Fidelity first launched Contrafund way back in the 1960s, it was aptly named: At the time, the fund's mission was to take a contrarian view, investing in out-of-favor stocks or sectors.

That has long since changed, and it hasn't been true since Will Danoff took over the fund in 1990. Danoff's approach isn't especially contrarian: He likes to buy well-managed, "best-of-breed" companies with growing earnings at good prices.

That approach has worked out quite well, generating returns that have beaten both the S&P 500 and the Large Growth category average as tracked by Morningstar over the one-, five-, and 10-year periods -- no mean feat for a $111 billion fund. It's no surprise that Morningstar gives Contrafund five stars overall.

Contrafund's huge size is the price of Danoff's stock-picking prowess. Its outsized performance under Danoff has made the fund a stalwart of many 401(k) plans and individual investors' portfolios. That in turn has made it one of Fidelity's, and the industry's, biggest actively managed funds for years.

What does Contrafund own?
The fund's official objective -- simply to seek capital appreciation -- gives Danoff lots of leeway to find and buy great companies without being too concerned about whether somebody else classifies the fund as "growth" or "value."

In practice, Contrafund's portfolio has typically had a strong large-cap growth bias. In part, that's a function of the fund's size. Danoff needs to stick mostly with big-name companies with big market caps, because holding a slice of even the greatest tiny company won't make much of an impact on the performance of a fund of this size.

Here are the fund's top 10 holdings as of the end of the first quarter:

See what I mean? Good (and big) companies with strong earnings growth, plain and simple. The fund's turnover rate is 45%, suggesting that Danoff tends to hold his best ideas for a while. We like that: It makes good investment sense and helps keep the fund's costs down.

Contrafund is fairly well diversified across sectors, but Danoff's stock-picking skills lead him to favor some over others. As you'd expect from a growth-minded manager, the sectors that dominate the fund are information technology and healthcare. The two sectors together account for about 34% of the S&P 500, Contrafund's benchmark index, but they make up nearly half (45.8%) of the fund's portfolio.

Still, it's a solidly diversified fund. But if you're looking for regional diversification, be warned that there isn't much. Danoff mostly sticks close to home: 91% of the fund's holdings were U.S. companies as of March 31.

Good performance at a reasonable price
Fidelity has long made Contrafund easy for individual investors to own. The minimum initial investment is just $2,500, there's no minimum on additional investments, and there are no loads or sales charges.

The fund's expense ratio (its management fee plus other expenses) was just 0.64% over the last year, or $6.40 per thousand dollars invested. That's more than you'll pay for most index funds, but it's significantly lower than the average for Morningstar's Large Growth category (1.2% in 2014).

The upshot: One of the great mutual fund stalwarts is still a solid bet
There's a good argument to be made that most investors are better off avoiding actively managed mutual funds nowadays. Between high fees and iffy stock-picking, many underperform the indexes over and over, making nobody but their managers rich.

But even today, Fidelity Contrafund continues to shine. That's because the fund continues to offer the simple value proposition that the Fidelity empire was built on: Hire a great stock-picker at a fair price and watch your portfolio beat the market. It's still working.