Latin America has gone through some tough times lately, as the drop in prices for oil and other commodities has weighed on the resource-rich economies of giants like Brazil and Mexico. For online marketplace specialist MercadoLibre (NASDAQ:MELI), Latin America's sluggish economic performance has raised concerns about the company's growth prospects. Yet even as investors prepare for the company's first-quarter financial report on Wednesday afternoon, MercadoLibre shares have soared to new all-time record highs, defying recent earnings weakness as the company looks to a brighter future from a recovery in the region's economic conditions. Let's look at what MercadoLibre is likely to tell us about its most recent quarter and its prospects for this year and beyond.

What's on the horizon for MercadoLibre earnings?
In recent months, investors have become much less certain about MercadoLibre's earnings prospects. They cut their first-quarter views by about a third and made smaller reductions to their full-year 2015 and 2016 projections. Yet the stock has soared nearly 20% since late January, easily outpacing the performance of most Latin American stock markets over the same period.

MercadoLibre's earnings have taken substantial hits from currency-related issues in Latin America. Over the past few years, the values of the currencies of Brazil and Argentina have dropped sharply against the U.S. dollar, which has weighed on MercadoLibre's earnings growth when measured in dollar terms. Yet sales have been reasonably strong, with last quarter's results including 20% growth in revenue stemming from the company's namesake online marketplace and from ancillary services. 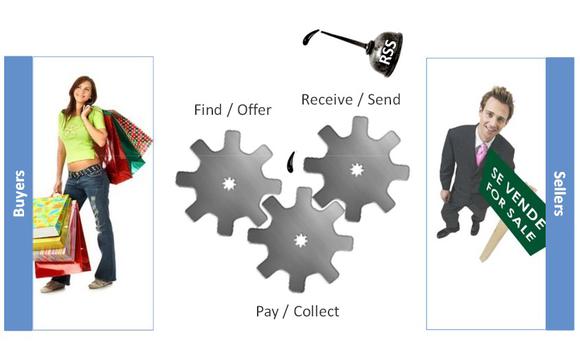 The mixed numbers from MercadoLibre's dollar-denominated results also hide huge underlying strength in the company's overall business strategy. Unlike its American e-commerce counterparts, many of which have attacked traditional brick-and-mortar retailers by luring shoppers away with cut-rate pricing, MercadoLibre has pushed hard to build positive relationships with local stores by offering payment, marketing, and technology solutions. By introducing the promise of Internet commerce to local retailers, MercadoLibre builds up its potential customer base and makes it easier to cross-sell additional services over time.

Along those lines, MercadoLibre has taken steps to broaden its potential business. Last month, the company announced it would buy Brazilian software company KPL Solucoes, with the intent of building out cloud-based business management software for MercadoLibre's retail-platform users. Facing potential foreign competition from companies that already have extensive cloud-computing experience in relation to retail efforts, MercadoLibre's move and similar acquisitions in Argentina and Chile should help it retain its home-field advantage among Latin American shoppers and business clients alike.

All that aside, MercadoLibre still has to deal with currency risk. Venezuela's latest in a series of currency moves, which took place in February, will likely hit the online marketplace's results. Many other companies have already reported reduced earnings as a result of the government's move. Devaluations in the Venezuelan bolivar have become almost a regular event, though, and investors shouldn't really be surprised at further turmoil there, especially given the country's reliance on oil exports to get hard currency and support its local economy.

In the MercadoLibre report, investors will need to see how the recovery in key economies including Brazil and Argentina are progressing. With so much of MercadoLibre's success coming from the rise of the consumer class in Latin America's biggest economies, future results will depend greatly on consumers' ability to keep reaping the rewards of the gains made by emerging markets over the years. Despite inevitable downturns, the longer-term upward trend has been favorable for those consumers, and that should translate into better prospects for MercadoLibre well into the future.