Please ensure Javascript is enabled for purposes of website accessibility
Log In Help Join The Motley Fool
Free Article Join Over 1 Million Premium Members And Get More In-Depth Stock Guidance and Research
By Dan Caplinger - May 5, 2015 at 10:03AM

A look south of the border reveals some interesting investment ideas. 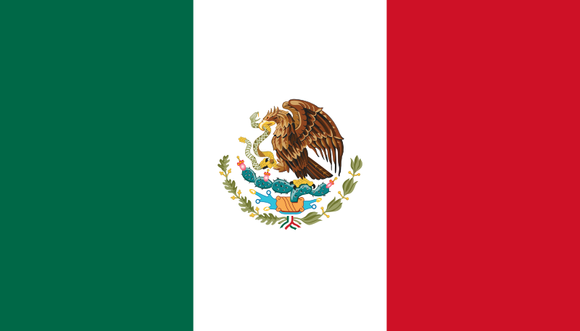 For most Americans, Cinco de Mayo is a good excuse to drink margaritas and eat Mexican food. Yet the celebration of the Mexican victory in the Battle of Puebla more than 150 years ago also gives investors an opportunity to take a closer look at the U.S.' neighbor to the south. Given the strength in the U.S. stock market, with the S&P 500 (^GSPC -0.07%) having once again climbed toward new record highs, one question open-minded investors have is whether a look at the Mexican stock market could open the door to better returns going forward.

Why Mexico has struggled recently
When you look back at long-term results, the Mexican stock market has produced strong results. Over the past decade, the 10% average annual return of the iShares MSCI Mexico ETF (EWW -0.74%), which tracks some of the biggest companies in the Mexican market, has outpaced the returns of the S&P and many other major international markets. Much of Mexico's gains came from big spikes in commodity markets during the mid-2000s, with the rise in oil prices toward $150 per barrel in 2007 and early 2008 helping to bolster the entire Mexican economy.

More recently, though, Mexico's strength has turned into a big weakness. Plunging oil prices have weakened the Mexican government's financial conditions, raising concerns that austerity measures could clamp down on economic growth well beyond the energy sector. The nation's currency has also softened, with the dollar now buying about 15.5 Mexican pesos, up from 13 as recently as last July. The currency drop has hurt the returns of U.S. investors, contributing to the 17% drop in the Mexican ETF since last summer.

Looking forward, though, there are reasons to be excited about Mexico. A weaker currency makes the nation's exports to the U.S. more attractive, providing wider profit margins for Mexican companies. More importantly in the long run, Mexico recently announced that it would open up its energy sector to foreign investment, lifting controls that effectively gave the state-run oil industry monopoly power over petroleum production. With future auctions to sell future potential oil and gas reserves beginning in 2016, low oil prices probably won't stop reserve-hungry energy giants across the world from flooding into the market, and that could strengthen prospects for all the related industries that benefit from greater capital expenditures on energy projects.

Over the past five years, the Mexican stock market has risen at just a third of the pace of its U.S. counterpart. If improving economic conditions can bring more prosperity to Mexico, then stocks in the nation could start playing catch-up and offer better returns than the soaring U.S. market. On Cinco de Mayo, that's a potential celebration worth a closer look.