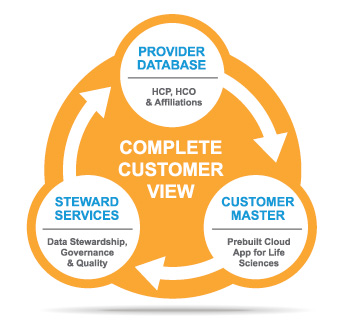 One of the most lucrative applications for cloud computing has been in the healthcare arena, where the pace of technological innovation has only recently started catching up with other sectors of the U.S. economy. In order to capitalize on the trend toward greater use of technology, Veeva Systems (VEEV -0.11%) has dedicated itself to serving big pharma and biotech companies in their efforts to get new treatments approved, and to make information gathering and coordination easier.

Coming into Thursday night's fiscal first-quarter report, Veeva investors had hoped that the company would rebound from a poor performance in the previous quarter. While they showed some signs of life, Veeva's results didn't entirely convince shareholders that the future is as rosy as they had hoped. Let's look more closely at Veeva Systems to try to discover why investors aren't happier about the results.

Why Veeva rained on investors' parade
As we've seen in past quarters, Veeva Systems is still in the prime of its growth phase. Revenue jumped 35%, to nearly $90 million, outpacing even the ambitious $88 million consensus expected from those following the stock. After making modifications from GAAP accounting rules, adjusted net income climbed an even more impressive 65%, to $17.1 million, producing earnings of $0.12 per share, and topping expectations by $0.02 per share.

A closer look at Veeva's results shows just how successful the company has been. Subscription-services sales, which are a vital source of recurring revenue for Veeva, grew 42% from the year-ago quarter. Furthermore, margin improvement continued to contribute to overall performance, as Veeva's gross margin on its subscription-services sales climbed to nearly 78%, which was nearly triple what the lower-margin professional services division brought in.

Operating expenses grew substantially, but the 31% rate at which they climbed was still smaller than the corresponding gain on the revenue side of the income statement. That, in turn, helped push adjusted operating margins up by five full percentage points, to 29.3%.

CEO Peter Gassner expressed his satisfaction at the report, citing how Veeva is "well-positioned as one of the top software vendors to the life sciences industry." As it continues to bring in new customers and build up its relationships with existing clients, Veeva hopes to grow even more quickly in the future.

How can Veeva keep growing?
Veeva is convinced that, in its current position, it can accelerate its growth in the years to come. Yet Veeva's guidance for the current quarter didn't entirely live up to the expectations of all of its investors. Revenue of $95 million to $96 million brackets the current expectations among investors quite tightly, and earnings of $0.11 per share match the consensus figure exactly. Still, Veeva did push up its full-year guidance, as it now expects earnings of $0.45 to $0.46 per share on revenue of $393 million to $397 million.

As we saw last quarter, though, investors weren't happy with the report. In the first hour of after-hours trading following the announcement, Veeva shares fell nearly 6%, giving up their gains from earlier in the day, and erasing some of the progress the stock had made after a big plunge after Veeva's release of fiscal fourth-quarter results during the winter.

For long-term Veeva shareholders, the short-term reaction for the stock price isn't worth panicking about. From a trader's perspective, though, Veeva has clearly established itself as a company that can grow at an extremely fast rate regardless of conditions elsewhere in the IT industry. As a result, investors will continue to have high expectations for the company, and anything short of perfection will result in one-day punishment like the one we'll probably see tomorrow for Veeva.

Why Aehr Test Systems Was Rallying Yet Again This Week