It all depends on how much you spend and when you spend it.

How much time and money can you really save paying a little extra on the mortgage? Well, it depends on how much you spend and when you spend it.

When most people think of loan payments and amortization schedules, they view them as linear. An additional dollar toward the mortgage now is the same as a dollar later. Or the more you pay toward principal every month, the more benefit you receive. Neither of these is true. 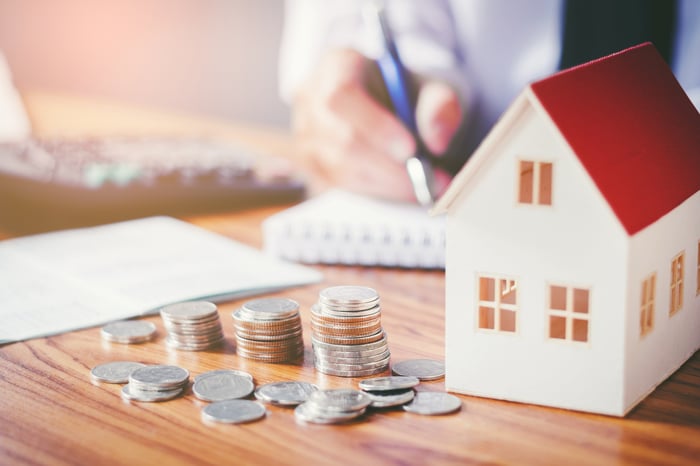 Let's look at an example to see how it actually works.

The first thing you'll notice is that paying a little more each month saves you money over the long term. With just $30 in additional principal payments a month, which most of us can afford and wouldn't notice, you can save over a year of payments and $13,458 in interest. If you upped it to $300 a month, you save $91,742 over the life of the loan. That's equivalent to a few years' wage for most people.

Now, the most important thing to notice about this chart is that for every additional dollar put toward principal, you get less of a return than the previous dollar. It's called diminishing returns. That's not what most people would expect, because we're used to getting more when we pay more.

The same pattern holds true for the time you save on the loan. The more you pay each month, the less benefit each additional dollar has on time saved.

As Albert Einstein once said, "Compound interest is the eighth wonder of the world. He who understands it, earns it ... he who doesn't, pays it."

The effects of when and how much you pay

We're not done yet.

Let's look at when you pay and how much of an impact that has on long term-savings and benefit.

This chart shows the impact of paying an additional $100 a month over different five-year intervals:

Each of the payment plans is exactly the same. However, the outcome is not. For example, if you pay $100 more a month for the first five years of the loan, you will save one year and two months of payments and $17,025 in interest. Not bad. If you did the same payment plan between years 25-30, you would save only four months and $785.

Let's go a step further (not in the chart) and calculate the extra payments starting in year 10 and going until the loan is paid off (18 years and one month of payments). This payment plan would yield a savings of $15,401. Keep in mind that the same payment for the first five years saved you $17,025, or $1,625 more than the same $100 a month for the last 18 years. That's a huge difference.

We tend to think that paying a little bit more won't make that much of a difference, because it usually doesn't. In the case of paying off a loan, a little matters the most. And the sooner you do it, the better off you'll be.

Today is a good day to start.