Pound for pound, DEVGRU may just be the U.S. Navy's most expensive weapons system, and it's not actually a weapons system at all.

Dating back to October 1980, the Naval Special Warfare DEVelopment GRoUp is the official Pentagon acronym for the group more popularly known as "SEAL Team 6," and is subordinated to the Joint Special Operations Command (JSOC, itself subordinate to the U.S. Special Forces Command -- SOCOM). Drawn from the very best operators within the Navy's already-superb SEAL (Sea, Air, Land) teams, DEVGRU spearheaded the fight against the Taliban's top leadership in Afghanistan, and in 2011 launched a daring nighttime raid into Afghanistan to kill Osama bin Laden.

In the following few paragraphs, we'll tell you everything that investors need to know about it. 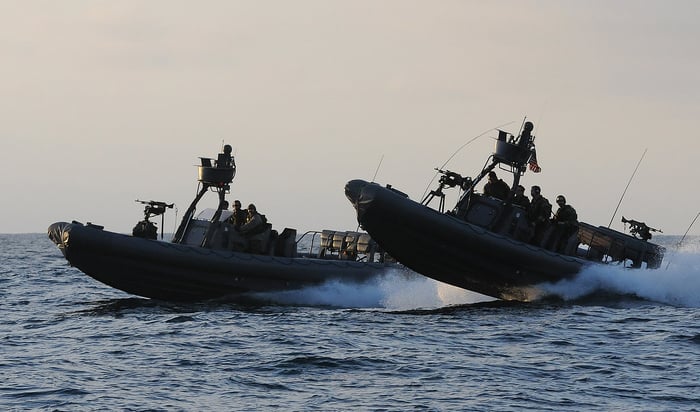 Get to know DEVGRU

The Pentagon doesn't like to talk about DEVGRU. To the contrary, former NATO Supreme Allied Commander Adm. James G. Stavridis says that given his druthers, DEVGRU would "continue to operate in the shadows." Nevertheless, information still filters out.

While highly secretive, DEVGRU is believed to comprise at least four squadrons of special forces operators code-named Red, Blue, Gold, and Silver. A sea-focused Gray squadron may also exist, and also a special Black recon squadron. In total, the New York Times reports, there are 300 assault troops in DEVGRU, and 1,500 support staff -- pilots, engineers, bomb disposal techs, Seabees, medics, and intelligence officers. So while popularly believed to be a very small unit, in fact, DEVGRU as a whole boasts a not insubstantial strength of perhaps 1,800.

The budget for outfitting these highly trained servicemen and -women may be similarly substantial. 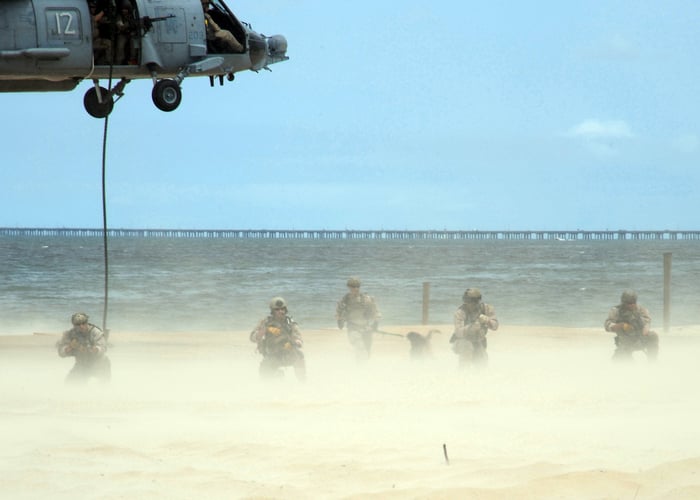 Special forces -- special equipment
The New York Times notes that unlike the "standard-issue" military, DEVGRU operators are outfitted with "customized" weaponry, specially tailored to their missions. German-made Heckler & Koch MP7 rifles equipped with suppressors, infrared lasers, and thermal optics are just the start of their arsenal. "The SEALs were equipped with a new generation of grenade -- a thermobaric model that is particularly effective in making buildings collapse," reports the Times.

DEVGRU also has access to SOCOM's own fleet of specially designed helicopters, such as Boeing's MH-47G Chinook and AH-6M Little Bird. They've got their own airplanes, too -- the MC-130J Commando II version of Lockheed Martin's C-130, and a CV-22 version of Bell-Boeing's Osprey tiltrotor aircraft. 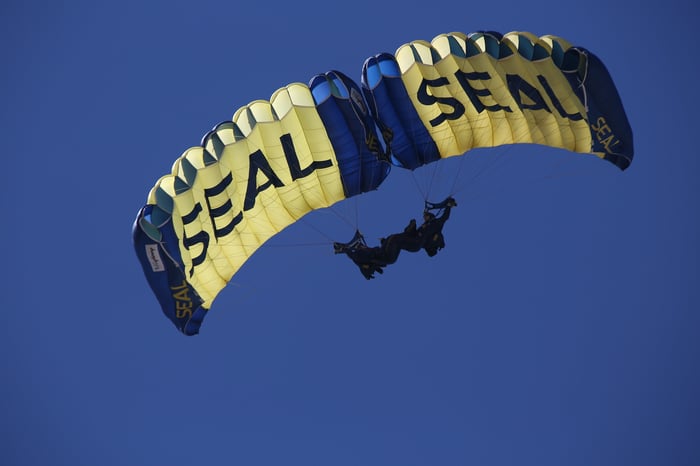 Our budget? We could tell you, but then we'd have to...
Detailed information on funding for DEVGRU is not easy to come by. Media reports suggest that total "special forces" in the U.S. military may now number 72,000, with an overall budget in excess of $10 billion, but a search for contracts awarded via the U.S. Department of Defense specifically benefiting DEVGRU yields a null result. Likewise searches for SEAL Team 6.

Contracts more broadly defined as benefiting SOCOM, however, appear with some regularity in the Pentagon's daily briefing on contract awards. To give you an idea of how much money may be involved in outfitting DEVGRU operators for their missions, here are just a few of the SOCOM contracts we've uncovered:

The upshot for investors
Although its numbers are small within the context of a 1.4 million-man active-duty military, DEVGRU is a big deal for investors. That $5 billion contract alone, over the nine years it will take to fulfill, works out to about $555 million annually, or more than 5% of one of the larger estimates of SOCOM's annual budget -- all awarded to one company, Lockheed Martin. It gives you an idea of how lucrative outfitting and supporting SOCOM in general, and DEVGRU in particular, can be for a defense contractor's business.

For a smaller defense contractor such as AeroVironment -- or an even smaller, privately held firm such as Oregon Iron Works -- the benefits of landing special forces work can be downright transformative. And four years after bin Laden exited the world stage, the special forces contracts just keep coming.

Which is why, if you're an investor in the defense industry, it pays to get to know DEVGRU.