A few years ago you wouldn't have known Robert E. Murray, but today he's a major force in the coal industry -- remember his name.

If Robert E. Murray's name doesn't ring a bell for you, then you haven't been paying much attention to the coal industry. His first big deal was to acquire half of CONSOL Energy's (CNX 0.40%) coal business, which vaulted his private company, Murray Energy, into the top echelon of the U.S. coal industry based on production. And he and his company have only gotten more important since that point.

Private to public
Murray has spent his entire life in the coal industry, feeling the ups and downs of the mining process in a very personal way. For example, his father was paralyzed in a mining accident when he was just a child. Murray himself lived through some mining incidents while he was in the mines, reportedly lying about his age so he could work to help support his family at age 16. So he is steeped in the industry and knows it from the ground up.

After high school he went on to earn a degree in engineering and mining and attended Harvard Graduate School of Business. Instead of branching out to something new, he went right back to the coal mines, working for North American Coal Corporation where he rose to vice president of operations in 1969. By 1983 he was the company's CEO. However, within four years he was out.

But that may have been the best thing for Murray, because it led to him buying his own mine in 1988. Essentially, that was the start of what has grown to be one of the largest coal companies in the United States. He grew the company by acquiring mines with high-energy-content coal that were located near customers. He believed that similar coal from faraway regions couldn't compete with such mines because of the high transportation cost to get the coal to customers.

For the most part, he appears to have been correct in the call, finding success is places like the Illinois Coal Basin. But it was the roughly $3 billion deal to buy five mines from CONSOL that really brought Murray into the public space. At that point, CONSOL was looking to get out of the coal business in a switch to increasingly abundant and cheap natural gas.

Murray followed that 2013 deal up with the early 2015 acquisition of a 50% stake in Foresight Energy LP (FELP) from fellow industry heavyweight Chris Cline. That said, he's only taking a minority stake in Foresight's general partner. This was a step back from his original plans, which involved more control over both entities, because he had trouble getting financing.

But this is an interesting deal because Murray Energy will be able to sell coal mines to affiliated Foresight. In the LP space this is called a drop down and it means Murray now has access to the equity markets to raise capital. Which means Murray may get even more acquisitive during what have proven to be the coal industry's darkest days. In other words, he's not done yet.

And he isn't waiting around, either. For example, Murray Energy recently inked its first deal to buy a foreign coal mine from Goldman Sachs. It also announced plans to team up with Europe's E.ON to create a global commodities marketing and trading company. Murray is a man on a mission in the coal industry. 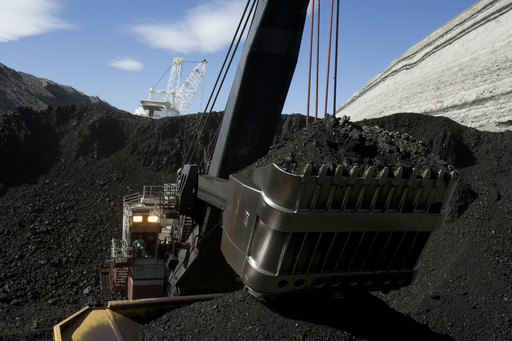 In the public eye
A big part of that mission recently has included being the coal industry's bulldog. What does that mean? Murray has been behind a wave of lawsuits against the government to stop new regulations that will reduce demand for coal. Other industry participants have taken a softer approach. For example, Peabody Energy (BTU) has been highlighting the fact that coal can help provide low-cost energy to the world's poor. But with Murray effectively doubling down on the coal industry, it makes sense that he is willing to take on the role of attack dog.

While Murray's cases will wax and wane their way through the U.S. court system, they have found their way to the highest levels of our legal system and have made big headlines along the way. There's more to come on this front, making Murray and his company industry players to watch very closely. Moreover, Murray isn't a quiet man, garnering such headlines as "CEO Blasts Pope, White House Over Climate Change," which appeared on Fox News.

For coal investors, then, Robert E. Murray is a man to watch because his actions will have a big impact on the coal industry -- for better or worse. That spans the legal, regulatory, and underlying business fronts. For those who own Foresight Energy, meanwhile, Murray's aggressive stance potentially ups the risk you face if he overreaches. However, as he looks for capital to expand in the downturn, there's material potential for growth as Murray Energy drops assets down to the LP.

And whatever your opinion of Murray, Murray Energy, Foresight, coal, or government regulation, it is clear that Murray has already changed the face of the coal industry. And there's more where that came from, which is why you'll want to make sure you know what Robert E. Murray the companies he controls are up to. At this point there's no way to tell if he's going to be a giant or crash and burn. But whatever happens, he's going to make it interesting.