Beauty product companies generally aren't known for explosive growth. Yet the industry is a fairly stable and non-cyclical one, which has grown at a pace of 3% to 5% annually over the past four years, according to cosmetics giant L'Oreal. Let's take a look at two of the best stocks in this sector -- Estee Lauder (NYSE:EL) and Coty (NYSE:COTY). 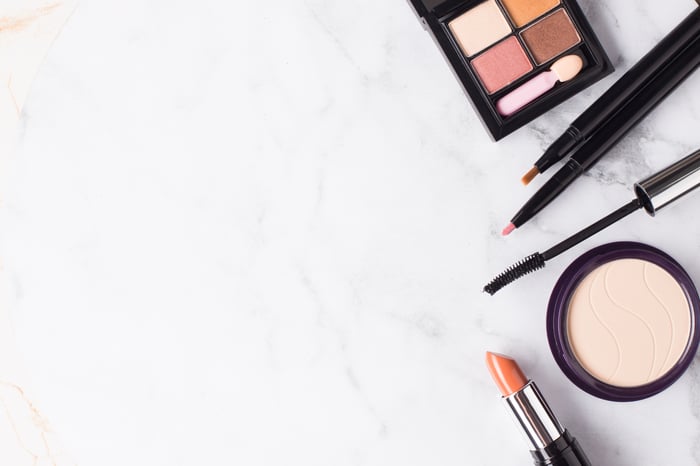 In fiscal 2015, Estee Lauder's revenue declined 2% annually to $10.8 billion, net earnings fell 9% to $1.09 billion, and diluted earnings per share dropped 8% to $2.82. That doesn't sound great, but those declines were mainly caused by foreign currency fluctuations, since 58% of Estee Lauder's revenue came from outside the Americas. Excluding currency impacts, sales actually rose 3%, and diluted earnings remained flat. Stripping out the impact of accelerated orders and one-time charges, sales and diluted earnings would have respectively risen 6% and 12% over the year -- not bad for a mature personal products company. The company also pays a forward annual dividend yield of 1.2%.

Estee Lauder's business is split into four main categories: makeup, fragrances, hair care products, and skin care products. In 2015, sales from the first three categories rose annually on a constant currency basis, but skin care sales slipped 2%. Skin care weakness has been an ongoing issue over the past few quarters, especially with its smaller and mid-sized brands overtaking sales of its flagship Estee Lauder and Clinique brands, which have broader distribution channels. Slower department stores sales in the U.S. and China, which recently lowered its import taxes on skin care products, also weighed down sales.

Despite its skin care struggles, Estee Lauder remains a "best in breed" stock in the beauty products industry, and its growth should return once the dollar cools off. The stock has risen about 7% over the past 12 months, easily outperforming the S&P 500's 3% decline. However, the stock isn't cheap at 28 times earnings, which is significantly higher than the industry average of 23 for the personal products sector, so investors should probably keep this one on their watchlists for now.

Coty
Investors looking for a more aggressive investment than Estee Lauder should check out Coty, which has rallied nearly 60% over the past 12 months. Coty produces fragrances, color cosmetics, and skin care products, which are sold under licensed brands. Its top brands include Calvin Klein, Chloe, Davidoff, Marc Jacobs, Adidas, and Playboy. 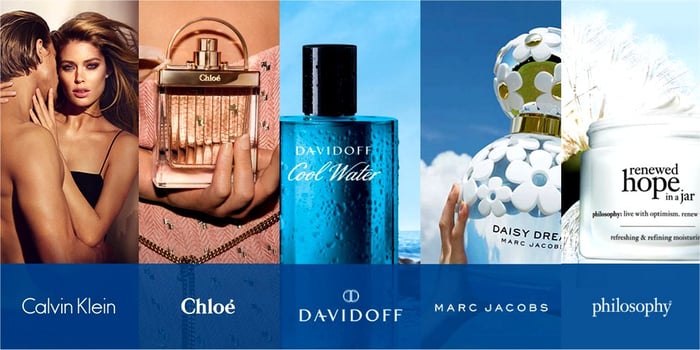 In fiscal 2015, Coty's revenues declined 3% annually to $4.4 billion, but remained flat on a like-for-like basis (which only includes activities which were in effect during both periods). Excluding currency impacts, revenue -- 60% of which came from outside the Americas -- rose 2%. Coty's adjusted net income rose 14% to $360 million.

Coty plans to fill in those gaps by buying Procter & Gamble's (NYSE:PG) perfume, hair care, and cosmetic businesses in a massive $12.5 billion merger. After that deal closes next year, Coty will overtake L'Oreal as the biggest perfume maker in the world, and become the third largest makeup company behind L'Oreal and Estee Lauder. It would gain the perfume licenses of Gucci, Hugo Boss, and Dolce & Gabbana, along with the Cover Girl and Max Factor make-up brands. The new company would more than double its size and generate annual revenues exceeding $10 billion. The merger would result in $550 million in savings, but Coty must assume P&G Beauty's $2.9 billion in debt.

Even as it evolves into a much larger company, Coty hasn't forgotten about boosting shareholder value. It announced a new $700 million buyback plan in August, and boosted its dividend by 25% to $0.25 per share in September, which gives it a forward annual yield of 0.9%. Although Coty seems to be evolving into the next L'Oreal or Estee Lauder, it's much pricier than either company, with a trailing P/E of 42. Therefore, investors should keep a close eye on Coty, but be aware that its valuation could limit its upside potential.

The key takeaway
Estee Lauder and Coty are two solid ways to invest in beauty products. Both companies have non-cyclical portfolios which hold up well during downturns, as well as strong premium brands to ward off cheaper competitors.

However, investors should be aware of the near-term risks. A strong dollar is bad for both companies, and problems across Europe and Asia could curb spending on premium beauty products. More importantly, neither stock looks cheap compared to the market or other personal care stocks, so we could see lower prices ahead.