After closing out a brutal third quarter of nearly double-digit losses, stocks made solid gains to begin the final three months of 2015. The S&P 500 (SNPINDEX:^GSPC) and Dow Jones Industrial Average (DJINDICES:^DJI) both rose by nearly 5%. 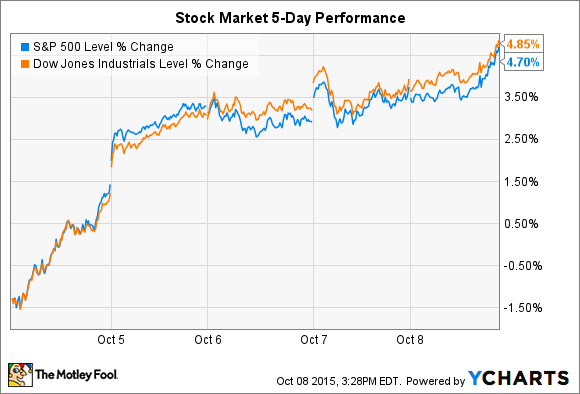 The coming week promises to shift attention to profits as earnings season kicks into full swing. Two Dow giants, Intel (NASDAQ:INTC) and Goldman Sachs (NYSE:GS), will reveal their third quarter results during the next few days. And Netflix (NASDAQ:NFLX), the best-performing stock in the S&P 500 year-to-date, will post its highly anticipated earnings report on Wednesday.

Tuesday, Oct. 13 -- Intel looks for excitement
The PC takes center stage first, with computing giant Intel set to post results after the market closes on Tuesday. Intel surprised Wall Street at the last quarterly check-in: It beat sales and profit estimates while projecting a less-bad year than analysts had been expecting. The chipmaker's official outlook now calls for sales to fall by just 1% this year, even as PC shipments shrink by 9%, according to the latest forecast from IDC. Growth in its data management and Internet of things divisions have picked up some of the slack from weak PC demand.

The expected headline numbers for this quarter's results are $14.2 billion of revenue and $0.59 per share in profit. Both figures are down from the prior year. Yet investors might turn more optimistic on the stock if PC sales get a lift from the launch of Intel's Skylake processor, or from the strong reception of Microsoft's Windows 10 operating system. CEO Brian Krzanich said in July that those releases could help "bring excitement to client computing" in the second half of the year. We'll soon learn if the company still believes the scenario will play out that way.

Wednesday, Oct. 14 -- Netflix talks global domination
Netflix is the market's single best-performing stock heading into the final quarter of the year, which means investors are expecting awesome things from the streaming giant's Wednesday afternoon earnings release. That outperformance also raises the likelihood that shares will fall after the report, because so much optimism is reflected in the stock price. 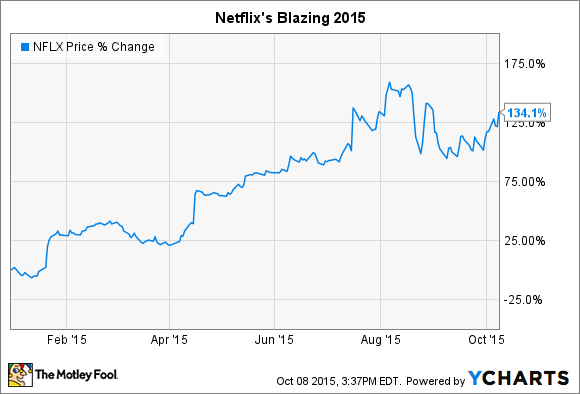 Wall Street is looking past earnings at the moment as CEO Reed Hastings has decided to divert profits into an aggressive international expansion plan. Analysts see Netflix booking a 43% profit dip to $0.08 per share this week, but the more important number to watch is membership growth.

Hastings told investors in July that Netflix expects to add 3.6 million new subscribers this quarter, with the bulk of them -- 2.4 million -- coming from international markets. The company just added one huge new country, Japan, to its quiver last quarter, and investors will be watching for evidence as to how the international expansion might transform the long-term membership growth and profitability potential for this stock market darling.

Thursday, Oct. 15 -- Goldman Sachs targets M&A revenue
Finally, investment banking giant Goldman Sachs will announce its third quarter results before the market opens on Thursday morning. Goldman last quarter posted surprisingly strong adjusted earnings, thanks to rising demand for mergers and acquisition work: Revenue in its financial advisory business segment is up by 50% during the past six months. "We were pleased with our performance for the quarter," CEO Lloyd Blankfein said in July.

This quarter, expectations are for revenue to sink 9% lower to $7.6 billion, as earnings fall to $3.29 per share from $4.57 per share in the year-ago period. While there are typically many moving pieces in Goldman's quarterly reports, including the occasional multi-billion dollar legal or regulatory writedown, shareholders will likely focus on the important operating figures. Those include return on equity, which has averaged 10% during the last six months, and book value, which is roughly flat, at $169 per share, yielding a current stock valuation of 8% above book value.