Facebook's (NASDAQ:FB) Internet.org is a big question mark for many investors following the social network. The service is often ignored or simply regarded as a charity effort. But there's more than meets the eye with Facebook CEO Mark Zuckerberg's passion for Internet.org. Indeed, the initiative itself is one of the strongest cases for the CEO's valuable, long-term perspective. 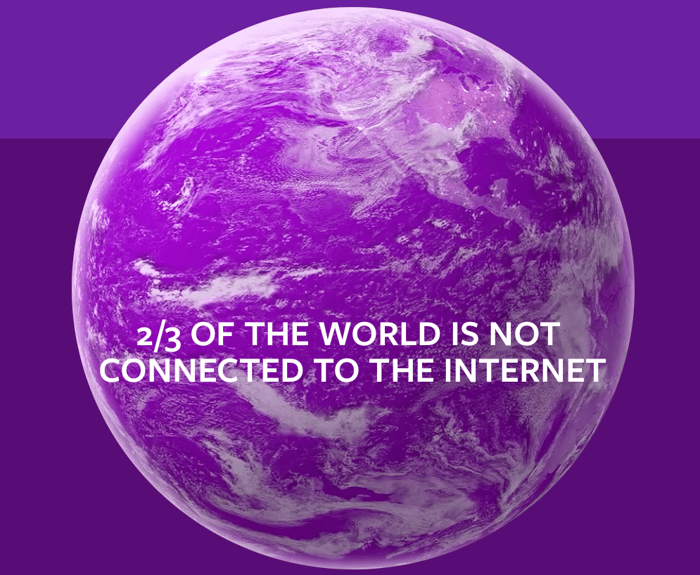 To set the record straight on Facebook's Internet.org initiative, here are some important tidbits about the program for investors to digest.

"Free Basics" is a catalyst for Internet adoption
Internet.org's main mission is to connect the two-thirds of the world that is currently not connected. While programs will include a number of projects to help take steps toward its ambitious vision, Internet.org's first major project is what Facebook is calling "Free Basics," a service provided in areas where the Internet is less affordable, offering a packaged version of the Internet aimed at persuading phone users to upgrade to a data plan.

But is Free Basics actually working? Apparently. "Free Basics brings new people onto mobile networks on average over 50% faster after launching the service," Facebook says on its Internet.org site.

Through our connectivity efforts we've brought more than 9 million people online that otherwise would not be and introduced them to the incredible value of the Internet. People now have access to basic Internet services including tools and resources for communication, health, education and local news.

Free Basics is an onramp to the Internet
When Facebook first launched Free Basics, one complaint was that the company was offering a limited version of the Internet. But this isn't Facebook's aim at all.

While the Free Basics app does not offer the same breadth as the full Internet, this is only because Facebook is trying to communicate the value of the Internet without bogging down carrier infrastructure. Providing broad access to the Internet on Facebook's Free Basics app wouldn't work, because carriers fork over the cost of providing data for the app.

Investors should think of Free Basics as an onramp to the Internet, Facebook explains:

Facebook is a proponent of giving users unrestricted access to the Internet. Indeed, the sustainability of Free Basics is built on the very premise that the service will spark greater Internet adoption to the broader Internet. Otherwise, operators wouldn't be able to afford to invest in their data infrastructure because new users wouldn't be paying for data.

There's a long-term business case
In the near term, Facebook gains nothing from its Internet.org investments. No company pays the social network for its Free Basics app, and Facebook doesn't run any of its own ads in Free Basics. Longer term, however, it could be argued that there is a business case.

"In the long term, I do think it could be good for our company, as well," Zuckerberg explained during a Bloomberg interview earlier this year.

[I]f you look at it in a 10-, 20-, 30-year time horizon because a lot of these countries and economies will develop, and over time will be important. But most people who are running businesses don't make investments for 30 years down the line in terms of products that they are going to build.

In other words, if Facebook can accelerate Internet adoption, the company may be able to accelerate global advertising revenue growth over the long haul. With the company making the majority of its money from advertising, this could benefit Facebook. Of course, we're talking a very long-term time horizon here.

Despite a possible business case, Zuckerberg readily admits that Internet.org is primarily driven by an intrinsic desire to see the world connected -- not by a for-profit motivation.

The investor takeaway here is that Facebook's Internet.org is more relevant to investors than it may seem at first glance. Not only is Internet.org already showing signs that it is actually working, but the whole initiative provides investors a glimpse into just how long-term oriented Zuckerberg is. And for buy-and-hold investors, it's always good to see evidence that a CEO is invested for the long haul.