Tennant's (NYSE:TNC) stock has had a rough year, down about 20% as the company struggled with inconsistent global demand for its cleaning machines. Management back in July lowered its full-year sales expectations while citing "global economic uncertainty."

Tennant this week revealed some positive business trends as part of its third-quarter earnings results, but also downgraded its revenue outlook for the second time in 2015.

What happened with Tennant Company this quarter?

Tennant's operating results were a tale of two regions: the United States and everywhere else. Growth in its biggest market, the U.S., was robust, but mixed international results dragged down sales growth and kept a lid on its outlook:

What management had to say
"We remain pleased with our strong performance in Tennant's largest market of North America, and our growth in the Asia Pacific region, both of which fueled organic sales gains," CEO Chris Killingstad said in a press release. The good domestic results were driven in part by innovative product introductions, executives said, including rider scrubbers and scrubbers equipped with Tennant's new cleaning liquid solution. 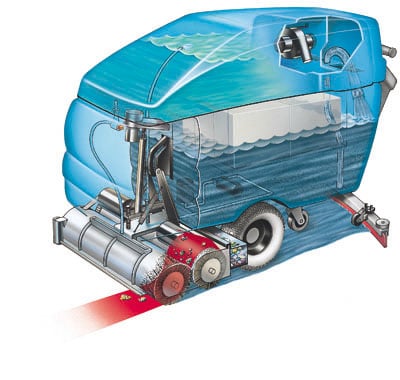 Management intends to keep the innovation pace up: The company boosted R&D spending to 4% of sales (up from 3.4% last year) as it processed its strongest pipeline of new products to date.

"We are focused on creating value through new product introductions, and expanding our worldwide sales and marketing initiatives to increase Tennant's global market share, while concurrently running a more efficient business to raise productivity," Killingstad explained. The productivity gains are already showing in Tennant's rising margins.

Looking forward
The company lowered its sales guidance and now projects full-year revenue of $820 million, compared to the $835 million it was expecting three months ago. That means Tennant may post a slight revenue decline this year.

Nearly all of that change, though, can be attributed to foreign currency swings, not a drop in demand. Still, this will likely be a slow sales year for Tennant. Its organic growth rate is projected to be 5%, or about half the pace it set in fiscal 2014.