One downside of rising stock prices is that dividend yields move in the opposite direction. The S&P 500 currently has a dividend yield of about 2%, a paltry payout that's well below the historical average.

Despite the average dividend yield being low, there are still some stocks that sport far-higher yields. Three stocks in particular -- Verizon Communications (NYSE:VZ), AT&T (NYSE:T), and Mattel (NASDAQ:MAT) -- stand out to our Foolish contributors as great high-yield options.

Steve Symington (Verizon Communications): Even though Verizon Communications is operating in a tough market in the face of ever-increasing competition, I think dividend-hungry investors would be wise to take a bite of the company on the heels of its strong third-quarter report. 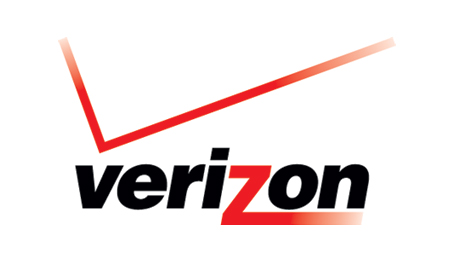 The telecom giant not only managed to add 1.3 million monthly wireless subscribers in Q3 -- ending the period with a staggering 110.8 million total retail connections -- but also demonstrated its customers are exceedingly loyal, with low postpaid churn of 0.93%. This is a delighful consequence of building and maintaining arguably the world's most robust, reliable wireless network. Meanwhile, at its Wireline business, Verizon added 114,000 FiOS Internet subscribers, and 42,000 FiOS video subscribers, helping FiOS segment revenue rise 7.5%.

Put it all together, and Verizon grew quarterly revenue 5% year over year, to $33.2 billion, and thanks to increasing margins and Verizon's generous capital returns programs, net income per share rose 11.2%, to $0.99. But more importantly, Verizon also generated $28.4 billion in cash flow from operations through the first three quarters of the year, and $13.5 billion in free cash flow during the same period -- the latter even after excluding a one-time $2.4 billion benefit from monetizing tower assets in the first quarter.

In the end, investors are left with a steadily growing telecom industry leader that offers an annual dividend yield of nearly 4.9% at today's prices. For patient shareholders with time to let compounding do its work, Verizon is as solid a portfolio candidate as they come.

Andres Cardenal (AT&T). The telecom industry is particularly challenging and competitive. Big industry players are aggressively cutting prices down to sustain market share, and this is taking its toll on revenue growth and profitability. AT&T, however, is an industry juggernaut making more than $150 billion in annual revenue, and the stock pays a big and juicy dividend yield of 5.6% at current prices.

The company reported a 19% increase in revenue for the third quarter in 2015, driven mostly by the acquisition of DirecTV, and stable performance across the other business segments. Management specifically highlighted during the earnings conference call that revenues are increasing even when excluding the impact from the DirecTV acquisition, so organic revenues are moving in the right direction, even if growth remains uninspiring.

Importantly, AT&T is generating massive amounts of cash flow. Cash flow from operating activities amounted to $11 billion during the quarter, an increase of nearly 20% versus the same period in 2014. Even after deducting capital expenditures, the business brought in $5.5 billion in free cash flow during the period.

This means that AT&T's dividends have absorbed nearly 57% of free cash flow during the last year. This is quite a sustainable payout ratio coming from such a big and stable corporation.

Tim Green (Mattel): For investors with plenty of patience, toymaker Mattel offers a compelling high-yield opportunity. The stock has been hammered during the past few years, with revenue declining and profits falling off a cliff, and this has caused the dividend yield to soar. Currently, Mattel pays an alluring 6.2% dividend, a higher yield than both of the telecom companies discussed above.

Mattel's dividend is not nearly as safe, though. The company managed net income of just $0.90 per share during the past 12 months, far less than the $1.52 per share it paid out in dividends. This situation is obviously not sustainable, and either earnings need to rise, or the dividend needs to be cut. For those looking for a safe dividend stock that can be bought and forgotten about, Mattel is not the way to go.

New leadership is attempting to turn the toymaker around, reducing the overwhelming bureaucracy that has slowed down decisions, and crippled the company's creative team. The Barbie brand, which is currently suffering from weak demand, is being reinvigorated with new products, including superhero dolls, through a partnership with DC comics. Execution problems last holiday season plagued the company, with TV advertisements not matching what was being featured in stores, and Mattel is working to ensure that it doesn't repeat those same mistakes.

A successful turnaround certainly isn't a sure thing, but with most of the company's problems seemingly temporary, locking in a dividend yield in excess of 6%, and waiting out the storm, is an enticing proposition.