What: Investors in Natera (NASDAQ:NTRA), a company focused on non-invasive genetic testing, finally had a month to celebrate. The company's shares soared 20% higher in December, according to data from S&P Capital IQ.

So what: News broke during the month that MedGenome, a clinical genomic testing company based in India, is now performing the company's Panorama non-invasive prenatal test in its genetics laboratory in Bangalore. This represents Natera's first entrance into India, and investors cheered.

Now what: Natera has been a rough stock to own. Shares are down more than 50% since they first hit the public markets. 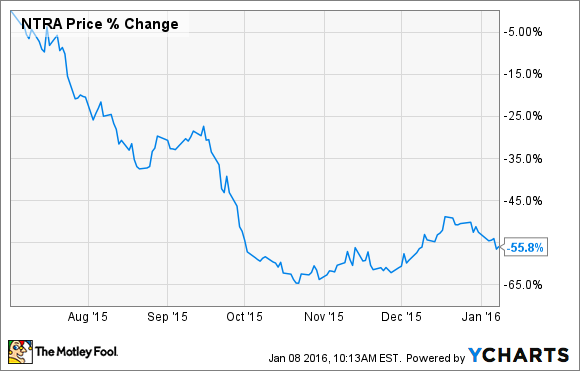 The sell-off appears to have been caused by pricing pressure concerns. Although the company is successfully growing its testing volume, reimbursement issues have prevented that growth from translating into revenue. The company also faces some serious competition in the space as it is competes directly with Illumina's (NASDAQ:ILMN) Verinata Health division. Like Natera, Illumina also offers prenatal testing services that are used to spot chromosomal abnormalities. Competing with a well-financed giant like Ilumina is no small task, so investors should keep a close eye on this rivalry.

Until Natera can prove that it can translate testing volume growth into revenue growth, I'm content to watch this story unfold from the sidelines.