Please ensure Javascript is enabled for purposes of website accessibility
Log In Help Join The Motley Fool
Free Article Join Over 1 Million Premium Members And Get More In-Depth Stock Guidance and Research
By Keith Speights - Jan 22, 2016 at 7:40AM

What's behind the big stock price swings for this 3D bioprinting innovator? 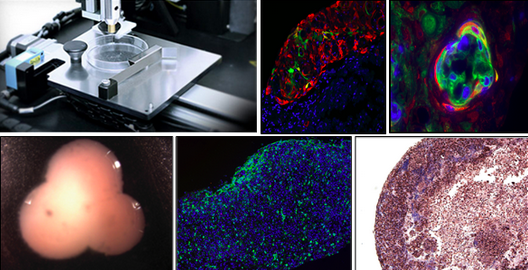 What in the world is going on with Organovo Holdings (ONVO -10.42%)? The 3D bioprinting company's stock has taken shareholders on a wild roller coaster ride over the last few days. On Tuesday, Organovo's share price dropped nearly 9%. The next day, the stock reversed course, regaining almost all of the previous day's loss. Here's what investors need to keep in mind with Organovo's crazy volatility.

A key departure
It's not unusual for a stock to drop when the company announces the departure of a key executive -- especially the CEO or CFO. So when Organovo announced the retirement of longtime CFO Barry Michaels, no one should have been overly surprised when shares fell.

Having said that, Michaels' departure certainly didn't warrant a 9% plunge in Organovo's share price. After all, he isn't leaving the company due to an accounting issue or some other scandal; Barry Michaels has worked for over 40 years, serving as Organovo's CFO since 2011. He plans to retire at the end of the biotech's fiscal year in March.

This isn't too different from what Clovis Oncology (NASDAQ: CLVS) went through a few months ago. On November 5, Clovis announced that Erle Mast planned to retire as of March 31, 2016. Clovis' shares barely budged on the news, even though Mast was a co-founder of the biotech.

Why did the market react more negatively with Organovo's CFO departure than it did for Clovis? There's no way to know for sure. Maybe Organovo's temporary drop in share price at the same time as the announcement of the CFO leaving was a coincidence. I doubt that's the case, but it's possible. At any rate, like Clovis, Organovo has already started the search to fill the CFO slot. There doesn't appear to be any reason for investors to worry about the changing of the guard.

Third-quarter expectations
However, concerns might be justified over anxiety about what Barry Michaels will have to say, along with Organovo CEO Keith Murphy, in the company's third-quarter earnings call scheduled for February 8. Last quarter, Organovo lost $11.3 million, or $0.12 per share.

Investors will be eager to hear about how Organovo's exVive3D is faring in the marketplace. The company previously announced contract bookings of around $2 million for its bioprinted human liver tissue. Organovo has already recognized approximately $300,000 of that total and expects to recognize as much as $1.4 million in revenue from these bookings in fiscal 2016.

There will also no doubt be intense interest in any hints about additional contract bookings Organovo has landed for exVive3D. The company has stated that it will only announce updated contract bookings on an annual basis rather than quarterly. As a result, don't expect Organovo to provide any numbers. Instead, analysts and shareholders will likely parse every word from Murphy and Michaels to try to get a feel for how bookings are progressing.

Organovo's cash situation will be another key item to watch. Last quarter, the company reported $76.9 million in cash and cash equivalents. As long as Organovo keeps its third-quarter losses in the ballpark of recent quarters, that should be plenty to sustain it well into 2017.

Outside of exVive3D and cash, probably the biggest topic of interest will focus on the progress of Organovo's kidney tissue. Functional validation of the bioprinted kidney tissue finished in October -- a couple of months ahead of schedule. Investors will be encouraged if Organovo stays on track to begin contracting for the kidney tissue in the calendar third quarter of 2016.

Roller coaster ride redux?
Last year, the stock experienced multiple swings -- both up and down -- of more than 20%. Although shareholders might not particularly enjoy it, Organovo seems likely to keep the roller coaster ride going in 2016.

This volatility is par for the course with early stage companies in the biotech sector. Although Clovis Oncology's shares didn't react much on the news of its CFO retiring, the stock went through several big moves of 20% or more in both directions over the past year -- just like Organovo.

What investors should focus on with Organovo (and Clovis Oncology, or any stock they own, for that matter) are the long-term prospects for the business. Organovo thinks those long-term prospects are good, with revenue potential for its exVive3D product of more than $100 million annually. If you like the company's fundamental business outlook, don't worry about short-term volatility.

And if you don't have a good feeling about Organovo's long-term future, you've invested in the wrong company. 3D bioprinting could be a revolutionary technology, but it's likely going to take several years for the revolution to fully materialize. There will no doubt be plenty of ups and downs along the way.