Why did Sony’s set-top box flop in Western markets?

Sony (SONY 0.84%) recently stopped shipping the PlayStation TV in North America and Europe. The device, which initially cost around $100, was introduced in Japan in late 2013 and launched in North America and Europe the following year. Contrary to earlier reports, the PS TV will continue to be sold across Asia, where it might be used as a low-cost play for the Chinese gaming market.

Sony originally promoted the PS TV as a way to play PS Vita games on TVs. However, not all PS Vita games worked properly on the console, due to its lack of gyroscope and microphone support. A software update in 2014 added support for PS4 Remote Play, which enabled PS4 games to be streamed locally to the console. Last August, Sony launched its PS Now cloud gaming service on the PS TV, which enabled gamers to play PS3 games on demand.

Sony hasn't released official sales figures for the PS TV, but a series of big price cuts suggested that they were poor. Last March, it slashed its price to £45 ($63) in the U.K. Last August, Sony cut the price again to a mere $20 in its online store. Therefore, Sony's decision to finally discontinue the PS TV wasn't surprising. Let's take a closer look at why the console flopped in Western markets, and what it means for the future of the PlayStation brand and cloud gaming.

What went wrong?
The PS TV initially looked like a good deal for gamers, because its library of PS Vita titles was arguably superior to those found on Android-based set-top boxes like Amazon's Fire TV. The addition of Remote Play essentially made it a second PS4, while PS Now turned it into a cloud-based PS3.

Unfortunately, there were two major problems. First, full PS Vita titles generally cost $20 to $40, while Android games on set-top boxes were either free-to-play or cost less than $10. That price difference meant that "casual" mobile gamers were less inclined to buy full-priced games for the PS TV. Second, the PS Vita was never a popular console. According to market tracker Vgchartz, Sony has sold 13.4 million PS Vitas over the past four years -- considerably fewer than the 80.8 million PSPs it sold between 2004 and 2014. That smaller audience instantly limited the PS TV's appeal, because gamers were more likely to buy the PS TV if they already owned PS Vita games. 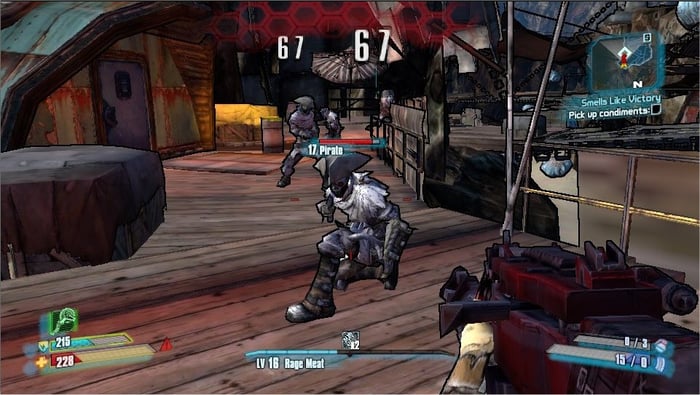 PS4 Remote Play and PS Now were promising upgrades for the PS TV, but they weren't exclusive to the console. High-end Xperia smartphones and tablets also gained Remote Play support, while the PS Vita, PS3, PS4, Bravia TVs, and select Samsung TVs were all connected to PS Now. Therefore, owners of any of those devices didn't really need to buy a PS TV.

A setback for cloud gaming
The partial discontinuation of the PS TV is a major setback for Sony's cloud gaming efforts, since it was the cheapest way for a gamer to play cloud-based PS Now titles. Sony also pulled the plug on the PS TV before it added planned support for PS1, PS2, and PS4 games to PS Now.

The addition of those games could blur the lines between console generations and help transform the "PlayStation" brand into a cloud service. PS Now currently costs $100 per year for unlimited access to its core games, which could be a good deal considering that full-priced games can cost around $50 apiece.

Sony's rival Microsoft (MSFT -0.04%) has taken more subtle steps into cloud gaming. Instead of streaming entire games through a single service, the company is using cloud servers to stream certain assets of multiplayer games like Crackdown 3. That move reduces the size of downloads and improves latency in online matches. In response to Sony's Remote Play, Microsoft enabled Xbox One players to stream their games to their Windows 10 devices. Microsoft is also reportedly working on a full cloud gaming platform codenamed "DeLorean," but we haven't heard much about the project since 2014.

A smart move for Sony
Last quarter, Sony's Game and Network Services revenue rose 10.5% annually and accounted for 23% of its top line. Sony attributed that growth to higher PS4 hardware and software sales, which were partially offset by a decline in PS3 sales. On the bottom line, the unit's operating income improved 45.5% and accounted for 20% of Sony's operating profits.

Sony noted that impressive year-over-year bottom line growth was partially attributed to an 11.2 billion yen ($99 million) writedown related to the PS Vita and PS TV in the prior year quarter. Therefore, abandoning efforts tethered to the PS Vita and PS TV to let the PS4 flourish seems like a smart strategic move. However, the lack of a lower cost streaming device raises unanswered questions regarding the future of its cloud gaming efforts.