In a press release, GoPro CEO Nick Woodman declares that "Splice, Replay and GoPro will combine to deliver what we believe will be the fastest and most enjoyable mobile editing experience" and become "the predominant editing platform of the future." Those are bold words, but let's discuss how much this deal actually means for GoPro, which has shed more than 70% of its market value over the past 12 months.

Why GoPro bought Replay and Splice
One constant criticism of GoPro's cameras is that they lack a streamlined backup and editing solution for mobile devices. The company made it easier to share content online by adding "trim and share" features last August, but analysts were unimpressed.

Last December, Morgan Stanley analyst James Faucette warned that "key challenges of off-loading, storage and editing content have not been adequately addressed for a product intended to be taken anywhere to record everything." That problem is especially noticeable when smartphone users can automatically backup their photos and videos with services like Google Drive.

Woodman previously admitted that a GoPro camera was like "an iPod without iTunes" and that the lack of proper backup solutions left users in a "dark forest." Last June, Woodman claimed that GoPro was finally developing a cloud-based platform for its users. But nine months later, the company still hasn't offered customers a glimpse of this platform.

Instead, GoPro recently signed a patent licensing agreement with Microsoft (NASDAQ:MSFT) for "certain file storage and other system technologies," suggesting that it might eventually integrate its apps into Microsoft's OneDrive cloud storage platform. 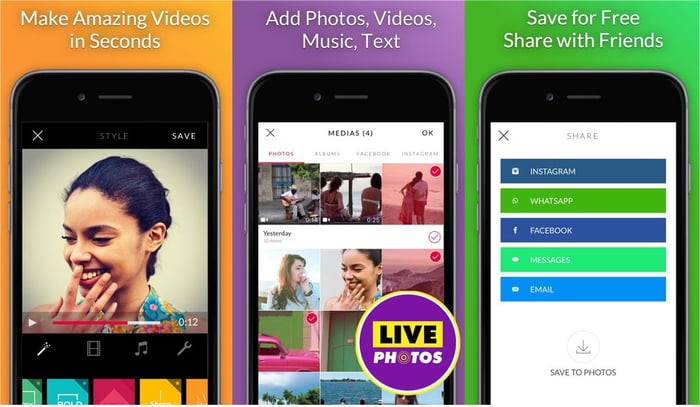 By buying Replay and Splice, GoPro can expand its mobile editing options, but it hasn't stated if it will integrate both apps' features into its core app. GoPro has stated that Stupeflix and Vemory will maintain their current offices, suggesting that both teams will retain some degree of autonomy. GoPro also bought the 360-degree video app Kolor last April, but its spherical features still haven't been integrated into GoPro's core app yet.

Too little, too late?
GoPro's purchases of Replay and Splice are seemingly aimed at addressing concerns that smartphones will render its action cameras irrelevant. Unfortunately, buying apps like Kolor, Replay, and Splice won't solve that problem since all three apps can also be used to edit smartphone videos.

That's the same problem which GoPro's recent live-streaming partnership with Twitter's (NYSE:TWTR) Periscope faces. Live-streaming GoPro footage to Twitter's timeline sounds game-changing, but only GoPro's core customer base of outdoor enthusiasts will likely use GoPro cameras instead of smartphones to do so.

GoPro might have also bought these two apps to prove that it can still make strategic acquisitions amid all of its buybacks and writedowns. GoPro authorized a $300 million buyback program last October. It spent $35.6 million of that authorization last quarter to repurchase 1.5 million shares for an average price of $23. Based on GoPro's current price of $12, that badly timed investment cost about $18 million. GoPro also wasted another $40 million over the past two quarters on writedowns related to the ill-fated Session. Therefore, it's at least a step in the right direction for GoPro to spend cash on acquisitions instead. 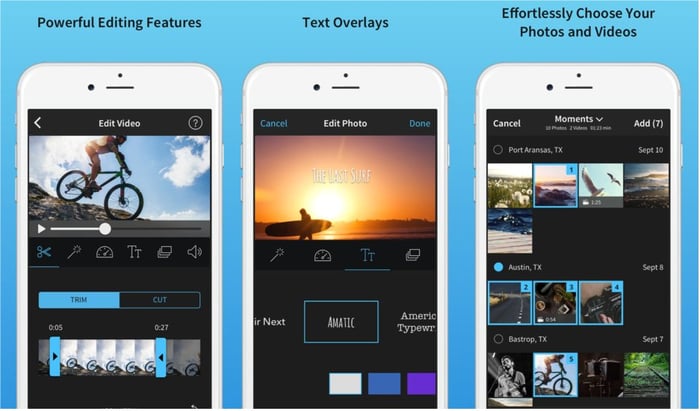 But these aren't the catalysts you're looking for ...
GoPro's acquisition of new video editing apps can help beef up its mobile editing capabilities, but it doesn't address the company's core problem of sluggish camera sales and a lack of a moat against cheaper rivals. For now, the main catalysts for GoPro are the upcoming launches of the Karma drone and Hero 5 cameras, which will either make or break the company by the end of the year.