Samsung, TSMC, or both? 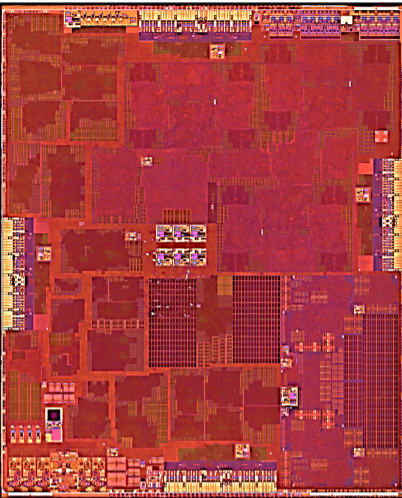 Last fall, teardowns conclusively revealed that the A9 processor inside of Apple's (AAPL 0.11%) iPhone 6s and iPhone 6s Plus phones were dual sourced from Samsung (NASDAQOTH: SSNLF) and TSMC (TSM 1.91%) -- a first for the iDevice maker.

Interestingly, two tear-down reports -- one from Chipworks and one from iFixit – show the use of an applications processor with part number "APL1022." This part number represents the A9 chip manufactured by TSMC.

A question that some might have, then, is the following: "Are the A9 chips inside of the iPhone SE exclusively built by TSMC, or is Samsung in the mix, too?"

Answer? It's both
Without actually tearing down the chips themselves, there was a very simple way to identify -- using the popular performance benchmark, Geekbench 3 -- which version of the A9 chip you got in your iPhone 6s/6s Plus. Take a look at the screen-shot that I took with my iPhone 6s. You'll notice that the name of the motherboard in this case is "N71mAP." This particular string refers to the TSMC-built A9, while iPhone 6s phones with motherboards that are identified as simply "N71AP" have Samsung-built A9 chips.

To try to figure out if the iPhone SE uses applications processors sourced from both chipmakers (something that is very likely to be the case), I looked at the different iPhone SE models that have been popping up in the database.

Sure enough, it turns out that there are two distinct motherboards for the iPhone SE as well. One identifies as "N69AP" while the other shows up as "N69uAP." It's not clear at this time which one refers to the TSMC chip and which to the Samsung chip, but it seems clear to me that both are used.

A number of really good reasons come to mind.

First, the A8 chip inside of the iPhone 6/6 Plus is built on TSMC's 20-nanometer process. The Taiwan-based foundry has been quite clear that it wants to reuse factory space and equipment from 20-nanometer for production of 16-nanometer manufacturing, especially since the processes are in key ways quite similar.

Next, Apple is seemingly trying to gain share at the $399-$499 price points and one relatively inexpensive way to differentiate in this market is to use a class-leading applications processor. Indeed, the older A8 offered a respectable amount of performance, but the A9 offers arguably the best CPU performance available in a mobile device today and extremely high graphics performance.

Finally, the A9 integrates the M9 motion co-processor onto the same die, which likely allowed Apple to save some space on the logic board. A smaller logic board means that more room in the already small and slim chassis can be dedicated to the battery.