Investors are hoping that its new CFO will help turn things around for the indebted sand supplier.

What: Shares of frack sand producer Fairmount Santrol (NYSE: FMSA) climbed 26.7% in March. Despite posting weak fourth-quarter earnings report and an analyst downgrade, the company mostly surged on the announcement of a new CFO.

So what: The reason investors appeared to be so excited about Fairmount getting a new CFO is that the company was in dire need of getting its financial house in order. As it tried to rapidly grow as a supplier of sand to oil and gas producers for hydraulic fracturing, it became a heavily indebted company. Even when it went public back in 2013, it was already strapped with an onerous debt load that has become extremely difficult to cover as prices and demand for frack sand have evaporated. 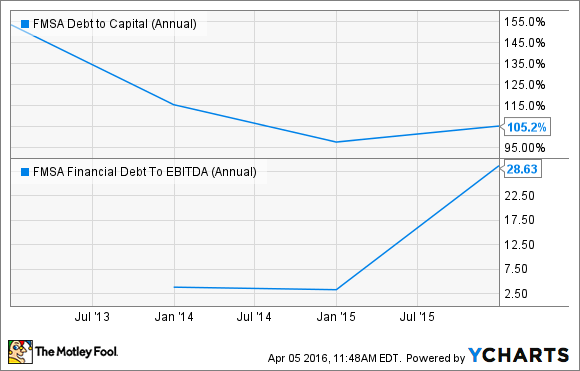 On March 3, the company announced that it had appointed Michael F. Biehl as its new CFO. Biehl had been the CFO at Chart Industries since 2001, a company that during his tenure had been managing the rapid growth of its industry -- LNG liquefaction equipment -- while maintaining a much more reasonable balance sheet.

Getting Fairmount's financial house in order will be a major challenge over the next year or so. The company's earnings have already dipped into the red over the past two quarters, and shale drilling activity is still on the decline without any clear signs of improvement over the next several quarters. One thing it has going for it is that one of its new sand facilities will come on line and reduce total capital expenditures for the year to $15 million-$20 million.

Now what: Frack sand is a tough, tough business. First, there is the issue of being beholden to the whims of oil and gas producers' spending habits. Then there is the continued fight to move down the cost curve since there aren't a whole lot of differentiating factors among its peers when it comes to sand used in hydraulic fracturing. Having a new CFO in place that could enact a little more discipline could certainly help the company's prospects going forward, but with that much debt on the books, it's hard to see Fairmount making a rapid recovery anytime soon. So it's probably best to simply stay away from this stock rather than see this past month's pop as a sign that conditions are improving for the business.