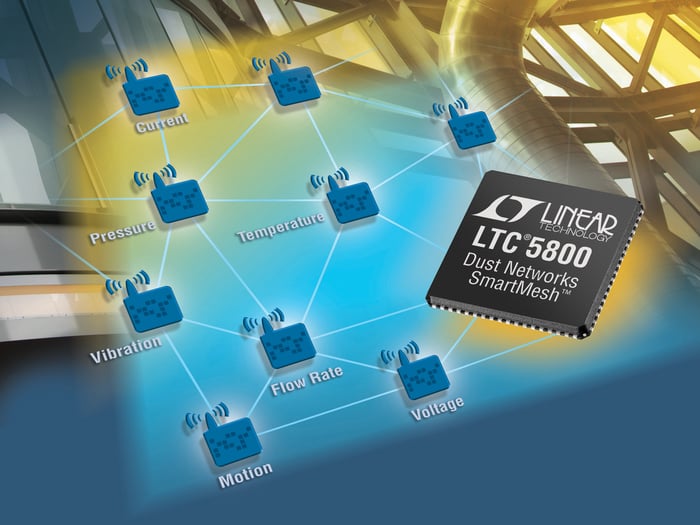 Integrated circuits play a major role in the electronic devices that have powered many technology companies higher, and Linear Technology (NASDAQ: LLTC) has benefited from increased demand for its circuits over time. Yet for more than two years now, Linear Tech's share price has been stagnant, and coming into Tuesday's fiscal third-quarter financial report, investors expected that the company's revenue and earnings would continue to drop from year-ago levels. Linear Tech's actual results weren't quite as bad as most were anticipating, and gains compared to the most recent quarter could show that the company is finally starting to bottom out. Let's look more closely at how Linear Technology did last quarter and what it says about its future.

Linear Tech gives investors hope
Linear Technology's fiscal third-quarter results offered investors the ability to draw different conclusions based on their views of the company. Revenue fell 3% from year-ago levels to $361.1 million, but that was 4% higher than what it posted in the fiscal second quarter. Similarly, net income of $128.4 million was 5% lower than Linear Tech had in the fiscal third quarter of 2015, but it was up almost 6% from the previous quarter. That produced earnings of $0.52 per share, which beat the consensus forecast by $0.02.

Looking more closely at the numbers, Linear Tech still showed signs of some of the same pressures it has faced in past quarters. On the expense side of the income statement, research and development costs and general overhead both rose from year-ago levels despite the decline in top-line revenue. Operating margins therefore fell by 1.65 percentage points to around 45%, even in the face of improvement in cost of sales that helped boost gross margins slightly. A decline in the provision for income taxes helped Linear Tech keep its profits relatively healthy.

Linear Tech highlighted the most successful parts of its business. The Industrial and Transportation markets helped power the company's growth in the quarter, but Linear Tech also called out the Communications segment as showing improvement. The Industrial sector makes up 44% of bookings during the quarter, with Transportation accounting for 24% and Communication weighing in at 18%. Geographically, North America and Europe together made up about half of Linear Tech's sales, while 13% of revenue came from Japan and the remainder was from the rest of the world market.

CEO Lothar Maier accentuated the positives in the report while recognizing some of the difficulties. "The macroeconomic climate continues to be weak overall," Maier said, "and we continue to see some weakness in our business in certain geographies and markets." Yet the CEO noted that revenue was at the top end of its guidance range, and Linear Tech's gross margins lead the industry.

What's next for Linear Technology?
In addition, Linear Technology sees some positive signs for the future. As Maier noted, "We are seeing signs of improvement over our broad base of customers, and the Transportation market in particular continues to fuel strong growth for us. In addition, we saw higher bookings in our two other major markets, Industrial and Communications."

Linear Technology also said it expects solid results for the fiscal fourth quarter as well. Guidance suggested that if bookings rates stay relatively constant, revenue for the current quarter should climb by 2% to 5% compared to third-quarter levels. That might not be enough to produce year-over-year growth, but it should nevertheless keep the company moving forward in an encouraging way.

Linear Technology investors reacted positively to the results, sending the stock up about 1.5% in after-hours trading following the announcement. With the stock having been stuck near current levels since late 2013, what Linear Tech needs is a true breakout earnings performance. Unfortunately, investors will have to wait at least three more months before it gets that kind of news.