Chances are that if you've filled a prescription recently at the pharmacy, you need little introduction as to the growing expense of prescription drugs. According to actuarial and consulting firm Milliman, prescription-drug costs advanced by a whopping 13.6% in 2015, which was the fastest rate of drug inflation since prior to the Great Recession. At this pace, it would take far less than a decade for branded drugs to double in price.

Rapidly rising drug prices are a concern not just for end users who are picking up prescriptions at their local pharmacies, but for insurers, as well, who could wind up passing along exorbitant premium price increases to all of their members. They do this to cope with drug costs that are vastly outpacing the general rate of inflation.

The staggering cost of R&D and drug approvals
Lost in the discussion is the truly staggering cost of what it takes to develop a drug from start to finish. For context, it's important to understand that taking a drug from the discovery stage to pharmacy shelves is extremely rare. Medscape pegs the ratio of researched drugs to eventually approved therapies at between 5,000-to-1 and 10,000-to-1. However, if a drug manages to gain FDA approval, the cumulative direct and indirect expenses are huge.

How much you do you think it costs to develop a drug and see it to market approval? One hundred million? Five hundred million? One billion? Even if we added these figures together, we wouldn't even be in the ballpark according to a 2014 study released by the Tufts Center for the Study of Drug Development. 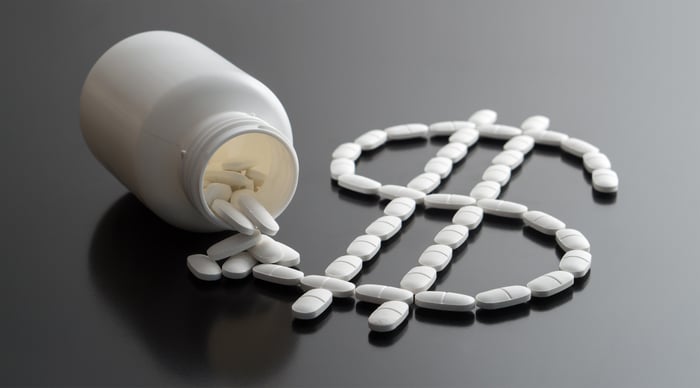 After examining 10 pharmaceutical companies and 106 randomly selected drugs that were first tested in human clinical trials between 1995 and 2007, Tufts estimated that the true cost to bring a drug to market was $2.56 billion (in 2013 dollars). This figure includes just shy of $1.4 billion in average out-of-pocket costs to the drug developer, as well as $1.16 billion in time costs, which are essentially the expected returns that investors forgo while a drug is in development.

Believe it or not, this $2.56 billion isn't even the end of it. Tuft's CSDD also estimated the cost of post-approval research and development at another $312 million. This involves studying approved drugs in post-approval trials, analyzing side effects, and researching new dosing methods and regimens.

These post-approval costs are a condition of approval from the FDA. Thus, the grand total is more like $2.87 billion in direct and indirect costs per approved drug! Keep in mind, as well, that this study was conducted a few years prior, so it's quite possible total costs could be pushing past $3 billion per approved drug in 2016.

And we're still not done with the jaw-dropping data. Tuft's published a similar study 11 years prior (2003) that examined drugs first tested in human clinical trials between 1983 and 1994. Based on average out-of-pocket costs and capital costs that were around $400 million apiece, Tufts estimated drug development and approval costs at that time of $802 million (in 2000 dollars).

Adjusting this to 2013 dollars works out to $1.04 billion. This implies that drug development and approval costs have risen by 145% between both study periods, which is also consistent with the high rate of prescription-drug inflation we've been witnessing. 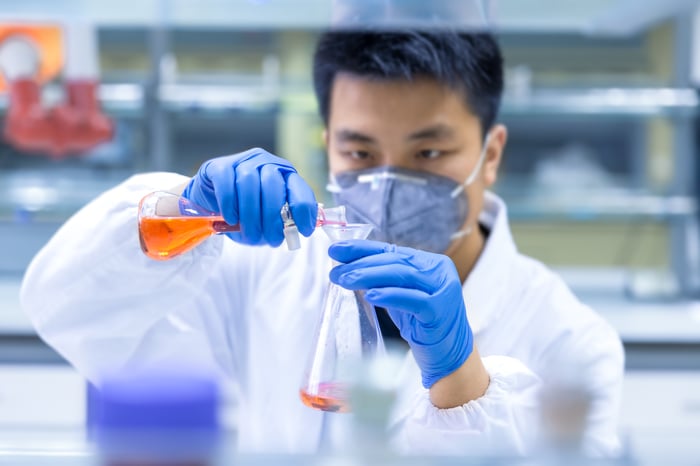 One major reason is the aforementioned failure rate of pipeline products. Investors typically only track products that have entered clinical trials -- many of which don't make it to pharmacy shelves. So, there's a gigantic world of preclinical, in-vivo, ex-vivo, and discovery-stage studies that are ongoing, or have failed, that need to be paid for. This nearly $2.9 billion cost factors in the reality that just a very minute fraction of studied molecules are going to be approved by the Food and Drug Administration, and that hundreds or thousands of other studies need to be paid for.

Time, as a function of patent exclusivity, is another crushing factor. Generally speaking, it can take an average of about a decade for a molecule to go from the discovery stage in the laboratory to an approved product on pharmacy shelves. Furthermore, the 20-year patent period on developing drugs starts ticking when human clinical trials are given the OK by the FDA.

The years spent testing a developing drug on humans is a direct cost to the drug developer, but it's also an opportunity cost, as it eats away at the 20-year period of patent exclusivity. This is often why drugmakers price innovative drugs so high, because they only have a finite period before generic competition appears.

Another key point investors would be wise to keep in mind are legal expenses. Developing a new drug involves not only testing it in the lab and (hopefully) in humans, but also defending its intellectual property in court against other drug developers. 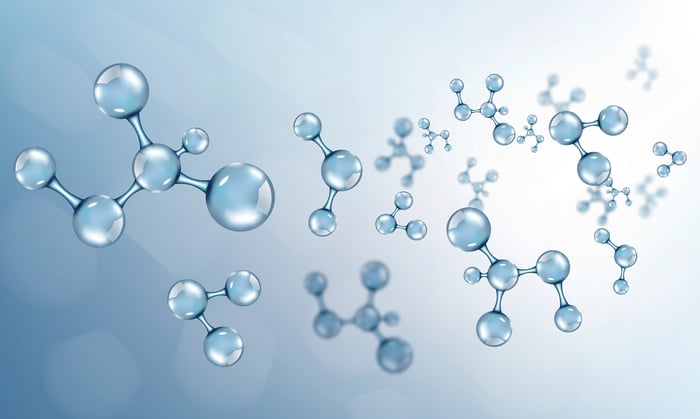 Lastly, Tufts has suggested that clinical-trial regulations are responsible for growing drug-development costs. An increased focus on large, drawn-out clinical studies that are targeting chronic diseases, as well as increased trial complexity, are pushing R&D costs higher. Ultimately, these costs get passed along to insurers and the end user.

Can drug costs be reduced?
The bigger question is whether or not drug development-and-approval costs can be reduced -- and to that end, there is no certain answer.

Democratic Party presidential front-runner Hillary Clinton has taken the most direct stance against drug companies by proposing prescription drug reforms last year. Clinton would take aim at drugmakers by potentially reducing the period of patent exclusivity, capping how much Americans could spend out of pocket on a monthly basis for eligible drugs. Also, and perhaps most interestingly, she would use the power of the federal government to negotiate prices for Medicare.

But there could be dire consequences. Attempting to curb prescription-drug inflation could discourage drug developers from researching orphan diseases. Pricing pressures could also push domestic drug developers to move their operations overseas to markets where regulations are more lax. If drug developers don't see a pathway to profitable sustainability, innovation could suffer, ultimately hurting patients.

It's unclear at this time if an amicable solution to curbing drug development-and-approval inflation exists, but you can be sure that it will be a key topic tackled by our next incoming president. As both consumers and investors, it's in our best interests to keep our eyes and ears open for any new developments.