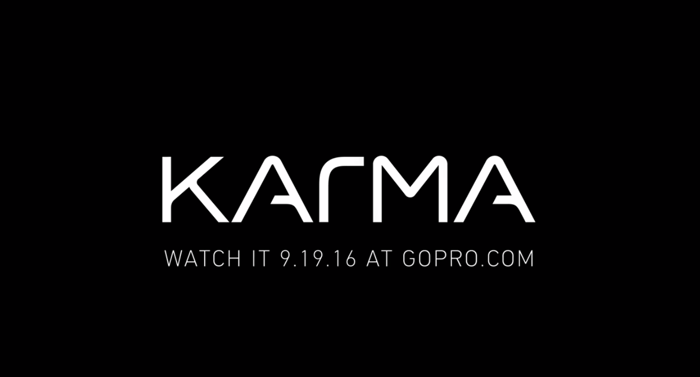 It wasn't just Apple (NASDAQ:AAPL) investors glued to this week's iPhone 7 announcement. GoPro (NASDAQ:GPRO) owners were also checking in, and judging by the stock's 7% slide in the past two days it's safe to say that the market is concerned about the leading maker of wearable cameras.

Apple's new iPhone offers some upgrades that appear troublesome to GoPro buffs. We can start with the exterior. Apple's new smartphone is now resistant to water and dust. That's a pretty big deal, making it a lot easier for extreme sports enthusiasts that have relied on GoPro to capture their exploits in the past to simply use their iPhone 7 the next time that they go dirt bike riding or surfing.

Then we get to the improved camera. Apple enhances its camera with every passing smartphone generation, but this time it's raising the bar on the iPhone 7 Plus by going with a dual-lens platform that will help it perform some photo tricks that are associated more with DSLR cameras than smartphones.

GoPro investors are nervous, but they don't need to be. Let's go over a few of the reasons to hold on to the stock at a time when many others are giving up.

1. Karma will help as we wait for another Hero

Delaying the Hero 5 camera and Karma drone have been devastating to GoPro's stock, but we're already starting to get a whiff of why the drone may be worth the wait. Karma finally has a release date, and it's 10 days away.

Fellow Fool Steve Symington points out some of the interesting things he noticed in last week's buzz-worthy Karma teaser put out by GoPro, but now it's out with a totally new clip that's also turning heads.

The new clip is shot in a library, and it also shows some nifty maneuvering. Viewer comments of the clip on YouTube are skeptical, especially the way it seamlessly ducks through book shelves and desk lamps. The clip describing the clip as being shot entirely on a Hero 4 camera -- but with no mention as to if it was shot 100% on a Karma drone -- is raising questions.

That's fine. At least people are talking about a GoPro product again. After several quarters of sharp sales declines and two years removed since the Hero 4's debut we're getting some shiny new toys to play with. The Hero 5 camera can't be too far away. Product delays are unfortunate, but at least the drone is now heading our way.

2. GoPro is becoming more than just a hardware company

There's a lot riding on Hero 5 and Karma, but GoPro has been taking some nifty steps to make sure that it doesn't suffer a similar fate when sales go soft as they have since last year. GoPro has been going on a quiet shopping spree. It acquired a pair of video-editing software start-ups earlier this year, following the purchases of three smaller companies last year.

GoPro is building out cloud-based storage solutions, creating content monetization and distribution for its more ambitious users, and there's chatter about it making a big push into original content in the coming months.

Services and content will help offset the highs and lows of hardware product cycles. It will also make it less susceptible the next time that a competitor or potential challenger puts out a shiny new plaything.

3. The stock has already taken a beating

Spiffier camera features in Apple's new smartphone would be brutal if GoPro stock was on top of the world, but it has already crashed. The stock surrendered 71% of its value last year, and it was having another brutal year until it bottomed out in the single digits back in May.

GoPro stock has started to bounce back, but it's still down 25% year-to-date. It's fair to say that GoPro shares were overvalued during its post-IPO frenzy in late 2014 and early 2015. However, it's also fair to argue that the pessimism has overrun GoPro's reality. This is a challenging time for the former market darling, but GoPro continues to see its business bouncing back later this year. Worrying about Apple -- a great company, but one that commands just a sliver of the smartphone market -- shouldn't be an unhealthy obsession.

The new iPhone costs as much as $969, pricing the Plus model with its dual lens camera out of reach for many of the younger GoPro buyers. It will make a dent in GoPro's potential for Hero 5 sales later this year, but it will be a small dent.