When it comes to the most controversial aspect of Barack Obama's presidency, it very well might be the passage of the Affordable Care Act.

Known colloquially as Obamacare, the ACA was designed to hit a number of key points. First, it was created to offer affordable medical care access to low-income individuals and families that previously couldn't afford health insurance. Secondly, it looked to make the process of buying health insurance easier by creating four coverage tiers and making marketplace exchanges as transparent as possible. Third, it aimed to make insurance companies accountable for their patients by requiring them to spend 80% of their collected premiums on medical care for members, and by removing the ability for insurers to reject patients for pre-existing conditions. Lastly, it aimed to control medical cost inflation over the long run by inducing competition, promoting transparency, and offering easier medical access to millions of people who'd previously never had health insurance before.

After more than a year and a half on the books, Obamacare has indeed met some of its goals. More than 11 million people now have health insurance who didn't previously have access to insurance. Gallup's Q2 statistics show that the uninsured rate stood at 11.4%, substantially below the 18% figure logged in the quarter prior to Obamacare's official implementation. Medical cost inflation has also been tamer than historical standards, but that may have more to do with the lingering effects of the Great Recession than Obamacare's marketplace exchanges.

However, one criticism Obamacare has yet to shake is whether or not it's going to ultimately cost America jobs.

Obamacare's perceived effect on jobs in America
In one corner, we have the optimists, who suggest the move to digital health records, and an influx of insured patients, will only improve the demand for healthcare workers and be a boon for the U.S. economy. With so much money flowing into healthcare, it seems logical to optimists that the effect on jobs should be positive.

In the other corner, skeptics believe Obamacare is bad news for the U.S. jobs picture. For starters, there are concerns that the medical device excise tax, a 2.3% tax levied on the total sales of medical devices to assist in paying for Obamacare's expected $1.2 trillion cost over its first decade, could drive innovation overseas. With the medical device sector already highly competitive and facing margin pressure, adding a 2.3% tax could be the straw that kills domestic innovation in this area and costs the U.S. jobs.

The bigger concern, though, is the increased costs associated with the employer mandate. Under the employer mandate, employers are required to offer full-time employees access to health plans. More importantly, employers may also need to provide financial assistance (e.g., a subsidy) to their employees if the cost of purchasing health insurance for a full-time worker exceeds 8.5% of their modified adjusted gross income.

The thinking here is that employers are either going to scale back workers' hours below 30, since 30 hours is considered "full-time" under Obamacare, or simply lay off workers in order to keep their costs under control.

On the surface, the answer appears to be "no," but there's a catch, and we'll get to that in a moment.

In terms of reducing workers' hours, although we did observe a few higher-profile instances of this happening shortly before Obamacare was implemented on Jan. 1, 2014 -- nationwide movie chain Regal Entertainment, for example, moved thousands of workers to part time from full time and blamed Obamacare -- data from a recent ADP Research Institute report suggests that no such reduction is under way. The percentage of the labor force working less than 30 hours, 30-34 hours, and more than 35 hours was more or less the same at the end of 2014 as it was by the end of 2013, just before Obamacare went into full effect. Therefore, worker hours appear to be largely unchanged.

Additionally, it doesn't appear that Obamacare has had a material impact on the U.S. jobs market, either. Since being implemented, U.S. nonfarm payrolls have expanded from 137.5 million in Dec. 2013 to 141.8 million as of June 2015. The current unemployment rate of 5.3% is also the lowest rate since 2008. All told, the jobs market looks healthier than it's been in years.

Now for that caveat: The U.S. economy is also a lot healthier than it was when Obamacare was first signed into law in 2010. Thus, it's difficult to tell if businesses are simply absorbing the potentially higher costs of providing premium subsidies to some of their employees because they feel it's the right thing to do, or if an expanding economy has necessitated businesses to hire, and a longer-term trend of employers reducing hours and laying off workers could still emerge. 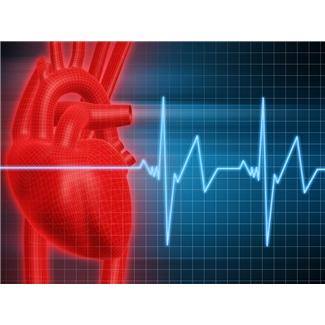 If there is one small component of the U.S. economy where Obamacare could be having an adverse impact on domestic jobs, it's arguably within medical devices. Stryker announced 1,170 job cuts, or about 5% of its workforce at the time, in 2012 in order to save $100 million annually prior to the implementation of Obamacare. Device maker Boston Scientific echoed a similar tone in 2011 when it announced 1,200-1,400 worldwide job cuts (although many would come from within the U.S.) while simultaneously making a $150 million investment in China and promising to hire 1,000 in the rapidly growing nation.

It's no secret that device makers being pinched by tightening margins could look overseas in an effort to lower their tax exposure and personnel costs. Obamacare may just be the impetus that pushes these device makers to act.

What this means for you
So, what does this mean for you, the investor? Based on the data we have through the first year and a half under Obamacare, it would appear Obamacare isn't going to be much of a financially disruptive force in the workplace. In other words, it may mean little in the way of layoffs or added expenses as businesses implement the employer mandate. That would certainly be music to investors' and Wall Street's ears.

This isn't to say we won't continue to see a story emerge now and then where job cuts or hourly cuts are blamed on Obamacare, but the data thus far seems to suggest that Obamacare isn't costing jobs in America (with an asterisk based on the aforementioned stronger U.S. economic growth rate).

It's worth continuing to monitor Obamacare as there's no telling what might happen if and when U.S. economic growth does slow, but for now, it's full speed ahead.