The conversation around climate change is heating up. On Sept. 19, protests took place around the world with citizens in over a hundred countries putting pressure on their national governments to take action on climate change. This is great news for green energy investors.

An engaged public can accelerate green energy adoption. It also puts pressure on large companies to utilize renewable energy. It's an exciting time to be a renewable energy investor in Asia. Here, I'd like to look at one Chinese solar company that is catering to the global solar market. 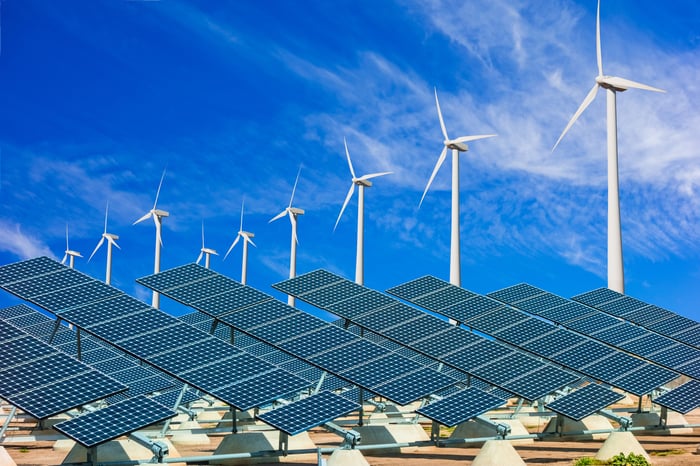 But first, let's take a brief look at the solar market as a whole, and understand exactly why this market has so much potential.

Solar is the fastest-growing sector of the renewable energy market. The global solar market is now expected to hit US$422 billion by 2022, growing at a compound annual growth rate (CAGR) of 24.2%.

Asia is fueling that growth with demand from both developing Asian countries and larger, developed nations like China.

In just 20 years, China transformed its nascent solar industry into a massive sector targeting markets all over the world. And this could be just the start.

Despite trade tariffs and short-term trade wars, the facts about solar power installation and cost are positive. The cost of installing solar panels has dropped by as much as 70%. That means that many countries are achieving grid parity, which is when solar energy is as affordable, if not more affordable, than fossil fuels.

In this kind of climate, solar companies are poised to continue to perform well. And in the Chinese market, one company to watch is Jinkosolar Holding Co Ltd (NYSE:JKS).

Keep an eye on Jinkosolar

Jinkosolar has had a great 2019 so far. The company's stock rallied over 30% after initial fears over a US solar tariff and has been working aggressively to expand its share of the global solar market.

In its second-quarter earnings, Jinkosolar reported that their overseas shipments of modules had increased by 21% year-over-year. This is positive news for investors, considering one of the reasons Jinkosolar is worth watching is its commitment to growth in international solar markets. The company also saw total revenue increase by 18%.

Jinkosolar also looks strong when it comes to its domestic market: China. In its earnings report, company leadership noted that many provinces in China are nearing grid-parity. This will make selling solar panels in China easier, likely boosting Jinkosolar's domestic sales and sheltering the company from any fallout from international solar tariffs.

The truth is that, even though tariffs may affect Jinkosolar's progress in the short-term, it would be silly for investors to turn away from the company because it has so much long-term potential.

Jinkosolar remains a good bet for investors who are interested in accessing China's booming solar market but still provides growth opportunities beyond the country's borders.

Jinkosolar is an excellent example of this. Even though Jinkosolar already has a stronghold on the Chinese market, it has continued to expand and seek out international customers. This will likely serve as an advantage as the solar market grows in emerging countries in both Southeast Asia and Africa.