An in-depth look at the leading sports stocks in the U.S stock market this year.

Sporting events have been around for thousands of years. For the vast majority of that time, they were largely a spectator event, and, outside of gambling, only the organizers and most talented contestants were able to make money from games.

Today it's possible to be an investor in a select number of publicly traded sports companies. After a pause during COVID-19 pandemic lockdowns, sports are back and are as popular as ever. It could be a good time to take a swing at a sports-related investment. 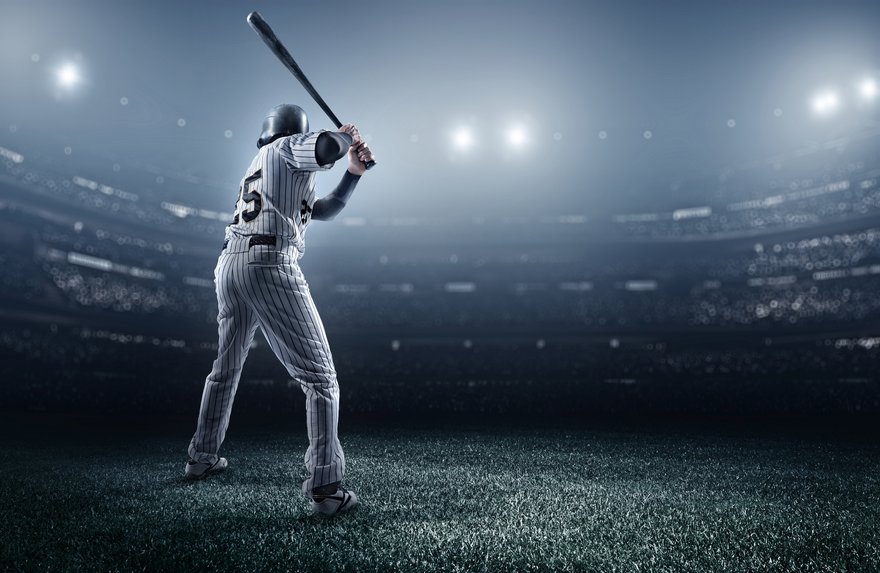 By some estimates, the global sports industry takes in more than $1 trillion annually. The largest portion of that massive amount of entertainment spending is sporting goods retail, so stocks of companies that make and sell sports equipment and apparel are a great place to invest in sports. Esports (video games as a competitive and spectator event) are also a hot industry investment trend right now.

Most sports leagues and teams are privately owned. For a more focused bet on specific sporting events, leagues, and teams, here are seven companies worth a look right now:

Vail is a leader in mountain and winter sports. The company's namesake property in Colorado is a world-class destination for skiing, snowboarding, and other outdoor recreation, but Vail Resorts is actually a collection of 40 locations, mostly in the U.S. It also owns Whistler Blackcomb in British Columbia and a handful of Australian resorts.

Besides selling tickets to its ski lifts, Vail also offers ski lessons, sells and rents winter sport equipment, operates as a resort, and makes money from dining and lodging. The pandemic deeply affected its business, but Vail's revenue and profitability rallied in the 2021-22 ski season as travel and recreation activity gradually started returning to normal.

Four years after the U.S. Supreme Court deemed sports betting legal, more than half of U.S. states now allow for sporting event wagers. Churchill Downs stock is a unique way to play this movement in tandem with the world-famous event it organizes every year, combining a horse-racing venue with gaming and casino operations.

Although Churchill Downs is best known for the annual Kentucky Derby, it has several facilities with hotels, gaming, and gambling in Kentucky. It also owns TwinSpires, one of the largest online horse-racing wagering and sportsbook platforms. For a top bet on a premier sporting event, as well as on the growth of the burgeoning sports wagering industry, look no further than Churchill Downs.

Some sports fans may not view professional wrestling seriously, but WWE fans -- and investors -- might take exception. The league has an army of global viewers, and the stock has produced market-beating returns over the past decade. Media entertainment is the name of the game here, and WWE has a history of nurturing personalities that gain pop culture-level success (Dwayne "The Rock" Johnson is one example). The company churns out weekly spectator events and has steadily increased the value of its content via pay-per-view and network licensing fees to its pro wrestling competitions.

WWE has also entered the TV streaming era and made NBCUniversal's Peacock service -- owned by Comcast (NASDAQ:CMCSA) -- its home for the WWE Network. WWE may not have the same clout as other U.S. professional sports leagues, but don't count out this wrestling leader's ability to monetize its millions of fans.

MSG Sports is the product of a 2020 spinoff in which Madison Square Garden Entertainment (NYSE:MSGE) -- owner of the iconic venues Madison Square Garden and Radio City Music Hall in New York City, among other real estate investments -- became a separate company. It's a rare way to own a piece of an actual sports team since MSG Sports is the parent of the National Basketball Association's New York Knicks and the National Hockey League's New York Rangers.

The NBA and NHL seasons were put on temporary hold in 2020, making MSG Sports another pandemic rebound play. Over the long term, this company's fortunes will ebb and flow with the success of its two primary franchises. The Knicks made a return to the NBA playoffs in the 2020-21 season, which could be an especially positive development if the team can remain competitive. Additionally, MSG Sports owns esports teams that are part of Counter Logic Gaming, a league that competes in video games such as League of Legends, Fortnite, and Super Smash Bros. It also owns Knicks Gaming, an NBA 2K League esports team.

Manchester United stock is an even more focused individual team play than MSG Sports. It's the parent of the U.K.'s most decorated team in the Premier League (soccer, which is better known as football everywhere else in the world). Manchester United is a huge franchise, boasting some 1.1 billion fans and followers worldwide.

Since making its 2012 public debut in the U.S., Manchester United stock has struggled to gain traction. Shares are up just 5% (when including reinvested dividends) since the stock started trading following the IPO. Match attendance and broadcast revenue is starting to return, so Manchester United is one way to invest in the global sports rebound. Along the way, the stock also pays a modest dividend for those investors looking to generate some income.

The last two companies on this list are less-focused plays on sports events, venues, and teams, but they're nevertheless worth considering. Rogers Communications is one of Canada's largest mobile telecom and cable companies and is also a media company. Among its portfolio of assets are some sports team holdings.

Together with BCE (NYSE:BCE) (formerly Bell Canada), Rogers is a joint owner of Maple Leaf Sports & Entertainment -- the parent of the NHL's Toronto Maple Leafs, the NBA's Toronto Raptors, Major League Soccer's Toronto FC, and the Canadian Football League's Toronto Argonauts -- as well as several minor league teams and esports teams. Collectively, these assets make up a small fraction of Rogers' total financial results, but owning Rogers stock is one way to own a small slice of the competitive sports world.

This is not a simple publicly traded company stock. First and foremost, Liberty SiriusXM is a media group holding company with a majority ownership stake of another publicly traded company, SiriusXM Holdings (NASDAQ:SIRI), as well as a minority stake in Live Nation Entertainment (NYSE:LYV) and iHeartMedia. Among its assets are a minority stake in the MLB's Atlanta Braves and the Formula One Group racing league.

For investors looking to track the progress of these two sports assets removed from the Liberty Media business, each trades under a separate stock. Braves Holdings, parent of the Atlanta Braves, trades as Liberty Media Liberty Braves (NASDAQ:BATRA)(OTC:BATR.B)(NASDAQ:BATRK), and Formula One trades as Liberty Media Formula One (NASDAQ:FWONA)(OTC:FWON.B)(NASDAQ:FWONK). Each stock has three share classes: A, B, and C. Class A represents one vote per share, B is worth 10 votes, and C represents a non-voting interest. It's a convoluted business model, but Liberty SiriusXM is one route to get started investing in the wide world of sports.

Entertaining people across media is what these top companies do.

Formerly in the shadows, betting on sports is becoming more mainstream. Here's how to profit.

The pandemic had a deep impact on sports, but spectator events have made a big comeback. Investing directly in sports leagues and teams is one way to get a financial interest in this large and growing industry. The digitization of sports is opening up new options for monetizing athletic endeavors. Sporting goods, digital media, and esports are other promising ways to invest and could be a far more profitable endeavor over the long term. If a focused play on leagues and teams is what you're after, these seven sport stocks are a good place to get started.